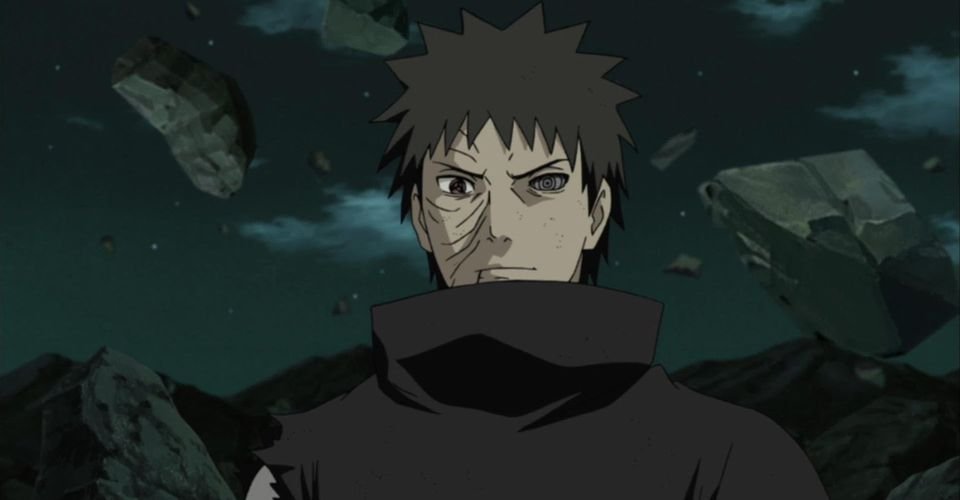 What is “evil”? There are a lot of ways one can describe what being evil means. Under normal circumstances, things or people with malicious intent or will to cause harm to others are called “evil”. However, good and evil are two sides of the same coin. Where it is good, there will be evil but there is a thin line that separates between good and evil. Some people weren’t supposed to walk the path of evil and darkness but sometimes due to the unfair game that fate played with them, they were left with no other choices. Everything in existence even if it’s not good has a reason behind it while some are just born evil with always an ill intention in mind whereas some are just victims of their circumstances and fate.

However, to develop and attain the highest point of a Sharingan which is known as the Mangekyo Sharingan, the Sharingan holder must encounter a drastic emotional impact and as a result, most of the known Mangekyo Sharingan holders in the Naruto series has gained this power by having encountered losing someone they deeply love or tragic events similar to that. The Uchiha Clan apart from having Sharingan are known for their distinct shinobi skills and high intellect, however, most of the Uchihas have their heart tainted with hatred, tragedy and generational anger which is valid.

Obito Uchiha’s path however wasn’t supposed to be like other Uchihas. Unlike the majority of Uchiha’s, Obito had a heart filled with compassion and love rather than hatred and anger. Being orphaned since the very beginning of his life, Obito always tried his best to do as much as he could to help and serve the people surrounding him. Obito wasn’t as gifted as other Uchiha’s, he lacked skills and wasn’t that much intelligent as most of Uchiha’s but what he had was very unique to be seen among Uchihas. He had a kind heart and always aspired to be the first Hokage from the Uchiha clan. Just like Naruto, Obito had the same aspirations, dreams and the drive of the same degree of becoming Hokage, so that he could help others as much as he can. But unfortunately, fate is something nobody can determine and not everyone is destined to achieve greatness. Obito despite having the same heart as Naruto filled with kindness and willingness to help others wasn’t as lucky as Naruto. Obito’s heart at first wasn’t filled with hatred or anger, instead, it was filled with ideals and hopes. He didn’t want to become Hokage to gain power or something, but instead, he was in it so that he could be more selfless and devote himself to helping others. Obito was an extremely emotional person, when it came to the matter of people he dearly loved he was ready to give them the entire world if he could. After passing the chunin exams, Obito along with his rival Kakashi Hatake and the girl he loved Rin Nohara got assigned to a team under the mentorship of Minato who was Naruto’s father. In comparison to Kakashi, Obito was rather pale when it came to shinobi arts and skills but he was still a decently skilled shinobi and his determination was in no way lacking. Even though he was visibly envious of the praise Kakashi got for his talents, he never hated Kakashi.

On the very contradiction, he even put his life on the line to protect his rival from harm’s way on the battlefield. Obito was the one who taught Kakashi the value of friendship and how important it is to stick by them no matter what happens. Obito awakened his Sharingan while in combat with enemy shinobis, the very day Kakashi was supposed to be promoted to the rank of jounin. Obito even proved how deeply he actually cared for his friends when he threw away Kakashi from a pile of falling boulders and instead got crushed by the boulders himself which ruined one side of his entire body. And as he was dying beneath the rocks he gave his intact Sharingan to Kakashi as a parting gift. Obito’s story didn’t end there as later on he was rescued by the elder Uchiha, Madara. Madara implanted a piece of Hashirama cell in the right side of Obito and nursed him back to health. While recovering, he soon learned that Rin and Kakashi are engaged in nearby combat. After learning this, he bolted towards them with the hopes of reuniting with them and helping them out. But when he reached there, the first glance he had was at Kakashi impaling Rin’s heart with a lightning spear. Upon seeing this Obito awakened his mangekyo Sharingan and the entire world around Obito flipped, his purpose in life and demeanour changed as he brutally murdered the shinobis from Hidden Mist village who were there while drenching the entire field with blood, showing his rage.

People think that witnessing the death of the person he loved the most in the entire world in the hands of his one and only friend is what caused Obito to turn. It is true, that this very incident directly impacted Obito into abandoning his path and turn but what more compelled him to do so is what he realised from this incident and the world around him. He realised that true peace is a false thing and it is impossible to achieve in this world. Just like Madara Uchiha said that “Where there is light… there will be shadows”, Obito from his own experience realised that not everyone in life gets lucky and darkness will always loom around wherever there is light. His initial goal was to become Hokage so that he could protect everyone from harm, but after seeing what happened to Rin he decided that he will have to protect everyone from everything. And to so the only way there was to submit to the plan Madara Uchiha had chalked out. After losing Rin, Obito only lost his hope and mind but also himself. Obito initially was just like Naruto both were orphans who had deep aspirations and kind hearts but Naruto had people supporting him and guiding him like Iruka Sensei, Kakashi, his friends from leaf village and other villages as well unlike Obito who had no one behind him. Naruto when he was on the verge of losing sight of his path, he was always backed by people who cared for him, they were the one’s who kept Naruto from abandoning his path and falling. While Obito had no one except for Rin, Minato and Kakashi and most importantly Rin. Rin was the one who brought light and hopes to the life of Obito. But when he lost Rin, he had nothing else to keep him going as he lost his hope and he started to live in a reality that is void of any kind of light. Obito Uchiha wanted nothing but just a peaceful world but a world without Rin in it was just like hell for him as he said himself.

And when he was in the dark hole of despair with nothing but pain and anger there was nobody to bring him back and show him light except he was then backed by Madara Uchiha. Obito after losing his mind and hopes became extremely emotionally vulnerable which made it easier for Madara to manipulate him and drive him like nothing but a puppet. Naruto and Obito were almost similar when it comes to ideals, determination, mentality, kindness and many things more but the difference between them was in the fact that Naruto had people behind him who would bring him back to the light if he stumbles or falls off his path in life but when Obito fell off there was nobody there for him to bring him back which made Obito fall deeper into the darkness.

Obito Uchiha- The Japanese voice of Obito Uchiha is played by the Japanese voice actor Wataru Takagi from Chiba Prefecture, Japan. He was born on July 25, 1966, and is also popular for his roles such as Onizuka from Great Teacher Onizuka, Zoro from One Piece, Oyamada Shigemasa of the NHK Taiga drama Sanada Maru, Shiba from Bleach, Wataru Takagi from Detective Conan, Teacher from Doraemon franchise, Caiman from Dorohedoro, Kenji from Initial D franchise, Okuyasu from JoJo’s Bizarre Adventure: The Diamond is Unbreakable and many more.