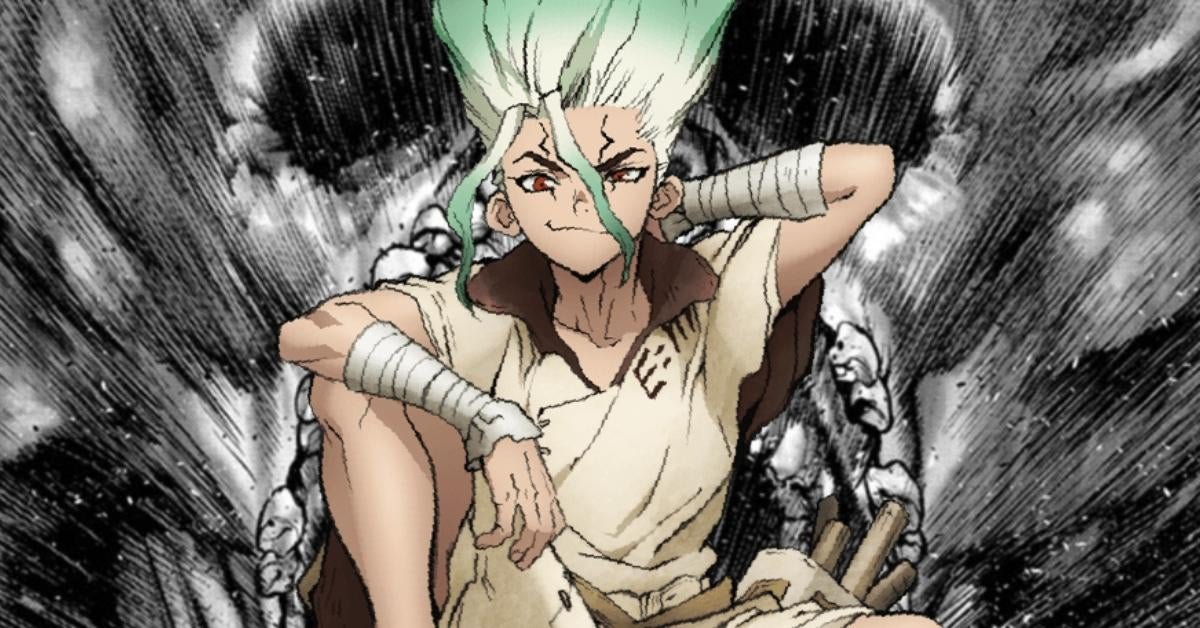 Are you an anime lover? If yes, then for you all the anime watchers we are back with another article! Keep scrolling to know about the reason behind Why-Man turned Earth into stone!

A Japanese manga series Dr. Stone, illustrated by the South Korean artist Boichi and written by Riichiro Inagaki. The series was serialized in the magazine named Weekly Shōnen Jump, which is published by Shueisha. This magazine debuted on March 6, 2017, after running for 24 tankōbon volumes the series is going to conclude on March 7, 2022. Anime series adapted from the manga series, which is directed by Shinya Iino whereas written by Yuichiro Kido. Music for the series was composed by Tatsuya Kato, Hiroaki Tsutsumi, and Yuki Kanesaka. Under the production company TMS/8PAN in the year  2019, the series premiered on July 5 and was broadcasted on the networks TVQ, TVA, Tokyo MX, TVh, KBS, BS11, SUN, and TBC. The series is running till the present along with 35 episodes. Medialink licensed the series to premiere in Southeast Asia whereas Crunchyroll licensed the series for North American fans. Are you also curious to know why Why-Man turned Earth Into Stone? Then continue reading this article to know everything about Why-Man!

Before starting the main article let’s get to know something more about the series Dr. Stone. This series is loved by almost every anime fan across the globe. Despite the appreciation from audiences, the series got a rating of 8.2 out of 10 by IMDb. Haven’t watched the series yet? If you are wondering whether to start the series or not, then don’t be confused. If you are a true anime lover and want to watch some series that make science look fun then the series Dr. Stone is perfect for you to watch. The storyline of Dr. Stone starts in 2019 AD when a mysterious flash suddenly turns all human life into stone. After 3,700 years, Senku Ishigami, a 15-year-old prodigy, suddenly revived and he found that all human civilization had already eroded. Senku decided to set up a base camp and study petrified humans because Senku wants to determine the cure as well as the cause of petrification. Will he find everything? To know the whole storyline you need to watch the series.

ALSO READ: On Titan Vs Naruto! Which One is the Best?

Kingdom of Science and Senku, when they started to investigate what was the actual reason behind petrification, they discovered that someone was sending messages to the radio tower in morse code. When the morse code was translated into the word why then they named the mysterious entity as Why-Man.

Why Did Why-Man Turn Earth Into Stone?

When the other humans and Senku reached the moon to find who was actually behind petrification, when they reached there everyone was shocked at the big reveal because Why-man is none other than the same Medusa Devices which actually tried to petrify the Earth. However, Why-man explained the truth to them that they wanted to offer humanity everlasting life. Actually, the mechanical parasites actually recognized that humans are the superior species and even wanted to progress them.

Where to Watch Dr. Stone?

I hope you had a great time reading this article, and want to know where you can watch the whole series? If you haven’t watched the series, Dr. Stone, then what are you actually waiting for! Watch the whole series right away on Netflix. Don’t forget to share your reviews in the comments section. Till then stay connected with ThePoptimes for more such articles.

READ MORE: Hisoka Vs Chrollo: Who Is Better? Who Wins?