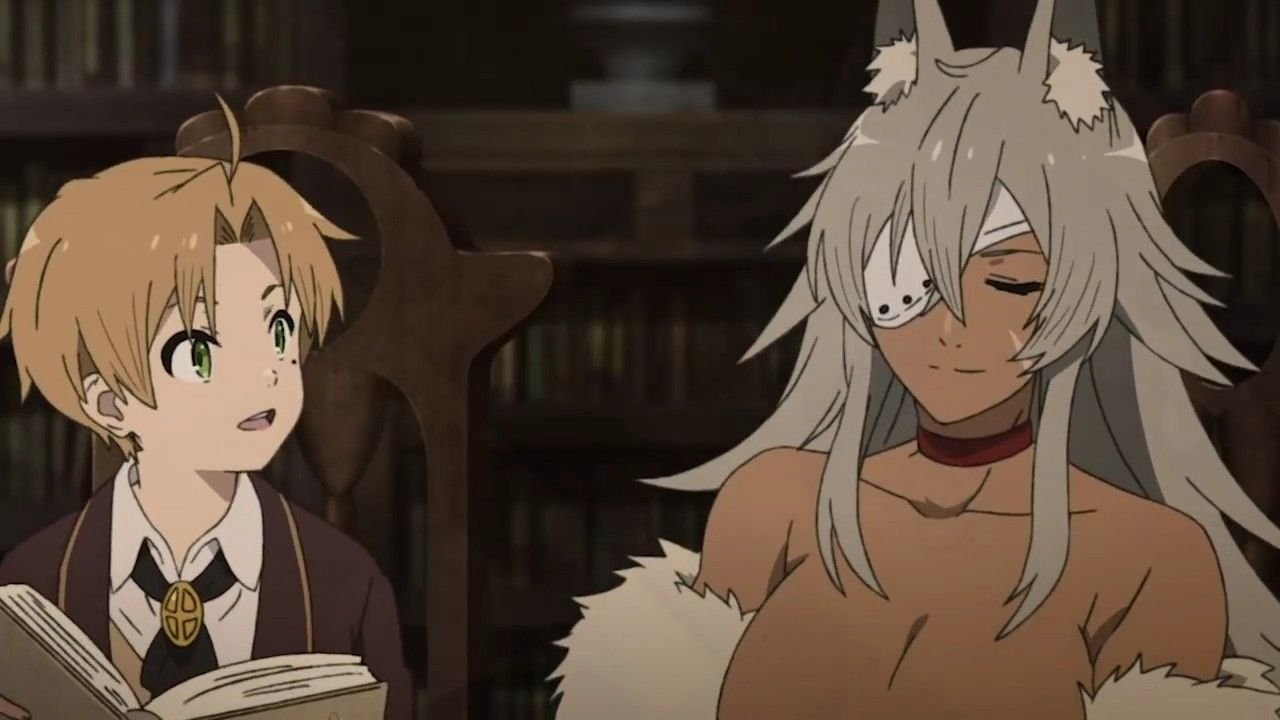 The series named Mushoku Tensei: Jobless Reincarnation is getting a new season and we all that fans have created chaos this series is all about how one in character is reincarnated, how and which powers they are having. so the basic synopsis of this series is An unemployed otaku has just hit rock bottom in his life as in he is having a very tough time with all the challenges he is getting and all he wants is a chance to start afresh so that he can figure out what else can be done, but just as he believes it might be feasible, he is then hit by a truck and killed! But Surprisingly, he is resurrected/ reincarnated as an infant in a weird new world full of swords and magic. Which is also known as a magic world and all the people over there are much more powerful than in a usual world. He then goes by the name called Rudeus Greyrat,  but another surprising thing is he remembers every bit yet of his prior life. Rudeus is reborn into a new family and uses his former experiences to strive ahead as a true genius in this magical world, equipped with wisdom beyond his years and a natural ability for magic.

So today we will be talking about how did Rudeus was reborn in detail as this is the gist of this whole series. This series has a very interesting genre which is called isekai in Japanese and has only 1 season now of 11 episodes.

Why Was Rudeus Greyrat Reincarnated?

As you have must guess that Rudeus Greyrat is the main character in the Mushoku Tensei: Jobless Reincarnation series, His siblings kicked him out when his parents died and for what he was kicked out because he was very much into himself and since then he didn’t care about anything. He was at such a terrible point in his life that he was caught watching unfaithful movies after his parents’ burial. He noticed four students who were about to be hit by a truck while strolling. Instead of pushing them, he was hit by it and died on the spot. This is how he was reborn as a newborn in some other world in a whole new family. Rudeus was a 34-year-old man who just sat around and gave up on life as we said earlier before being reincarnated in the Six-Faced World.

Just because of he was bullied and tortured hard at school for being so shy and silent, which led to his isolation of himself from the rest of the world and he also suffered very much. So after the time, he was reborn he wasn’t having any second thoughts about life. He was all in to live this life which was gifted though there were swords, powerful people, monsters, etc. So with life going he raised his parents, he married all the girls he fell in love with and he was the person everyone looked upon. There’s one interesting that he was one of the seven great world powers and in all, he was really happy.

Why Was He Reborn In Six Faced World?

As the matter of fact, he is the only one who was reborn in the six-faced world in every timeline and history.  it is known that this world is the strongest of all and this is God’s gift. Now there are many who was reborn. because this series is all about reincarnation. So they were Ruijerd, Eris, and Rudeus. and they were bowed to one God whose name is the creator god. Because he is the one who creates the six-faced world. Which consist of several sections and their own god in the dragon and human world respectively.

Where to Watch Mushoku Tensei?

This Anime is Available on Hulu and Netflix itself. For which you have to take a subscription but I must tell you it’s worth watching.