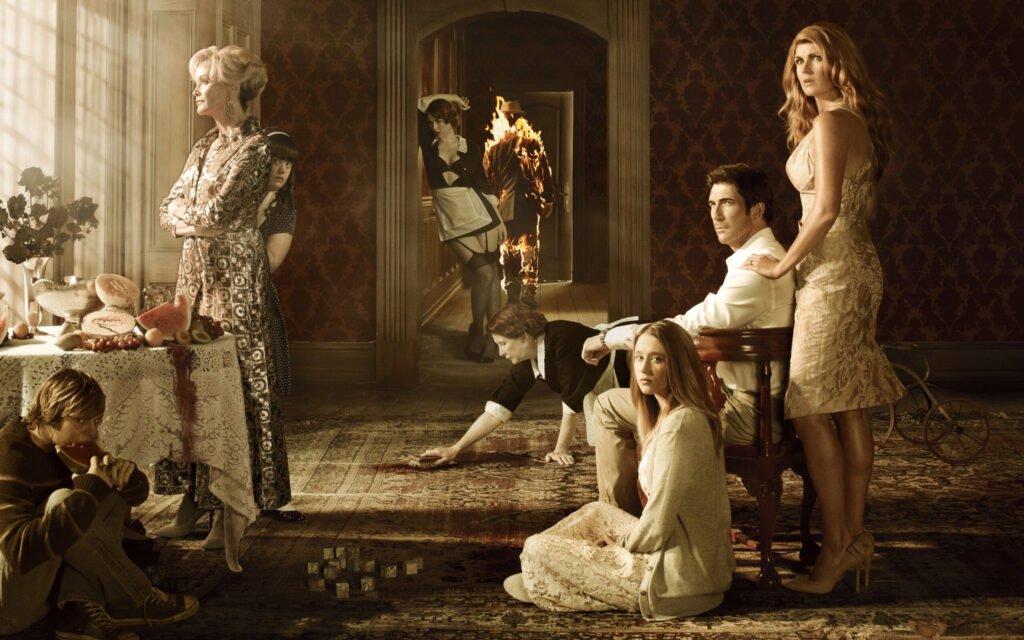 What began almost ten years ago has now become a sensation! There aren’t many who are not familiar with the show American Horror Story. What makes it the most intriguing is the format it follows. With every Season bringing a new story for us to follow, this spine-chilling show is an absolute treat for horror fans.

From house ghosts and haunted hotels to face-offs between covens, American Horror Story is where we go for our daily horror fix. After all, what other series combines freaky circumstances with glamour as well as AHS does? Remember when Lady Gaga and Naomi Campbell starred in it? Yes, that’s what we are talking about!

But, with rumors afloat about the 13th Season being the last one ever, we are a bit downcast. And today, we will dive deeper into these rumors and see if there is any fact in them.

Will American Horror Story 13 be the Last Season?

Set to come back with at least two more seasons after the ongoing Season 11, one thing is sure – AHS will continue to delight us for two more years, at the very least, until 2024.

But what happens after that? Although there has been no news regarding seasons after the 13th installment, there is absolutely no news to panic about. The producers have confirmed the release for Seasons 12 and 13, but they haven’t made any statements about the show being canceled or discontinuing after that.

There is no clarity surrounding this question yet, but we don’t have to worry either. With the show’s increasing popularity, it’s unlikely that the show will get canceled soon.

New York City is set ablaze with Season 11’s release. Set in the streets of NYC, this Season brings a lot of mind games and suspense.

Set in 1981, there is a murderer on the loose, going on a killing spree, and homosexual men are the sole victims. The issue wasn’t uncommon back in the day, so it makes sense that they chose to develop the story around this topic. The fans had been dying for just a glimpse, a teaser of the 11th Season before its release, and all we can say is the makers did NOT disappoint.

The first episode begins with a bang, setting the mysterious mood very early. With the visualization and the music, it adds up to a very thrilling ride. As the story moves forward, we meet Gino, a reporter who is shocked and disturbed by the current state of events. And his boyfriend, Patrick, turns a blind eye to the horrible news. This denial from his boyfriend’s side aggravates Gino’s state of mind even further.

Unable to sit still and wonder whether he and his boyfriend will be the killer’s next victim, Gino puts his Sherlock hat on and begins investigating the case himself. This leads to his meeting with the very eclectic and strange Henry Graham. Is this new acquaintance of Gino’s good news or bad? We’ll see as the story goes forward, won’t we?

The story continues throwing mind-bending twists at us with all the disappearances and past trauma revivals, not to mention the death threats that Hannah receives. This season is undoubtedly angling for a story with more depth than any AHS has seen. We all have our favorite American Horror Story seasons and cast, but we have to say this Season is proving better than most of them.

The intricate threads of stories that every new episode binds together to form webs of lies, deceit, and mystery make us more excited about what will happen next. We cannot wait for another episode to release and put us out of our misery.

We have to wait and watch where the story leads us. But in the meantime, let’s talk about the impending ending of our favorite show, shall we?

Don’t get paralyzed with fear yet because it’s not very likely that the AHS team will retire at any time shortly. And in any case, we are at least sure that we will have two more seasons of our favorite show, so why worry at all? Just log onto Disney+ Hotstar and get ready to be thrilled!