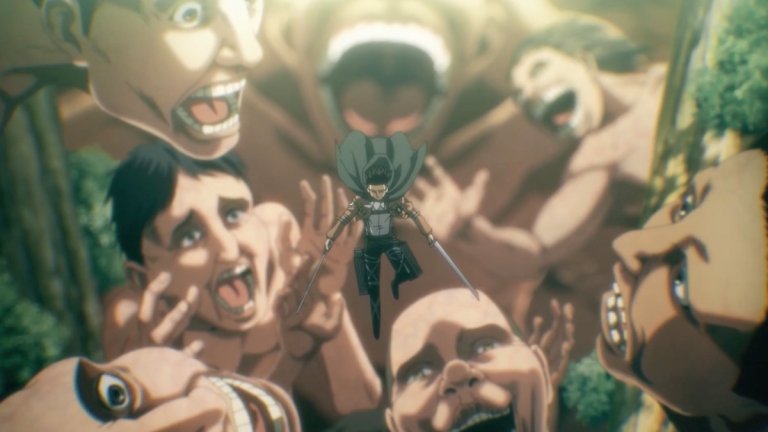 Will Eren Yeager Die In Attack On Titan? Well, Eren Yeager, the name that no longer needs an introduction now for he has immortalised his name for eternity not only in the world of anime or manga but that of the entire pop culture as well. Eren Yeager is the main protagonist or well antagonist of the world-renowned anime/ manga series “Attack On Titan” which is created by Hajime Isayama. Attack On Titan is majorly popular for its action, exquisitely and passionately written characters and not to mention its unique plot and intricate World set-up. But what makes it eligible to hold a special spot in the hall of fame is the fact that it goes way deeper than just action and drama it goes out of it’s way to talk about deep matters such as the duality of existence filled with complex politics, psychological and philosophical aspects. It brings in light and portrays the fact that there is no such thing as a “good guy” or “bad guy” but everyone is just a slave of their circumstances, circumstances they cannot help but just submit to and one must do what they have to do.

And this is where the character Eren Yeager just comes in and leaves a deep mark that one might remember to their grave. Not only Eren Yeager but the series Attack On Titan employs a whole lot of distinct yet interesting and influential characters in its series. The anime series is the first ever series with nothing as such as “main characters” Or “supporting characters”. True! That initially it was only following Eren Yeager only but the plot and the progression weren’t just stagnant on him. Gradually the series invested a serious amount of time in other characters as well and took the opportunity to deeply explore them, their motivation, psychology, mentality, history snd whole lot of other aspects without losing the point of focus on the main story which allowed the viewers to have a deeper understanding of the plot set up and a wider perspective of the world the series is based in.

And the series doesn’t only focus on one character and the world around them, but in fact, it focuses on The world and the characters involved with it. The progress of the series is also mindblowing, very few series (including non-animes) out there are capable of handling such a large scale world, with so many intricate details, foreshadowing which at some point plays role in making the  plot what it is. Not only the world but all the characters no matter how insignificant they seemed at one point evolved with time, as a result, there was nothing as such “insignificant character” in the series and each and everyone plays a vital role in the story. Another thing that makes Attack On Titan so special is it’s capability to communicate to the audience. If you watch Attack On Titan you will get attached to at least one character for sure, and it’s not just any usual attachment you will feel pain in their pain, serenity in their happiness and what not. The series successfully forges an emotional bond between the characters and the audience which makes the series a more intense emotional rollercoaster.

The thrills surrounding tons of mysteries and answered questions, the struggle of overcoming hard adversities, highly influential motivational moments, saddening moments of deep despair that might be psychologically inflicting all play an equal and essential role in making Attack On Titan the masterpiece it is. The series Attack On Titan whenever mentioned always bears a reverential tone. Fans were really astonished by the first season only. The impact that the first season (out of all the four seasons available now) left by the anime was monumental as very few or it is safe to say that no other anime in history has gained such admiration and recognition only with their first season. However, there is no way on Earth that all this hype and fame surrounding the series is overrated, in fact, it could be said that no matter how deeply the series is admired it will never be enough. The series just became better and better with the following seasons and more and more fans and even critics became astonished with the series.

It is of no surprise that the fourth season of the anime became the #1 anime in MyAnimeList.com and took the crown as one of the greatest anime ever made that was previously enthroned by the legendary masterpiece Fullmetal Alchemist: Brotherhood. The ratings of this anime series on popular review websites such as IMDb, MyAnimeList etc, pretty much explains what Attack On Titan actually is. The influence of this series is so deep that there is an enormous amusement park in Japan based on this series. Attack On Titan is a series that tells a tale filled with hatred, love, violence, peace, action, deep philosophy, mythology and a whole lot more than that.

Will Eren Yeager Die In Attack On Titan?

Before you proceed, if you are only following the anime, haven’t read the entire manga yet and don’t want to get spoiled then this is a good place for you to stop reading because major manga spoilers are coming up as evident from the title itself.

At the end of the manga, we find the Eren Yeager has turned into The Founder’s Titan, making him the strongest being alive in the world. We see Mikasa, Levi, Annie, Armin, Connie, Jean, Reinner, Piek, Gabi, Falco all trying their best to stop Eren from stampeding the entire world and bring about the extinction of all humans over the world except for those living in Paradis with the army of Colossal Titans under his command. This unprecedented apocalyptic event is known as Rumbling and it all occurred as Eren was left with two options either sacrificing his friends for the entire world or sacrificing the entire world for his friends and he choose the latter. In the last segment, we see the long-awaited union of Eren, Zeke and Ymir Fritz, who was the first ever Founding Titan in the Titan realm.

Here, Eren’s actual plan and motivation gained clarity not only to the audience but to the characters involved with the series as well. After a lot of incidents, lots of sacrifices, relentless struggle of all to stop Eren, it was Mikasa who struck down Eren and ended the war once and for all. It is then revealed that Mikasa always had feelings for Eren, and Eren as well had feelings for Mikasa but their fate failed to bring them together. Eren and Mikasa shared a kiss before Eren took his last breath. Eren died in the very hands of the person, who was by his side no matter what situation he was in and what circumstances he had to face and the person he ever loved. Mikasa from the beginning of the story was always there for Eren, she always felt for Eren yet she never could express her feelings due to their circumstances. The audience was extremely overwhelmed regarding the tragic end of Eren and Mikasa’s story but still, there was a notion of peace and love there as well when Eren took his last breath in the arms of his beloved Mikasa.

Eren- Japanese voice actor Yuuki Kaji was immensely praised and received world wide acclaimed for the iconic voice acting skills he showed while playing the role of Eren. He is from Tokyo, Japan and apart from Eren he also played a lot of popular roles such as Todoroki from My Hero Academia, Koichi from JoJo’s Bizzare Adventure, Kenma from Haikyuu, Nishikata from Teasing Master Takagi-san and a lot more. He won a lot of Seyiuu awards under the category of “Best Male Lead Role”.