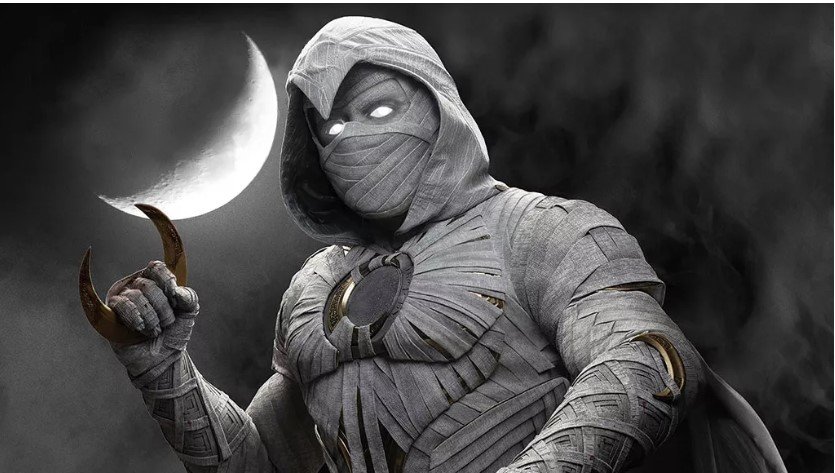 Hotstar, Disney released the new Marvel series Moon Knight TV series has intrigued marvel fans and also MCU fans because of its uniqueness. Moon Knight can be considered as the Fan- Favourite in the marvel universe. The TV series has been gaining great popularity and thus the question about his death arises.
Marvel releasing a new series Moon Knight who is considered to be a unique marvel hero. Due to his uniqueness, people are doubtful whether he can die or not?

We are not provided with why and how Khonshu brings Moon Knight back to life. We don’t even know if it can do for an unlimited no of times or a limited number of times. We even do know if they are a certain set of rules for bringing back him to life and if they are what are the rules. Is he brought back to life without any reason and all the time?

It is very unpredictable if Moon Knight can die. As we know that God will save us all the time from death. But Moon Knight is aging, and the power that God uses to bring him to life might be deteriorating his physical health. The body at one point in time cant can contain the power of the god.

The future of the series is very unpredictable as we don’t know if God can even perform resurrection anymore and bring back Moon Knight to life. So this unpredictableness makes it more interesting for the plotline.

Why Did The Question Of Moon Knight’s Death Arise?

Moon Knight has many instances where he was near death. He is a marvel hero of course he will have a situation where he might be dead. Other than the power position, death plays a very vital role in the story of the Dark Knight and his origin story. Marc Spector who is the person behind the mask of Dark Knight is from a very wealthy family who forged his way into the American army. But after being badly betrayed by his brother mark becomes disillusioned and starts working as a mercenary.

During this time he worked with terrorist Bushman who left him for dying in Egypt. On the verge of his death, he calls in an ancient tomb and survives the situation. When he wakes up he sees a statue of a god above him.

Upon waking up he thinks that Khonshu who is the god has saved him, and he got his second chance to redeem himself and fight for justice. This has made marc from a god follower to God fully inhabiting his body.

What is the fan-favorite Resurrection of Moon Knight?

The most fan favorite of the Moon Knight is the second one. He was then killed by Seth Phalkon. He was killed when was resulting from a meltdown that was sent to his company as a computer virus. He was killed in the process but God has brought him back. And ruined the plans of Seth and Bushman.

The series is based on Steven Grant who has dissociative identity disorder and suffers from backouts and has memories of another life. He finds out that the body is being shared by Marc Spector. He must be able to navigate through his multiple disorder and fight the mysteries of the Gods of Egypt.

Where to Watch Moon Knight?

Moon Knight is a show that is based on Marvel comics. It is the sixth Marvel Universe television series. The cast of the series is impeccable and makes it more desirable to watch.  The first episode of the series was released on March 30, 2022. It has released its 6th episode recently and has gained popularity a lot. Especially the plotline is very intreating with many twists and many constantly arising questions. These arising questions make the viewing experience very enjoyable and involving experience which is very good. You can stream the series on Disney Hotstar.

READ ALSO: Under The Banner Of Heaven Season 2: Released?