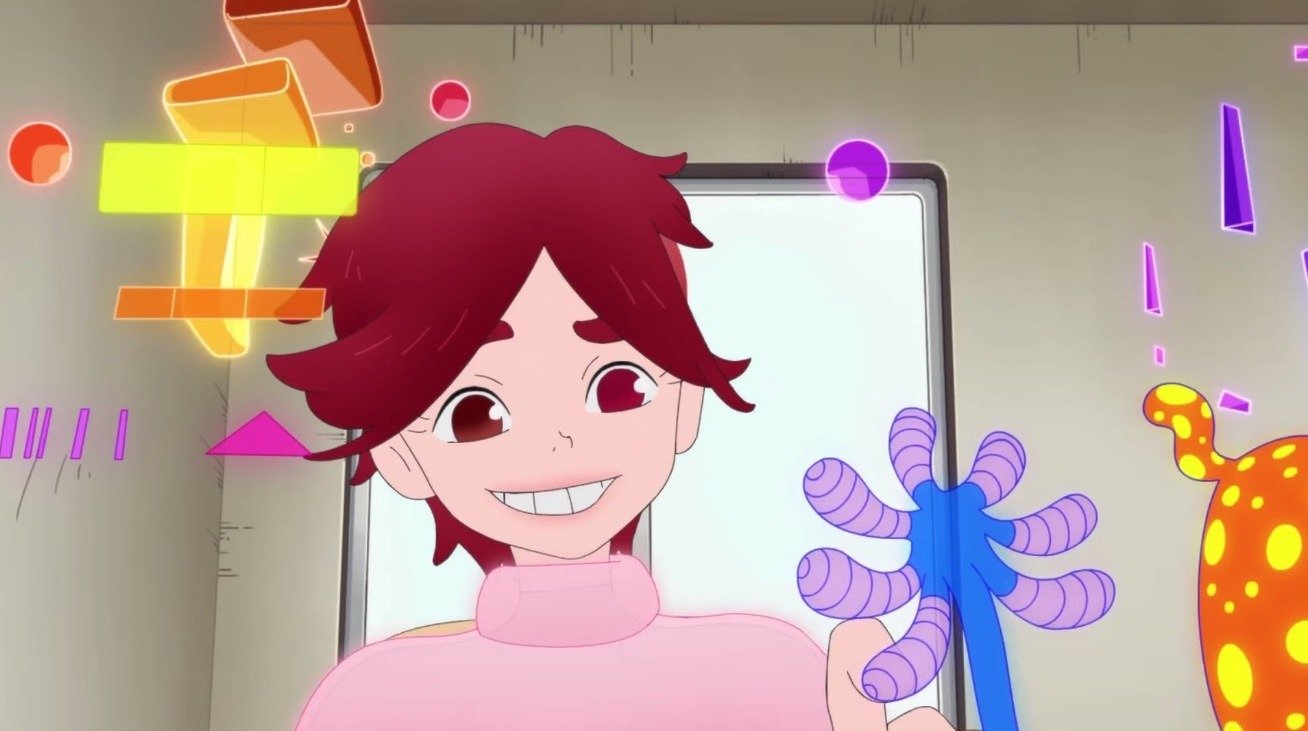 Yurei Deco or Yūreideko is a Japanese Manga written by Dai Sato and directed by Tomohisa Shimoyama. It is an original anime licensed by Crunchyroll and is not based on any manga. The first season was released on the 3rd of July, 2022 with the first episode titled, ‘The Adventures In Tom Sawyer’. Since its release, the anime has in total 4 episodes released at the moment. And currently, the show has 82% likes by Google users.

The show focuses on Augmented reality which people can use with the help of ‘Deco’ (Decoration customizer) eyes. A piece of equipment that can be installed in the eyes of a user. Read on to find out if the show will get a second season after the completion of the first. And do not forget to keep yourself updated on your favorite shows and movies or celebs here at @poptimes.

Season 1 of Yurei Deco was recently released on July 3rd  and since then the episodes are still coming out the show has now released 4 episodes in total. Each episode is released after the previous one under a week-long period. Now another question that pops up about the show is that although, the first season is still going on, will there be another season after this for the series?

To answer that, as of now, there are no talks or any kind of confirmation by anyone about a season 2 for Yurei Deco. It seems that fans and viewers have to wait and see before any update is available about the second season. Till then enjoy the first season.

The story is set on a digitally-controlled island called ‘Tom Sawyer Island’, in this island, there is a system that people live with called ‘Decoration Customizer’ or Deco. This gives people the ability to see augmented reality and even have holographic avatars that they can customize through ‘Love’, a type of currency. The story follows a young girl named Berry, who is a normal girl living on the Island who is obsessed with finding a criminal called ‘Zero’.

One day she chances upon a Girl called ‘Hack’, Berry is charmed by her and therefore meets and joins a team led by Hack called ‘Ghost Detectives club’. Gradually working with the group she comes to learn about a real criminal on the island called ‘Zero Phantom’ and together with Hack and the team, they aim to catch the criminal and in time they start learning more about the city.

Episode 4 of Yurei is the latest one released, in the fourth episode, starts after 4 months after the Zero phenomenon during which, Hack and Berry faked their death. However being considered legally dead, Berry loses her access to ‘Love’ (currency) and therefore becomes a Yurei. This leaves her with no choice but to settle in a Yurei settlement where she joins Finn’s Yurei Detective Club. Through a newly acquired deco camouflage, Berry returns to the city to help a client named Matsuname who had lost his deco avatar.

Later when she is able to get access to her parents’ workstation, she comes to find out that Matsuname’s Deco Avatar was accidentally deleted by customer service. She finally restores the deleted files of Matsuname’s Deco Avatar. Unfortunately, her parents had no idea that she was alive, and Berry has to listen to them mourning over her. During that time she also learns that there exists a secret backup system for the city that contains every uncensored data. Berry obtains a new lead which makes her decide to stay with ‘Yurei Detective Club’.

Berry is the protagonist of the story. She is a citizen of ‘Tom Sawyer’ Island, a city that is digitally controlled. Berry is a normal Tom Sawyer Island city girl. She has an obsession with finding a criminal called ‘Zero’ in the city. After meeting a girl named Hack, which Berry is charmed by instantly and whom she befriends, Berry comes to learn about a real criminal called ‘Zero Phantom’ and works with the team that Hack leads to catch the criminal.

She is the girl that Berry meets and befriends. The Hack is the leader of a group called ‘Ghost Detective Club’ they work to investigate a criminal lurking in the city known as ‘Zero Phantom’.

Till now, we cannot say anything on the characters list of Yurei Deco Season 2.

Yurei Deco season 2 has not been announced as f now, so there is obviously no trailer available for the same. We can expect it to be released sometime in 2023. But till then, watch the trailer of season 1 and if have not watched it yet, go and watch it.

The series is available for watching on Crunchyroll.