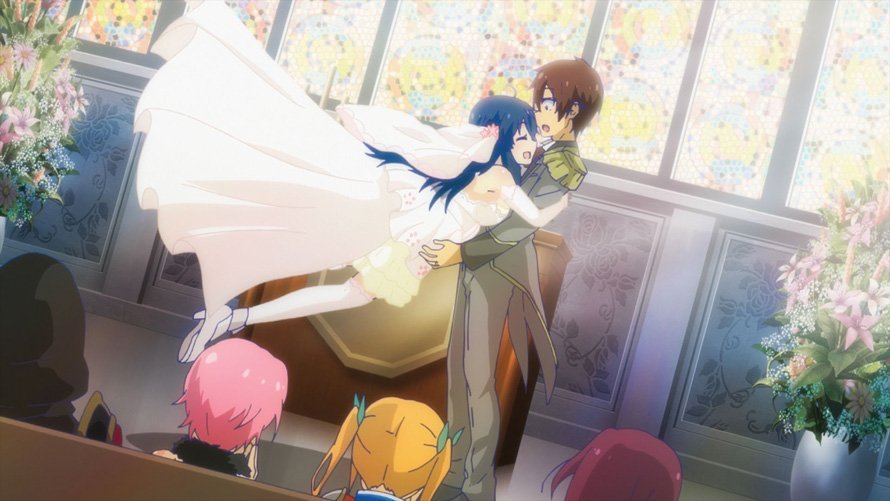 The fans of light-hearted ecchi anime are still waiting for Season 2 of, And You Thought There Is Never a Girl Online. The season got its first premiere in Spring 2016 and aired from April 7 to June 23rd.

It is a comedy, romance, ecchi drama, with a runtime of 24 mins and 12 episodes. ASCII Media Works has published twenty-one volumes since 2013.

The anime arrived four years back, and the fans found it very intriguing. But will there be a new season? What will happen next?

Scroll down to find!

The anime adapts a plot from the light novel by Shibai Kineko, under the same title. Ever since its release fans are waiting for a new season. However not much can be heard about it. There’s neither a green light nor there’s any news of its cancellation!

The anime managed to gain a fan following and with enough material, there’s still a chance. So, lack of content will never be an issue for its delay. Although the chances are very slim, if there’s a huge demand from the fans, you may get good news.

Ecchi anime is basically made for the promotion of the source material. Moreover, the anime received an average rating of 6.76 and popularity of #366 from MAL. So, these animes really don’t go beyond a season unless their sales receive a very promising figure.

So, there are not enough sources to guarantee a return of Netoge no Yome Wa Onnanoko Ja Nai to Omotta season 2? aka And You Thought There Is Never a Girl Online season 2?

Hideki Nishimura is a naive Otaku who is obsessed with online games and plays under the name, “Rusian”. After mustering some courage to propose to a girl online he gets devastated when she flatly rejects him. To make matters worse he learns that the girl he was madly in love with is actually an old man. With his dream crushed and shattered heart, he swore off, never to trust a girl online.

Years later, along with players Schwein, Ako, and Apricot, Hideki formed a guild. Together, they are members of the Alley Cats guild. Sometime later, Rusian receives a marriage proposal from the guildmate, named Ako. Ako is madly in love with him and persistently chases him for her marriage to him.

In the real world, he is a high school student who is not liked by his classmates due to his otaku nature. After some time, he finally accepted his marriage proposal although revealing the fact that he will accept it as the gender of his mate didn’t matter to him as long as she appeared cute in the game. But to his utter shock, he realizes that Ako is a real girl; Ako Tamaki, and goes to the same school as him. So are Apricot and Schwein who too are real and one of them is actually the class president. The members form a club in school and they play together as their real identities are revealed gradually.

The anime has romance, ecchi, and some comical elements which will make you giddy. Although it received an average rating, it is still loved by most of the fans.

Now that our lucky boy finally meets a real girl, what will happen next? Will he fall for Ako in real life? What will his schoolmates do now that they know each other?

Watch the anime to find the answer!

The anime with English dubbing is available on Funimation.  And you can watch it with English Subtitles on Crunchyroll.

With loyal fans around, and materials present, there’s still some hope for a new season. Season 2 will mostly focus on the adventures of the members both in real life and as well as the game.

Romance is also a strong factor. How will Ako and Hideki end up?  Now they are tied in both the actual and real world. How the will situation take its turn is also another factor?

So, this page has all you need to know about the series. Now go and watch it, if you haven’t yet.

Curious fans you can read the manga before the anime gets its premiere.