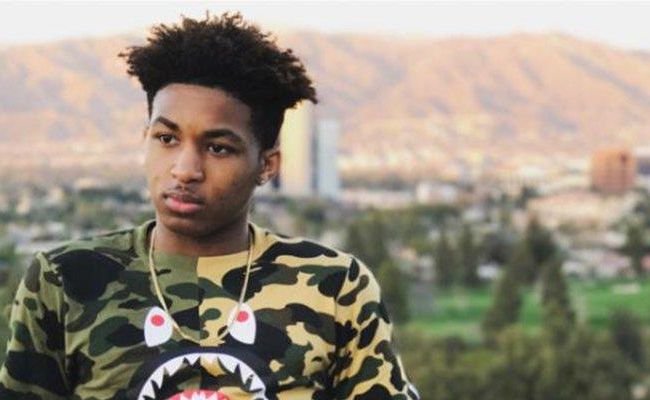 DDG is the professional name of Darryl Dwayne Granberry Jr. He is an American rapper and a singer and he also goes by the name PontiacMadeDDG. Apart from being a rapper and a singer, DDG is also a YouTuber. He is currently 24 years old. DDG started his YouTube before his music career. His YouTube channel is mostly focused on Gaming, Vlogs, and pranks. His first record label was ‘Epic Records’ which he signed in 2018. After two years he created his record label, which is the ‘Zooted Music’ with his managers.

Most of his singles have been a hit, even before signing up with any record label, his self-released many albums and singles, which he used to upload on his YouTube channels were instant hits. His single ‘Givenchy’ received around a whopping 25 million views on YouTube. Since then he was contacted by various major record labels. However, only in 2018, he signs with the Epic record label. Under this record label, his single ‘Moonwalking in Calabasas was released and became the rapper’s first ever song to reach the Billboard Hot 100 at 82nd position.

The rapper is also interested in ‘Space‘ stuff, which is why he released a track called ‘Elon Musk’, the businessman and entrepreneur, DDG shared that he admires Elon Musk since they have the same interest and love for space-related things. His interest in space also led him to become the first artist to shoot a music video in space. This happened in March of 2022. The rapper has also mentioned that his favorite actor is Robert Downey Jr. (Iron man). This is not surprising as the character of Tony Stark played by Robert Downey Jr is said to be similar to Elon Musk. Interesting, isn’t it? DDG also shared his favorite artist which is the legendary Michael Jackson.

Read on to learn more about the rapper, his net worth, relationships, etc. Do not forget to keep yourself updated on your favorite celebs here at @poptimes.

Combining all of his sources, his annual salary is said to be 750,000 dollars and his net worth is estimated to be 2 million dollars.

READ: Flex Alexander Net Worth: How Much Is The Earning?

DDG was born on the 10th of October, 1997 in Pontiac, Michigan. Since he was little, DDG has been into music and started producing music in the studio where his father worked as an audio engineer. He started his music career through YouTube. His YouTube channel has been a successful one and has made him one of the most popular YouTubers.

As for DDG’s education, he graduated from International Tech Academy. Then for further studies, he attended Central Michigan University. However, he did not complete his college study, since he was earning enough from his YouTube channel, around 30k dollars per month. Therefore he dropped out of college and focused on his YouTube and music career. He moved to California, later.

DDG’s love life and dating history have seen various people since 2018. His first girlfriend that was known to the public was ‘Kennedy Cymone, which he dated for 2 years before calling it quits. After he has also dated Lala Baptiste, Tianna Mussara, and many others. Currently, the young rapper is dating ‘Halle Bailey’ which he started dating last November. Halle is 22 years old and is also in the entertainment industry. She can act and write songs and is a singer also. Bailey is currently signed with  Beyoncé’s ‘Parkwood Entertainment.

DDG confirmed the relationship via Instagram, where he posted a picture of Halle on her birthday, with the caption ‘Love You Forever. There were a lot of rumors about the couple before he confirmed it. As for now, the rapper is happy with Halle and fans are loving this new relationship. Before dating Bailey, DDG was in a relationship with Essence Nicole Smith. That is all that is known about DDG’s dating life.

READ: Dhar Mann Net Worth: How Much The YouTuber Earns?