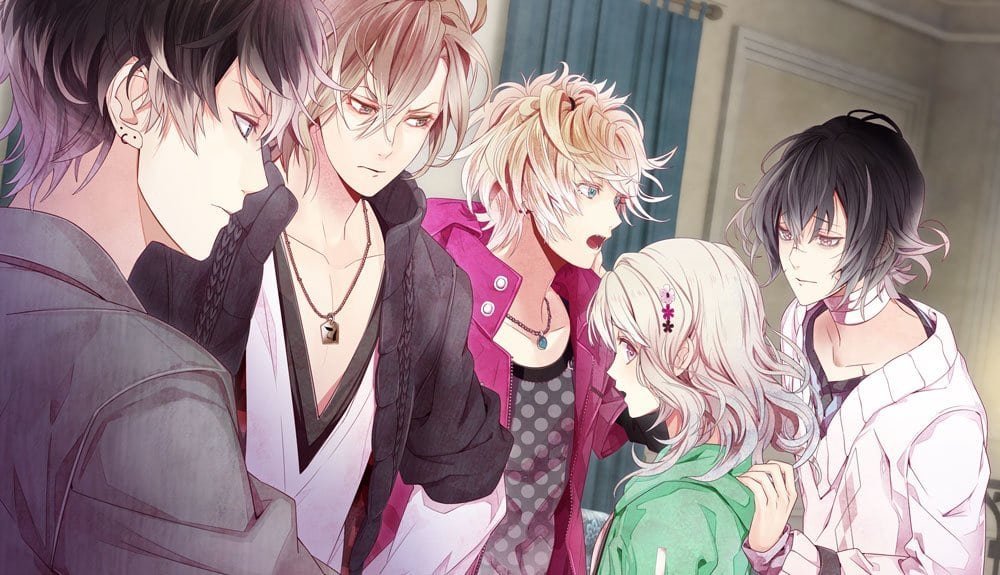 Konichiwa! I bet you love anime and what about if it’s of a fantasy genre? To be clearer, do you watch vampire genre anime? And are you in love with vampire anime? I am. What about you? I am hoping you do. And what if there is a combination of a lot of interesting genres? Romance, harem, and vampire together? This is one such anime.

Diabolik Lovers is adapted from a Japanese visual novel. This is a drama, romance, mystery, horror, and reverse harem anime that aired in 2013. This anime also has a game version. Now for those who don’t know what a reverse harem is. Reverse harem is a genre where all the male characters fall for the female lead.

This is the most-watched anime but the main attraction of the anime is its genre, otherwise, this is an anime that doesn’t have a strong plot and failed to even impress the audience as well. Whether the plot is good or not more to it, what attracted the audience is the genre itself.

With a rating of 5.2 from IMDb and My Anime List (MAL), the anime covered two successful seasons. Each season has 12 episodes in total and the watch time is 12 mins each. There is a special episode of the anime as well, which you can ignore. Now if you’re too waiting for its return and its updates. Then keep reading!

On a closer look, we saw that the rating of the anime is indeed quite bad but the Otome is doing quite well. If you have watched the anime then you might be aware of why the rating is so low.

The anime is quite monotonous to be honest, with the same incident happening again and again, and the female lead is shown quite a weakling who is treated like a doormat by all the male characters which are not quite like the reverse harem feature. Makes the anime the main reason to score a low rating.

But as we all know that the vampire genre is a great attraction, especially for all teenagers. So, if you love the genre or even if an alien to it, then I will suggest you must watch it.

But anyways the makers still even after the low rating moved on with a new season, that is season 2. As it is adapted from a game, the anime is not quite dependent on its rating.

The game is the original source from which the manga was developed and then the anime got its adaptation. The first and the second episode was definite hit but as the story proceeded the episodes scored lesser and lesser ratings until they dropped.

If we look at the stats then the makers were not at all concerned with the rating of the anime, so even after the low ratings of season 1, season 2 aired. Then again, we have 6 games in the franchise so as more are made the anime will find more stories to cover.

If you can call the anime a success it is only because of two main reasons firstly, it’s adapted from a game and lastly, it’s a reverse harem, and that too a vampire one.

This is a great combination of anime. You can even play the game as well if you love Otome.

Keeping all these in mind and no news of cancellation so far and the game is the most played. We can in all probability assume that the anime might release a new season. But when and what will be the story is not again known to us. Let’s wait till 2023 to see what the creators decide on, till then go and watch the anime if you haven’t yet.

Till now, we do not know anything regarding the third season as the makers have not announced anything about this so we cannot assume the story of season 3 and can’t say that there are spoilers. But maybe the makers are planning to cover a whole new story under the same plot.

The second part goes with the following name; Diabolik Lovers II: More, Blood. Rated 5.56 this one picks up from where season 1 left you in wonder.

The story follows as usual with Yui being held captive by the brothers sucking her blood in turn as they wish and she is controlled by their blood lust as before. But here you will get a plot twist as a new set of vampires enters the scene. They too, desire her blood and hold her captive after a car crashing incident, where she is kidnapped by them.

They later revealed that she is actually Eve and together after awakening her power they will find Adam who is none other than one of the brothers who share the bond with Eve. But the identity of Adam is unknown as they try to find that who among them can be Adam. They also share a desire to rule the world with Yui on their slide.

But with the Sakamaki brothers who can’t forget Yui and are hot on their heels to get her back, will they be successful in stopping the Mukami brothers?

The female characters have no major role other than to answer the calling of the vampires; she doesn’t have great personality and is stomped on by the males. She is a weak character who gives up when fed on by the vampires till she blacks out. If you are waiting for the plot twist after Season 1, then give it a watch.

Yui is a human girl who finds herself in a mansion where the Sakamaki brothers live. The 6 handsome brothers fall not for her charm but mainly for her blood. As they treat her as their bride-blood slave what will happen in the end?

I actually shared a very short recap as I feared I might end up giving up the entire story and killing the suspense and curiosity. So, before that happens, I would like you to go and watch the vampire romantic anime.

You can stream the anime now on; Gogoanime, Crunchyroll, Hulu, and HiDive.

If you have enjoyed the anime or in general are a fan of vampire anime below, I have suggested some as you wait for the arrival of the new season.

There are plenty more like these, but that’s a topic for some other day. I personally am a huge fan of this genre, and I would hope you would too love watching these animes.

I have shared the trailer of Season 1 for your watch. You will get 2 there on OTTs, YouTube, and other pages. Go and watch them as you all are waiting for season 3 to arrive.

As soon as the official date is declared, we will share the updates with you.