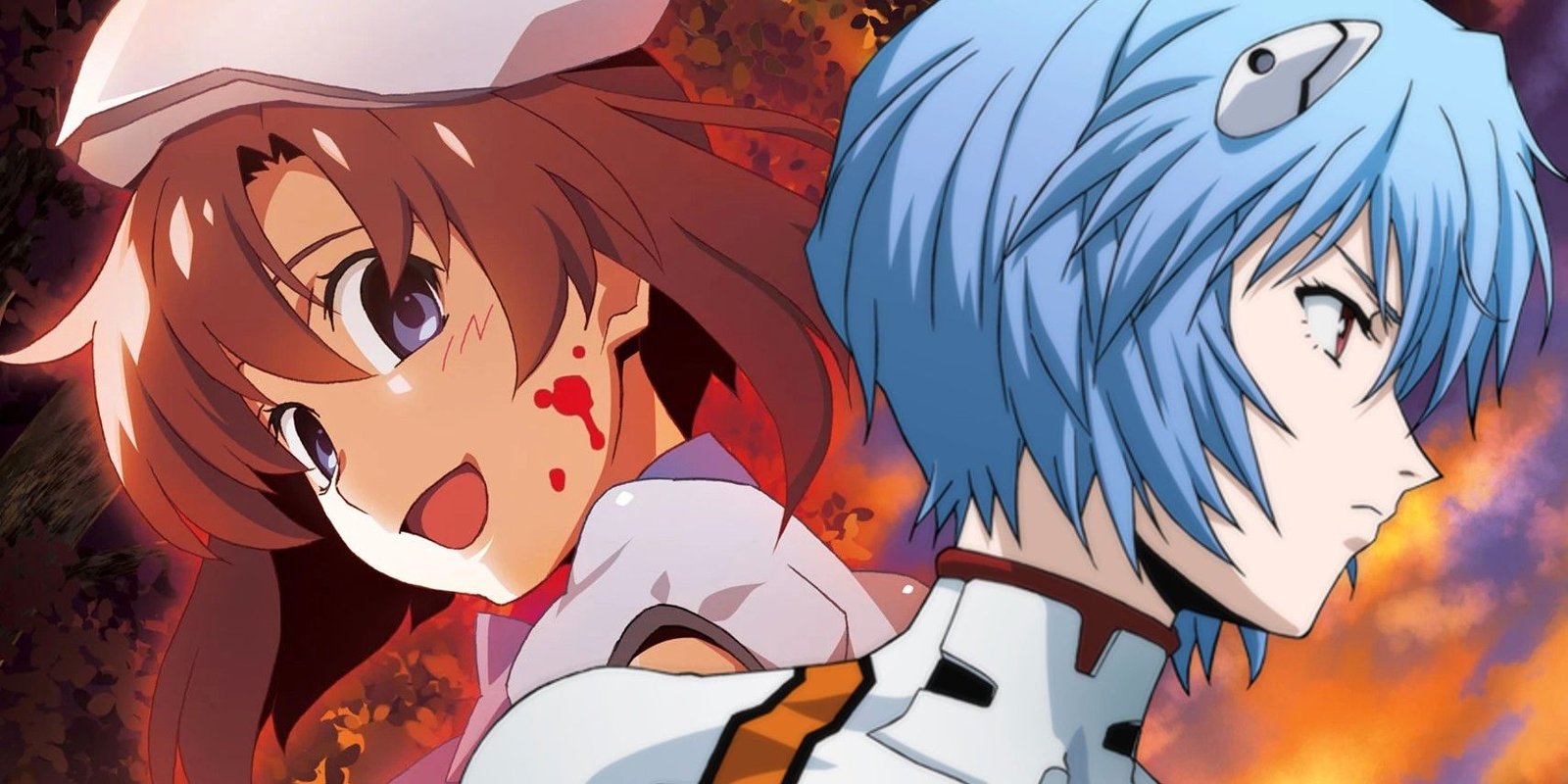 Higurashi, a supernatural horror mystery anime, is a blend of all of these genres in a single package. A bold statement would be to say that this show is a master of the art of narrative storytelling. Currently, the Higurashi canon is comprised of five television series, two animated shorts, and three television specials. True horror fans must see Higurashi, which is considered a masterpiece of the genre.

A year after relocating to Hinamizawa, Keiichi Maebara and his new classmates Rena Ryuugu and Mion Sonozaki quickly became inseparable from one another. However, beneath the surface of their seemingly idyllic existence, there is a dark secret that they must keep hidden.

When madness and paranoia take root in Keiichi’s heart, he will be drawn into the mysteries at the heart of Higurashi no Naku Koro ni, a story told in multiple arcs.

Here is the correct chronological order to watch Higurashi

The Higurashi When They Cry anime adaptations, which are based on the story of the visual novel series, premiered in 2006 on TV Tokyo. A total of 26 episodes are included in the series, each of which serves as an excellent introduction to the show’s world and introduces some of its most important characters. Several friends in the Japanese village of Hinamizawa play a role in the plot of the novel. Strange occurrences and mysterious deaths have occurred in this location over the last four years, according to local legend.

This one-off episode will serve as a transitional episode between seasons one and two, giving you the opportunity to get to know the characters a little better. Keiichi and his friends investigate an abandoned village and come across a haunted quarry in this episode, which has been dubbed the “Cat Killing Chapter” by fans. There is a lot to enjoy about this OVA, no matter how much Higurashi you have already seen. If you haven’t seen it yet, it is a worthwhile diversion from the main storyline.

The Higurashi mayhem continues as the group of friends finds themselves trapped in the summer of 1983. When They Cry: Kai is a second-season television show with 24 episodes. If you enjoyed the original Higurashi series, you’ll enjoy the gruesome deaths in this new Higurashi series, which has a lot of them.

As seen in When They Cry: Rei, which is based on Kai’s story, Rika has discovered her ideal world in which the cycle of killing has been broken; however, things are not as simple as they appear. You must locate and destroy the “key” in order to return to your residence. Even if you haven’t finished reading Kai yet, you should do so now because it serves as a prelude to the events of Koro ni Kira.

In addition to the main storyline of When They Cry, this four-part season takes place in alternate universes. Following the conclusion of the previous seasons of the show, this OVA series is a much-needed breath of fresh air for the cast and crew. It’s hard to believe that this 10-year-anniversary OVA is the culmination of a decade’s worth of hard work on behalf of the franchise’s fans. If you’re only interested in the big releases, you don’t need to include this on your watch list; however, if you want to see everything, you should include it.

Because of an unknown disease, Himanizawa has been quarantined, which has caused the other teenagers in the village to become terrified and perplexed. Although the disease continues to be a source of concern, some residents have expressed a desire to leave the village.

Here, you’ll see Rika and her friends going about their daily lives in the mountain village of Hinamizawa, which is the setting for this episode. Several residents of the town have dark secrets they wish to keep hidden, and we all know that things aren’t always what they appear to be. For the first time, the classic Higurashi story was brought together with more contemporary animation techniques. The following episode is an excellent place to begin watching if you are a new viewer who does not care about the show’s chronological order.

Taking place immediately after GOU, Sotsu is the final chapter in the Higurashi saga and serves as its conclusion. When They Cry: As the children grow older and are forced to make decisions that will have an impact on their future, we learn more about them and their families. For additional Higurashi content, check out the novels and manga that served as inspiration for this popular anime series, both of which can be found on Hulu.

Is Higurashi Worth Watching?

It’s worth watching Higurashi again even if you’ve already seen it the first time because it’s extremely rewarding, especially if you didn’t fully comprehend what was going on the first time. If you’re just tuning in for the first time, you should stay away from the show.

Please be aware that the various arcs and time resets are divided into sections labeled “Questions” and “Answers” before we begin the discussion. There will be crossovers, but not every arc if you want to get the full experience.

It’s now possible to jump between four different series for the duration of a single arc, thanks to Gou and Sotsu’s muddled waters. It is recommended that you watch the original series and Kai first, with Gou and Sotsu following after that.

How Much Time Will It Take to Complete?

Higurashi: Give yourself 45 hours and 41 minutes to finish watching all of the episodes of When They Die on Netflix.

Here is a brief synopsis of each film, as well as its running time, presented in chronological order.

Higurashi’s name is Umineko, and there is a character named Umineko who shares the same name as Higurashi but is not related to him. Blood, mystery, and supernatural intrigue abound, but the plot is completely unrelated to the rest of the film. There are, however, connections within the universe. Watch it before or after Higurashi, at your leisure, whenever it is most convenient.

Following an upbeat start, the show’s dark undertones become more apparent as the episode progresses. Iteratively testing every possible outcome of a character’s actions is the goal of this story, which runs in an infinite loop.

Throughout the story, it becomes increasingly difficult to determine whether a particular event or action is a clue or simply the product of the characters’ imaginations. Traveling back in time to discover what really happened and piece together the truth is the central premise of this story. It is a story about death, despair, and widespread fear.

Whether Higurashi’s animation is better than average is debatable, but it does an adequate job of conveying the horrors that the characters must endure. The music on the soundtrack perfectly captures the ominous mood and eerie atmosphere that pervades the show.

MUST-READ | Monogatari Watch Order, Fillers And How To Watch?