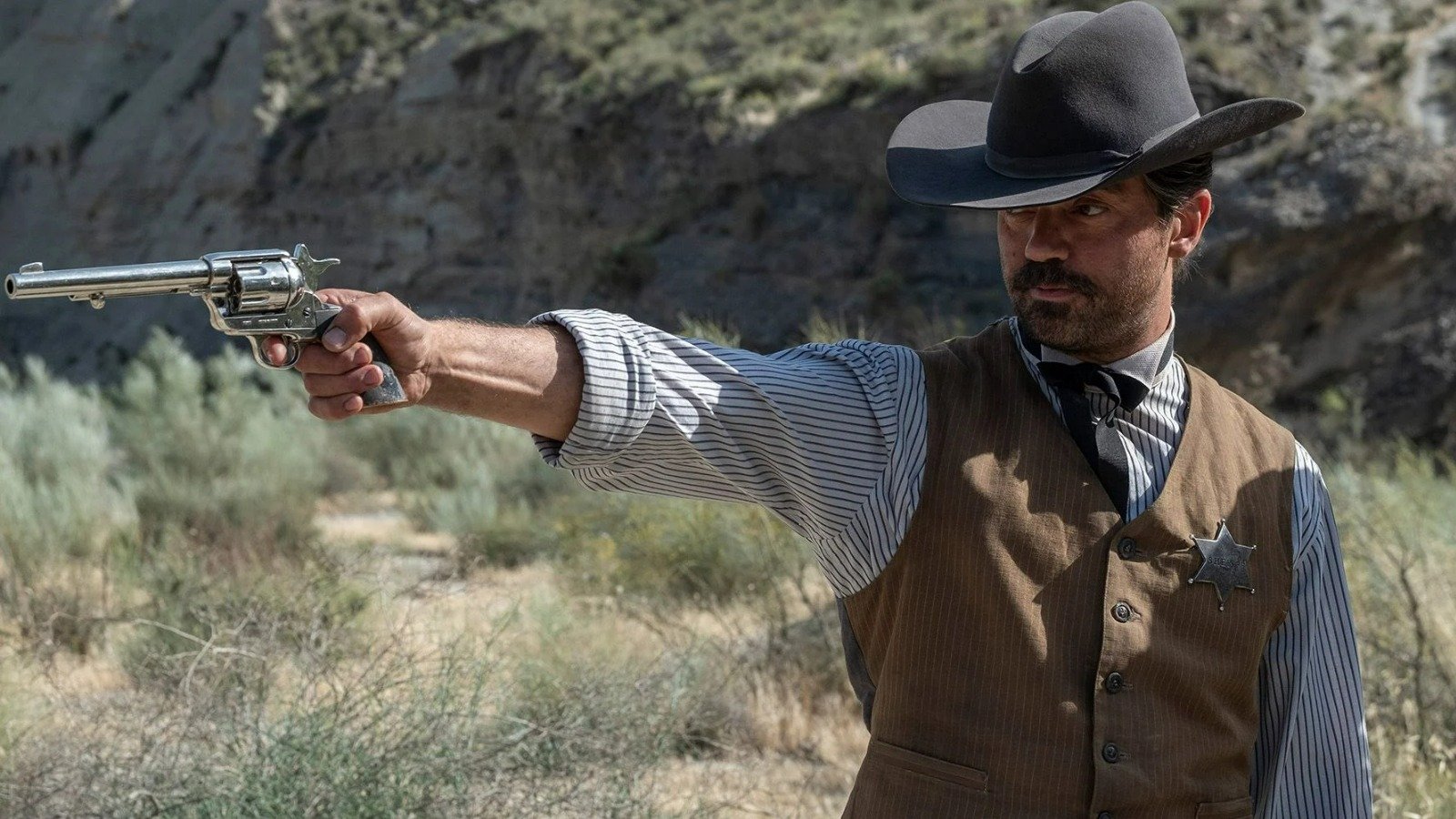 That Dirty Black Bag, AMC’s newest series, will premiere soon and promises to be full of action and mystery in the Wild West style. If you want to see a spaghetti western that has been updated for today’s audiences, when, where, and how can you watch That Dirty Black Bag online?

That Dirty Black Bag depicts the darker side of Western life in the Wild West through an eight-day duel between honest sheriff Arthur McCoy and the infamous bounty hunter Red Bill, who decapitates his victims and stuffs their heads in a dirty black bag. As two men from different worlds collide in a desert setting, the show deals with bounty hunters, bandits, bloody vendettas, horror, and mystery. That Dirty Black Bag is packed with action, drama, romance, and vengeance.

Dominic Cooper stars as the ruthless bounty hunter Red Bill, and Douglas Booth plays the troubled sheriff Arthur McCoy. In addition to these actors, the show will feature Aidan Gillen and Travis Fimmel. Rose Williams and Zoe Boyle will also appear. Christian Cooke and Paterson Joseph will be featured.

That dirty black bag will premiere exclusively on AMC+ on March 10, 2022. For the show’s first season, eight episodes will be shot in Italy, Spain, and Morocco. We’re only just getting started on a three-season story. A new episode should be available every week after 00:01 AM Pacific Time (PT).

How to Watch That Dirty Black Bag Online From Anywhere?

If you live in your home country, you can easily find streaming platforms that host That Dirty Bag. Unfortunately, many of these are geo-restricted, which means you may not be able to access them while traveling outside of the United States. When watching That Dirty Black Bag online, it’s best to use a VPN service to bypass geo-restrictions and pretend you’re in your own country.

READ ALSO | How Many Episodes Are There In Attack On Titan?

It protects your data with tens of thousands of fast and secure servers located around the world, as well as reliable connections and strong encryption.

How to Watch That Dirty Black Bag Online In The United States?

In the United States, the show will air on AMC+. Shudder, Sundance Now, and IFC Films are available for a 7-day free trial as part of your $8.99 monthly or $83.88 annual subscription.

Due to geo-restrictions, you will not be able to access streaming services if you are traveling outside of the United States. Use a trustworthy VPN to bypass geo-restrictions and unblock geo-restricted content. If you choose a US server and enable the VPN, you’ll be able to watch That Dirty Black Bag on any of the services listed above.

How to Watch That Dirty Black Bag Online In Canada and Australia?

AMC+ is a subscription service that allows Canadians to watch content from AMC, Shudder, IFC, and Sundance, as well as Acorn TV in Australia. After you sign up, you will receive a free 30-day trial of the service.

MC+ is available to Amazon Prime members in Canada and Australia for $7.99 per month. There is also a 30-day free trial of Prime available. AMC+ is free for seven days and costs $8.99 per month in local currency. It is also possible to add it to your Apple TV channels via the Apple TV app.

Most streaming platforms are geo-fenced due to licensing agreements. As a result, if you are currently on vacation outside of Canada or Australia, you will be unable to watch the spaghetti western series. However, with a good VPN, you can circumvent geo-restrictions. Choose a VPN server in your home country, and you’re ready to go!

How to Watch That Dirty Black Bag Online In The United Kingdom?

In the United Kingdom, this service is currently unavailable. Because it isn’t available in the UK, you’ll have to watch it elsewhere.

MUST-READ | How Many Episodes Are There In Attack On Titan?