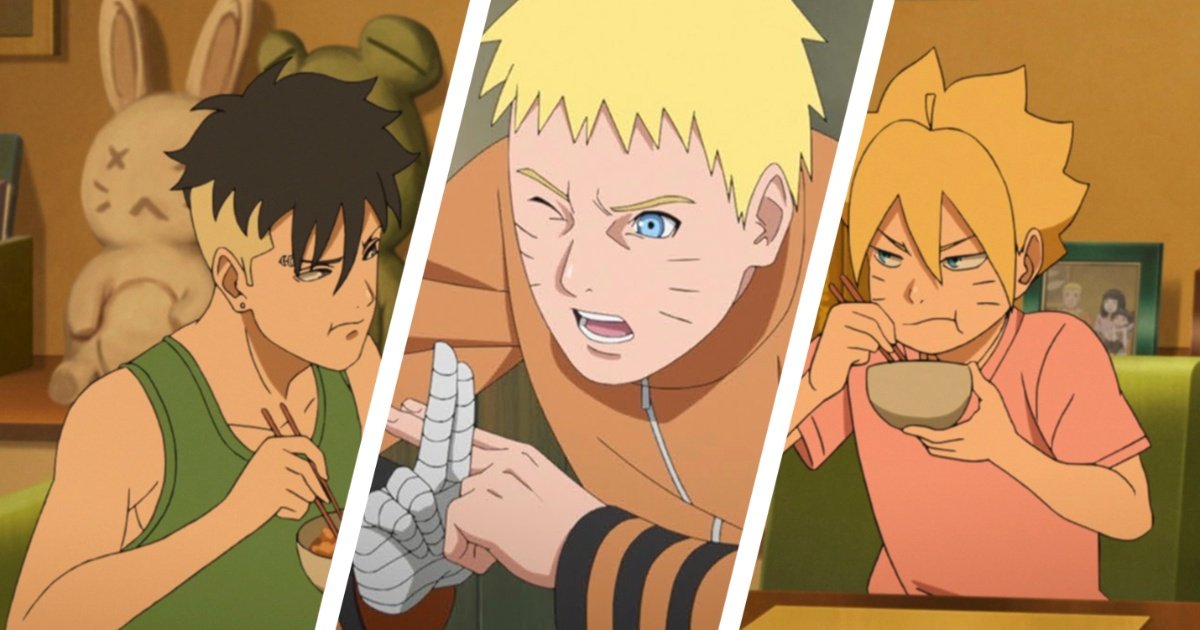 Any anime lover worth his salt knows or, at least, has heard about Naruto! It’s one of the most widely popular and beloved manga and anime series out there. And Naruto’s fans are just as crazy for Boruto: Naruto Next Generation which follows Naruto Uzumaki’s son Boruto’s storyline as he struggles to build a personality and life outside his father’s shadow. The chaos of teenage coupled with a purpose and a determination to prove his worth? Boruto sure has a challenging task ahead of him. And oh, how we adore every single second of it!

And just like every fanbase ever, people are tickled and excited to know if our darling Kawaki is Naruto’s other son. Well, let’s find out together, shall we?

At the risk of disappointing many passionate fan theories and anticipations – Kawaki is not Naruto’s biological son. Being a former member of Kara and having tolerated abuse from his father, he finally got away from him and was taken in by the Seventh Hokage, Naruto Uzumaki. Naruto raised him as his own, alongside Boruto and Himawari. So Naruto was more like a godfather to him and a much better influence than his biological dad.

Kawaki saw his fair share of struggle quite early in his life. His father, Kokatsu, was a former Shinobi who was a great contributor to the Fourth Great Ninja War. Not much is certain about his early life and behavior but after the war, he began drinking much more than was good for him and Kawaki became the victim of his abuse. Later on, Kawaki was sold to Jigen under whose guidance he began training to adopt the Karma Seal to become the vessel of Isshiki Otsutsuki. But after learning that the only value Kawaki held in his eyes was as Isshiki’s vessel, he realized that life with Jigen could never be as happy as he promised in the beginning. It’s got to hurt, after all! To be threatened and pushed around by the man who pretended to be your guide!

After this, Naruto took responsibility for Kawaki in the Hidden Leaf Village and began taking care of him as his own. For the first time in his life, Kawaki had experienced true affection and the love of a caring family. But the poor boy had been burnt so many times that he found it hard to accept such kindness without being skeptical of it. Fortunately, he eventually came out of his shell, and from that point, Kawaki relished every moment he spent with the Uzumaki family.

MUST-READ| How Many Episodes Does One Piece Have?

Kawaki loved and looked up to Naruto just like a son does to his father. And when it comes to saving Naruto’s life, he doesn’t let even a concern for his well-being stand in the way. Now that’s what you call affection! Kawaki’s dedication to his newfound loving family was put to test and proven when Jigen threatened to kill Naruto if Kawaki did not reveal his location. And despite disagreement from Naruto, he went on to do as Jigen asked to save his father figure’s life.

While staying with Naruto and his family, he also received training in Shinobi Arts and Ninjutsu. And having acquired the Karma Seal, he also possessed the unique abilities of Isshiki Dojutsu. Not only that, he is even able to change the shape of his arm at will. How cool is that, right? All of Kawaki’s hard work in mastering the arts helped him become an enviable and formidable fighter.

Apart from his obvious affection for Naruto, Kawaki got close to Himawari and Boruto as well. Their bond was just as special as real siblings. Although Kawaki and Boruto competed with each other, Kawaki’s spirit was always healthy and friendly. Neither of them allowed it to turn sour or ruin their friendship past mending. Kawaki’s life truly turned around for the better when he found Naruto and made true relationships that last a lifetime.

It’s impossible not to fall in love with Kawaki’s character in the series. His kind and loving heart, willingness to sacrifice his own life for his loved ones, exceptional character development and his relationship dynamic with Naruto made all of our fans teary-eyed that Kawaki finally got the father he so obviously deserved.

MUST-READ| How Strong Is Sailor Moon? Did She Revive Sailor Saturn?

1 thought on “Is Kawaki Naruto’s Son? What Is Their Relationship?”