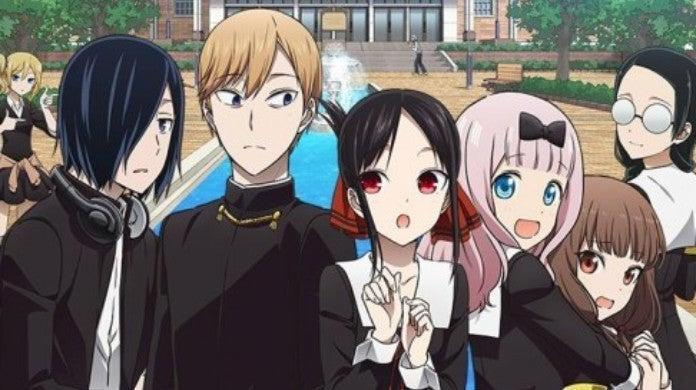 Everyone’s favorite rom-com anime is back and with a more complicated and heart racing plotline. Kaguya-sama is a Japanese anime by Aka Akasaka. The series is originally converted from Shueisha’s seinen manga magazine Miracle Jump in May 2015. The anime was soon adapted by A-1 Pictures which was aired from January to March in the year 2019. The first season consists of 12 episodes. Soon in 2020, the second season of the anime was released, followed by the third season released on April 9th, 2022. The anime brings out the theme of romantic comedy in the most beautiful sense, which makes it part of the most iconic plotline in the anime series.

Kaguya-sama season 3 has brought the viewers what they have been missing from other shows. Kaguya-sama is an anime series by Aka Akasaka. The anime has successfully released with two complete season and the third season has premiered on 9th April, 2022.

The anime has been highly anticipated even before its release. The episodes of the newest season have added some of the new plots and scenes to the series that brings on the excitement more than ever. Season 3 of Kaguya-sama has released six episodes to date. The seventh episode of the season is going to be released on 21st May, 2022. Fans have been waiting for this episode as it gives the continuation of the end of the previous episodes.

The story speaks of the two most known student of Shuchiin Academy. One of them is Shinomiya Kaguya who gives off her prideful vibes that makes her the most isolated person in the entire campus. And other one is Shirogane Miyuki, the top student of the Academy who is too proud to talk the rest of the student. Both being blinded by ego and pride; they both try to refuse each other’s presence. The story tells us despite all this, the two anyway fall for each other and try to work hard on their relationship. This journey brings laughter and romance which is makes it the best among the rom-com anime.

Kaguya Shinomiya: Shinomiya Kaguya is the vice president of Shuchiin Academy’s student council. Kaguya Shinomiya is known for her beauty, intelligence and her huge background. The girl is one of the biggest business conglomerates in Japan. Her nature of being cold, and pride was given because of her high-class family. Yet she is a innocent girl deep down. Her status makes her lonely and isolated from her classmates.

Miyuki Shirogane: He is the president of the student council of Shuchiin Academy. His appearance is described to be very untidy and messy. He is known as the top student of the school. He is someone who has contributed all his time for studies hence the appearance. Just like Kaguya, he is very inexperienced in topics like romance and relationships.

Chika Fujiwara: Chika Fujiwara is the student council secretary of Shuchiin Academy. She is the closest friend of Kaguya, but no one knows about it because of Kaguya’s personality. Her imagine is described to be very flashy and her personality as an airhead despite the fact she is good in academics, sports and other activites.

Yu Ishigami: Yu Ishigami is the treasurer of the student council of the Academy. Yu Ishigami is the underclassman from the rest of the crew. He is mostly stays occupied in his own world. He is the character that brings in the comic sense to the anime series. His words have often got him beaten up by the council members.

Ai Hayasaka: Ai Hayasaka is like Kaguya’s assistant and her childhood friend who has always been around her since her birth. Her father is Kaguya’s godfather when her mother had tended Kaguya ever since childhood. The two girls have grown up together.

The episode gives both cute and sad moment by the end of the episode. We get to see the senior student are getting consultants about their future after school. Its sad to see that Kaguya’s father doesn’t give much attention to her. She runs off the scene to Ai’s mother. Later we get to see that Miyuki’s father talks to the teacher as her guardian. Whereas we see on Miyuki’s half, he tries to get into Stanford for which time is limited for him to confess his love for Kaguya. He plans to confess to her by the end of the cultural festival.

The trailer for the 7th episode of Kaguya-sama season 3 is available at the end of episode 6 of the said season.

Where to Watch Kaguya-sama Season 3 Episode 7?

The anime is back with its newest season bring back the excitement. Kaguya-sama is the anime that everyone has been anticipating for a long time or it will be better said ever since it beginning. The rom-com anime with a psychological twist is currently airing its third season which first premiered on April 9th, 2022.

Along with the 3rd Season, you can also find the previous season of Kaguya-sama available in Funimation and Crunchyroll. The upcoming episodes of the anime is also said to be released in the mentioned platforms.

ALSO-READ | 10 Underrated Isekai Anime That You Must Watch