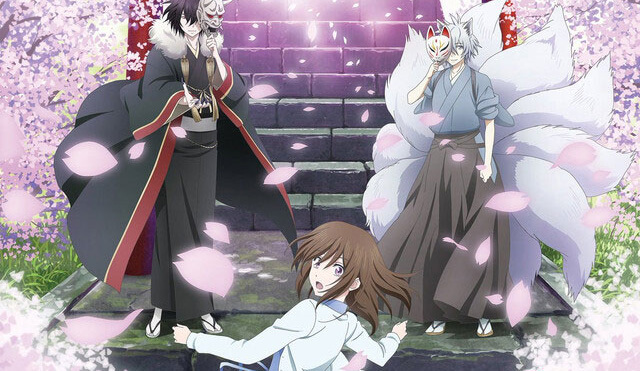 Kakuriyo No Yadomeshi or also known as Kakuriyo: Bed and Breakfast for Spirits is a Japanese anime that is based on a light novel created by Midori Yuma and Laruha. The anime adaptation by Gonzo is a series of 26 episodes released which aired from April to September 2018. The supernatural anime brings in the laughter and the romance and proceeds to tell the story between a human and a spirit who runs an inn, in the Hidden Realm. This fan favorite anime is highly anticipated again since fans are now aware of the new season.

The ever favorite supernatural anime, Kakuriya No Yadomeshi is back as a hot topic among anime lovers. The anime was first released long back in April 2018 with 26 episodes. Fans have constantly asked for a new season and we are here to tell the viewers all about it.

Since the anime was released in 2018, some thought the anime was canceled for a new season. Yet, it makes its comeback as the creators have announced the new season of Kakuriya No Yadomeshi is under making. However, there are no updates and fixed schedules regarding the release date and other details of the anime. Fans highly anticipate this upcoming season as it will tell us more about the Hidden Realm where our main characters reside along with their story.

The story tells us about a human girl, Aoi Tsubaki, who can see Ayakashi, thanks to her grandfather. Aoi is a college girl who has been living alone after her grandfather’s death. She regrets as she was unable to cook her grandfather proper food and missed their last meal together before his death.

The story begins when she finds an Ayakashi as she passes by a shrine. The Ayakashi sitting in front of the shrine asks her for food. Aoi offers the hungry Ayakashi food after which she gets kidnapped by the spirit.

The relationship between the two develops as the story proceeds. The plot brings us more than just their relationship. The rom-com lives up to its name and makes the anime super amusing and interesting to watch.

Aoi Tsubaki: Aoi is a human girl who is the main lead in the anime. Her caring personality brings out the most of her. She is brave and stubborn. Aoi inherited the sight which helps her to see Ayakashi (the water spirits) from her grandfather, Shiro.

Odanna: Odanna is an Ayakashi or mostly referred to as Ogre. He runs the Tenjin-ya, an inn, in the Hidden Realm. His cold personality is what is most famous for. He is merciless and dangerous. He and Shiro have been lifelong friends. Shiro gets into debt as he borrows 100 million yen from Odanna. In exchange, Shiro offers his granddaughter in marriage.

Ginji: Ginji is the nine-tailed Ayakashi who lives in the Hidden Realm, and is the first one to show Aoi kindness in the Realm. He is a shapeshifter who can change his appearance anytime he wants. He is close to Odanna than other servants and also gets close to Aoi as soon as she enters the realm.

In the first season of the anime, Kakuriyo No Yadomeshi describes how the story proceeds as the Ayakeshi, Odanna kidnaps Aoi and brings her to the Hidden Realm. The spirit asks the girl to pay her grandfather’s debt by marrying him which she refuses to do. Aoi asks to pay the debt by working in the inn that is owned by Odanna. She cooks for the customers and works to make the inn keep going.

The anime, Kakuriyo No Yadomeshi is the anime that people have anticipated for a long time. The wait is almost over. Almost.

Fans all over the world rejoice as the creators have announced the updates regarding the making of the second season of the series. However, since the anime is still under making, there is no trailer for now. The updates and announcements regarding the season’s schedules are yet to be released.

Where to Watch Kakuriyo No Yadomeshi Season 2?

All the episodes of the anime Kakuriyo No Yadomeshi are now available on Funimation and Crunchyroll.