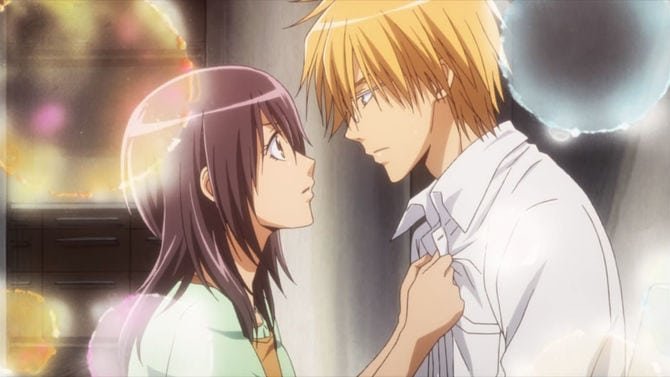 Maid Sama known in English as the Class Monitor Is A Maid is an anime Japanese anime that is based on Manga of the same name written by Hiro Fujiwara. It is collected together in 18 volumes published under Shojo’s Hana to Yume Imprint from 2005 – 2013. The anime was produced by J.C. Staff. It aired between April- September 2010. It has in total 26 episodes. The last episode was aired in September more than a decade ago.

The show was very famous and earned a lot of good responses. People just enjoyed the storyline and put it on their recommended to friend list. The fans of Manga were delighted to see their beloved characters on screen and learn new things. But ever since the show ended there has been little or no hint from the side creators of a return for season 2. From the looks of the internet searches about this, it seems like the audience really wants the show to return back. They are not done with the story yet. We do not think they are to blame as who can be done with such a great series in just one season?

So, if you are one of those people do not worry, we have got you covered. After seeing that people are still hoping for the show’s return even after it has been more than a decade, we decided to do some digging and get to know if it shall happen. Read along and discover all we have collected for you.

The series ended with the lead characters confessing their mutual feelings. Unfair is it not? Everyone wants to know more and see how the life of their favorite couple has turned out. Everyone wants to watch the romance that comes after confession. We hope the creators do not deprive us of that and get back with another season. This seems very much possible as the rating of the show were really nice and the fans have kept the petition to get it back open even after decades.

They have made numerous searches online and have made the graph only go up in 2020. Even if you consider the source material there is enough as season 1 finished only volume 8 chapter 34. So, let’s keep our hopes up. We believe the show might return Even though we do not have a clear announcement or date, we also do not have a clear no. So until they deny we are going to believe that a season 2 might still happen as there have been several animes that returned many years after they stopped airing.

Why is Maid Sama so famous even after a decade?

The series is an impeccable description of romance and drama. Anyone who loves to watch a romantic comedy or romantic drama will definitely put this on their list. It portrayed the romance between Misaki and Usui. The series was like any other romantic drama where the woman was smart and capable yet had a secret life of being a maid. Now to let people respect her for what she is good at she does not want anyone to know about it as it according to her shall make her unacceptable. This led her to forever live in conflict as she was leading two very opposite lives or worlds.

The characters of each could never mingle with another. It became hard to keep track of who she really was as sometimes juggling both made her forget.
Misaki creates a place of influence for herself at a school that only recently converted to a co-ed school and had before that always been a school for boys only. She is good at disciplining people and has a glamour school life while outside the school her life was the total opposite.

With her father gone and a sick mother, she had to do a part-time job at a café as a maid She was the only earning member. She desperately wanted to keep this job a secret from school as she was afraid it shall undermine her high-help position there. But things take an opposite turn when she runs into a popular all-rounder boy from school Usui at the café. But Usui to her shock keeps her secret to just himself. Soon this secret brings them closer to each other and they start having feelings by the end of season 1, they admit them to each other as well.

But if we talk about the characters of season 2, so, for this, you need to wait for more. As we have mentioned above that till now, the makers of the anime have not announced anything regarding the second season, so, we cannot say or assume anything, but most probably new characters may add in season 2.