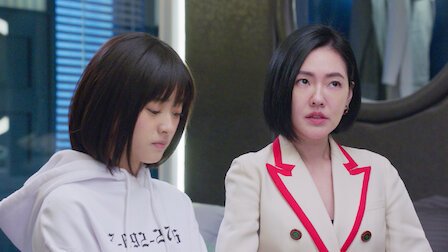 Meteor Garden is one of the most famous Taiwanese Dramas that went famous not only in Taiwan but also all over the world. Audiences love the drama and is waiting for its season 2 for ages. So, do the millions of wishes of fans come true? Is meteor Garden releasing its season 2 soon? Read to know the full story.

Meteor Garden tells the story of a working-class girl who enrolls in a prestigious institution for the children of the city’s wealthiest families.

As a result, the series depicts the protagonist’s effort to fit in at university while also attempting to establish her worth to everyone. The series is an approved remake of the same Taiwanese series of the same name and is an adaptation of the Japanese manga ‘Boys Over Flowers.’ In South Korea, the manga was also adapted. Lin He long directed the film, which was written by Sharon Mao.

From November 11 to December 25, 2002, the series was broadcast on Taiwan’s free-to-air Chinese Television System. Meteor Garden, a prequel, aired from April 12 to August 16, 2001, and Meteor Rain, a supplementary mini-series, was developed in 2001 and aired after the main series.

The meteor Garden was one of the most famous adaptation series out of many from the Japanese Manga called boys over Flower. It is a very old adaptation and it’s been almost a decade since any news came on season 2.

Dong Shan Cai is the protagonist of the Meteor Garden narrative. She hails from an impoverished household, yet she is a brilliant and intelligent young woman.

This enables her to gain admission to one of the greatest universities in the country, which is primarily filled by privileged brats. The most famous of the elitist brat group is called F4. All the four members of the group are childhood best friends. They are the most popular students in school, and their leader is as affluent as he is pompous. They have a significant ideological disagreement with Shan Cai, and she does not like them right away.

F4 is skeptical of her as her repertoire grows with everyone at the institution, especially since they believe she isn’t a member of that group. This sets the stage for conflict and allows them to get to know one another. Things become more complicated when the leader, Dao Ming Si, falls in love with Shan Cai but discovers that she prefers Hua Ze Lei over him.

Dong Shan Cai, played by Shen Yue, is the protagonist of ‘Meteor Garden.’ After her appearance in ‘A Love So Beautiful,’ which was based on Zhao Gangan’s novel ‘To Our Pure Little Beauty,’ the young actress rose to stardom. Her popularity skyrocketed when she starred in this series.

Dao Ming Si is played by Dylan Wang. Wang’s foray into the entertainment industry was sparked by his victory at the ‘Sichuan Campus Red Festival.’ His breakout part was in “Meteor Garden,” which catapulted him to stardom and gave him a throbbing heart.

The character Hua Ze Lei is played by Darren Chen. He’s another actor who had a shot at stardom following ‘Meteor Garden.’ With the series ‘Proud of Love,’ he made his debut.

Meteor Garden’s first season premiered on Netflix on July 9, 2018. Furthermore, the adaptation closely follows the plot of the source material. Changes have been made, however, to make it more appealing to the modern audience.

With millennial characters at its center and a plot set in China, the scene shifted. Given the success of the first film, the success of this series was a foregone conclusion. He rapidly became a darling of audiences all around the world after making his debut in China.

Netflix, which is always on the lookout for international-friendly programming, has discovered that this is a method to break into the Chinese market.

It acquired international broadcasting rights in this way, allowing the series to reach a wider audience. The entire story was wrapped up in the first season. Fans, on the other hand, clearly want more of the story. The network, on the other hand, was uninterested in extending the plot.

Finding a “decent plot” for a second season would be all that was required. There is an additional reason to be optimistic because the manga series has a sequel that has already been published in Japan. We might get another season if they can invest in anything like that.