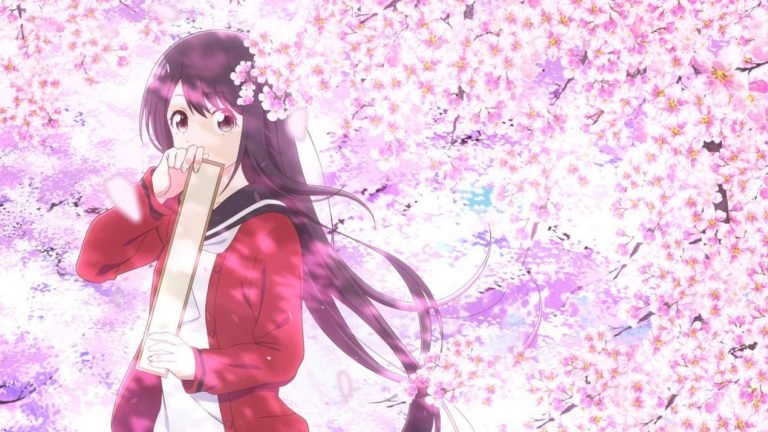 Being an anime as well as a manga fan is always fun. You are always bounded by tons of series daily which sometimes makes you laugh or cry and give you a thrill and goosebumps. If you’re into romantic comedy genres, then I have to say, you are at the perfect place. Today I’m going to introduce you to an anime series with a beautiful storyline and characters. Let’s not beat around the bush and start the article!

A Japanese manga series Senryu Girl illustrated and written by Masakuni Igarashi. The manga series was serialized in the magazine named Weekly Shōnen Magazine by the publisher Kodansha. The series ran for almost four years from October 19, 2016, along with 13 volumes, and concluded on April 22, 2020. Under the studio Connect, the anime series was adapted from the manga series on April 6, 2019, and after running for a few months, the series wrapped up. Almost three years have passed since the series premiered and now all the anime fans are eagerly waiting for season 2 to release. Will they get a sequel to Senryu Girl? Everyone must be on a cliffhanger about the renewal. I’ve gathered some updates for all the viewers of Senryu Girl. Continue reading this article from start to finish to learn everything about the renewal status of Senryu Girl season 2!

An anime adaptation of the manga series is written by Masato Jinbo whereas Masato Jinbo has directed the series. Makoto Furukawa, Chitose Kawazoe, Rina Shinoda, and Hiroshi Kamei have produced Senryu Girl. The fans of Senryu Girl got the anime series on April 6, 2019, along with 12 episodes with the title “The 5-7-5 Girl”, “Nanako’s Diet”, “Let’s Go to the Amusement Park”, “The Canvas Girl”, “The Fortune Teller Girl”, “Nanako’s Rebellious Phase”, “Nanako and the Seven Wonders of the Rain”, “If Nanako Wore a Swimsuit”, “Eiji and Nanako’s Dad”, “Nanako, Fireflies, and a Test of Courage”, “Watching the Fireworks with You”, and “Nanako and Eiji” and finally wrapped up on June 22, 2019.

It’s been so long since season 1 concluded, so many other anime series have already been renewed even after a long break. But will Senryu Girl Season 2 return? So unfortunately till now, there is no update about the renewal of season 2 of Senryu Girl, we haven’t seen a word from the creators or the production companies. But luckily the series is not canceled either, so, there might be some chances for renewal.

The series Senryu Girl is definitely worthwhile and you won’t regret watching the whole series. Despite all the reviews, the series got a good response from the critics. IMDb rated the series with 7 out of 10 whereas the series got 7.4 out of 10 by MyAnimeList. The storyline of the series follows the relationship between an ex-delinquent named Eiji Busujima, who writes his senryū along with a girl named Nanako Yukishiro who only communicates through senryū. The story is about their daily life through senryu. It sounds interesting, isn’t it? To know the whole story you need to watch every episode. Till now nothing is known about the storyline of Senryu Girl, as it is not renewed yet. But it is unlikely to be released as the manga series is already wrapped up. But let’s hope for the best!

Are you waiting for the trailer of Senryu Girl season 2? If yes, then the woefully trailer is not released yet. We’ve to wait until the creators or the production companies show the green light to season 2.

Where to Watch Senryu Girl?

Watch all episodes of season 1 of Senryu Girl on Crunchyroll and do let us know your reviews about the series in the comment section. Till then stay tuned with ThePoptimes for more such articles!

READ MORE: How Many Seasons Are In Naruto?