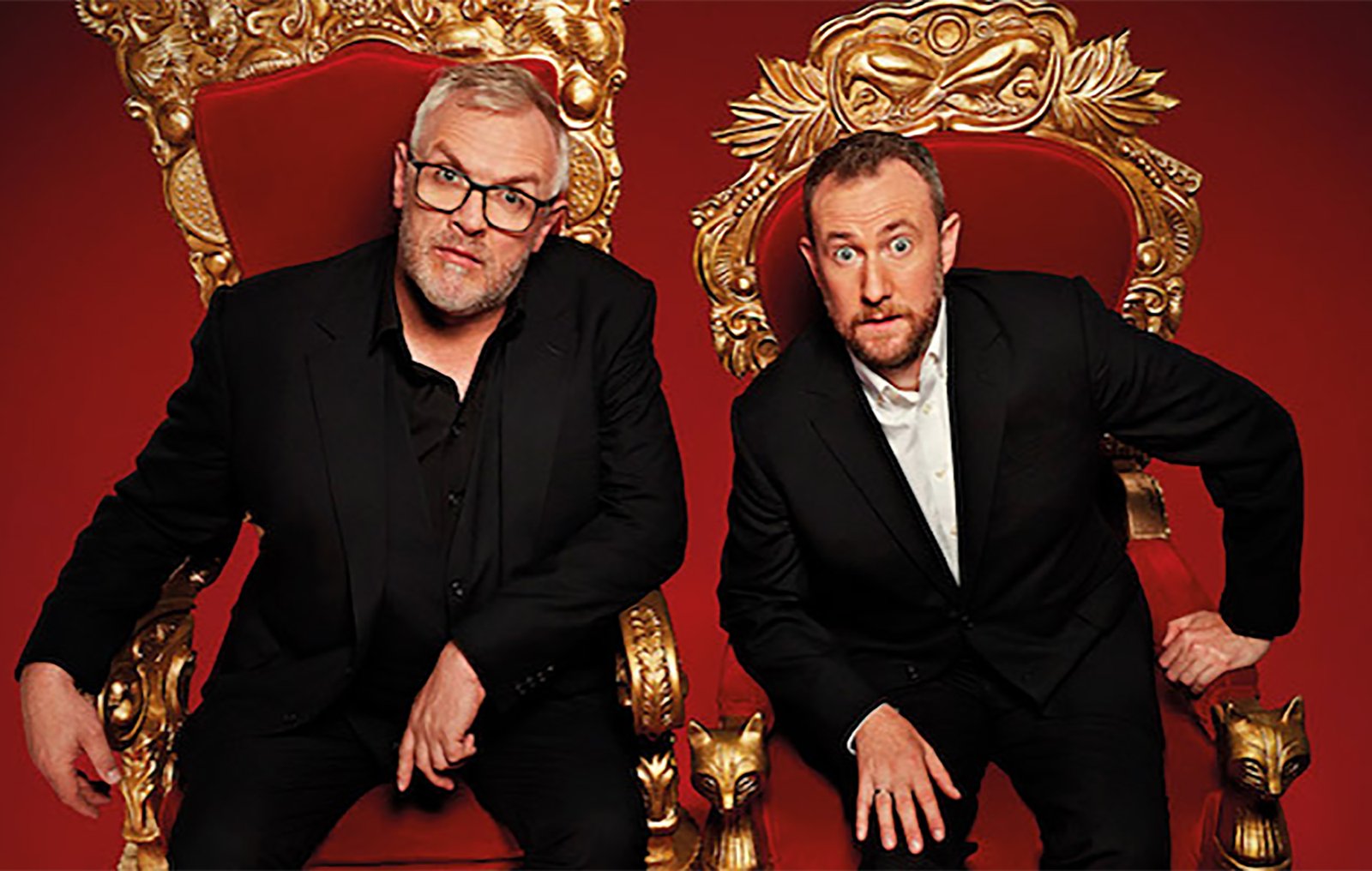 The TV series called ‘Taskmaster’ is an incredibly addictive entertainment series that is framed in the form of a panel game and has its origin in the United Kingdom. The creation of this show must be credited to comedy and musician Alex Horne. The series that is strategically directed by Andy Devonshire and Peter Orton leaves the audience in healthy packages of serotonin boost. The series launch was successful and complete due to the contributions of two notable producers named Andy Cartwright and Alex Horne and the reputed production company known as Avalon Television. The scenes come off as even more hilarious due to the adept editing of the duo behind the camera who go by the names of Thomas Perrett and Mark Sangster. The show officially launched in July 2015 and there were several international versions in places like Belgium, Sweden, Spain, Denmark, Norway, Finland, the United States, New Zealand, and Croatia. It has twelve seasons and is in talks of a probable thirteenth season. The fame of the show expanded as the show was networked on two different channels through the progress of the show. The network called ‘Dave’ had backed it up for the first five years then Channel 4 took over from the year 2020. The show has a running time of sixty minutes.

The show of the ‘Taskmaster’ had a strong and successful run of twelve seasons till 2021. The first season was released on 28 July 2015 and ended on 1 September 2015. It had six episodes with peak entertainment which led to the continuation of the show. Hence, the second season launched as a set of five episodes in the immediate next year of 2016. Its first episode aired on 21 June and the last episode on 19 July. This was followed by the launch of the third season with the same number of episodes and in the same year as the second one with the episodes showing themselves from 4 October to 1 November. The fourth season maintained the consistency of comedy as a renowned show with its eight episodes that were released from 25 April 2017 to 13 June 2017. The fifth season launch happened between 13 September to 1 November 2017. The sixth season launched from 2 May 2017 to 4 July 2018. Then followed the release of the seventh, eighth, ninth, tenth, eleventh, and twelfth seasons. Along with this, it has three extra episodes.­­­ Now, the release of the thirteenth channel is highly anticipated to continue the legacy of the show. The Taskmaster season 13 has been officially confirmed to be out on 2022 by Channel 4. It is expected to have even more interesting elements than before as they will bring in newer comedians.

The Taskmaster is a game show that is presented by Alex Horne and Greg Davies with their amazing talents. The concept revolves around the idea of pitching different contestants by inculcating a variety of tasks for them to execute. There are five contestants who are mainly comedians that bring a humorous spin to the show by adding their natural flare of jokes and gimmicks. The contestants are also other public personas that make the show trendy. The tasks are also very innovative and fun. The execution of these tasks is assessed and marked by the judges, this process determines the winner.

The cast of Taskmaster consists of several comedians and public personalities along with the hosts- Alex Horne and Greg Davies. The winners of this show consist of Josh Widdicombe, Katherine Ryan, Rob Beckett, Bob Mortimer, Liza Tarbuck, Kerry Godliman, Lou Sanders, and several others in each season. Among them, Josh Widdicombe was considered the champion of champions,

Where To Watch Taskmaster Season 13?

The trailer and the entire series of the Taskmaster are very easily available for the audience to watch. This is because they are streamed on YouTube which is a very convenient platform for everyone around the globe to use. The other platforms that showcase the different seasons of the show are Amazon Prime, Google Play, Amazon Instant Video, etc. Let us know what are your thoughts on this exciting game show and your assumptions on the newest or thirteenth season of Taskmaster. Refer to the other articles on this website for other fresh updates on various popular shows or anime.