Netflix recently delivered brand new and fresh anime content for the anime lovers out there. It’s the first series that took place in the Philippines. Not only that but it also shows the country’s folklore. Unique and exciting, isn’t it? well, if you are truly anime lovers, you probably would have guessed it by now. Yes, that’s right, I am talking about Trese which is influenced by award-winning Filipino comic series of the same name written and illustrated by Budjette Tan and Kajo Baldisimo respectively.

So, if you have watched and liked the first season, then you might have been wondering that if Trese season 2 is going to happen or not? If it will happen, what is the Trese Season 2 Release date? Don’t worry, we are your savior, we will tell you everything in this post related to Trese Season 2. So, keep reading to find out.

This is a dark fantasy crime and horror adult animation first released on June 10, 2021, on Netflix in the US. The series got a worldwide release on its next day on June 11. The first season featured six episodes with the duration of 25-33 minutes each episode covering storylines of the initial three volumes of the comic. It received great reviews from the fans and rated with 7.8/10 on IMDb and that’s why they are looking forward to seeing the second season.

The primary season of the Trese is directed by Jay Oliva along with Tim Divar, David Hartman, Mel Zwyer and produced by BASE Entertainment. Lex and Otis, and Tiger Animation served as the animators of the series. the show was released worldwide in three languages, Japanese, English, and Philippine. This supernatural series revolves around the main character named Alexandra Trese, a woman who works as a private investigator and detective, specializes in crimes executed by powerful supernatural beings of the Underworld. The character of Alexandra was voiced by Liza Soberano in Filipino, and Shay Mitchell in English.

Then comes another main character like Captain Guerrero voiced by Apollo Abraham in Filipino, Matt Yang King in English,

The Kambal / Crispin and Basilio, the twins who fill in as Alexandra’s protectors and together known as the Kambal, voiced by Simon dela Cruz in Filipino, and Griffin Puatu in English.

The story of Trese contains Philippine horror folklore with dark, realistic narrating and follows Alexandra Trese, a secretive investigator who manages crimes of supernatural source mainly happening in the capital district of the Philippines. Due to her specialization in the supernatural, Alexandra is frequently considered when the police can’t deal with paranormal violations, by Captain Guerrero, a man who likes to inclines toward her insight and specific abilities. Alexandra is supported by two mysterious and otherworldly creatures with questionable forces and powers known as the Kambal and together they shield the roads of Manila from different creatures of Filipino legends.

In behind the scene cut delivered by Netflix, Mitchell cautions the viewers, “It’s certainly going to have a lot of exciting bends in the road, so don’t think you understand what’s coming since you don’t.”

So, given the statement indicating that we can’t speculate anything yet but again to roughly take a guess then I think the plot of the second season is that the story will probably continue from where the last episode ended. Makers will likely turn the content after those three initial volumes of the comic book into the storyline of the season’s renewal.

And that’s a wrap, if we receive any fresh announcement or news regarding the Trese season 2, we will let you know right away. Up till then, let’s patiently wait and enjoy the debut season. 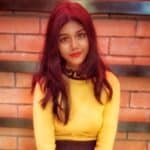