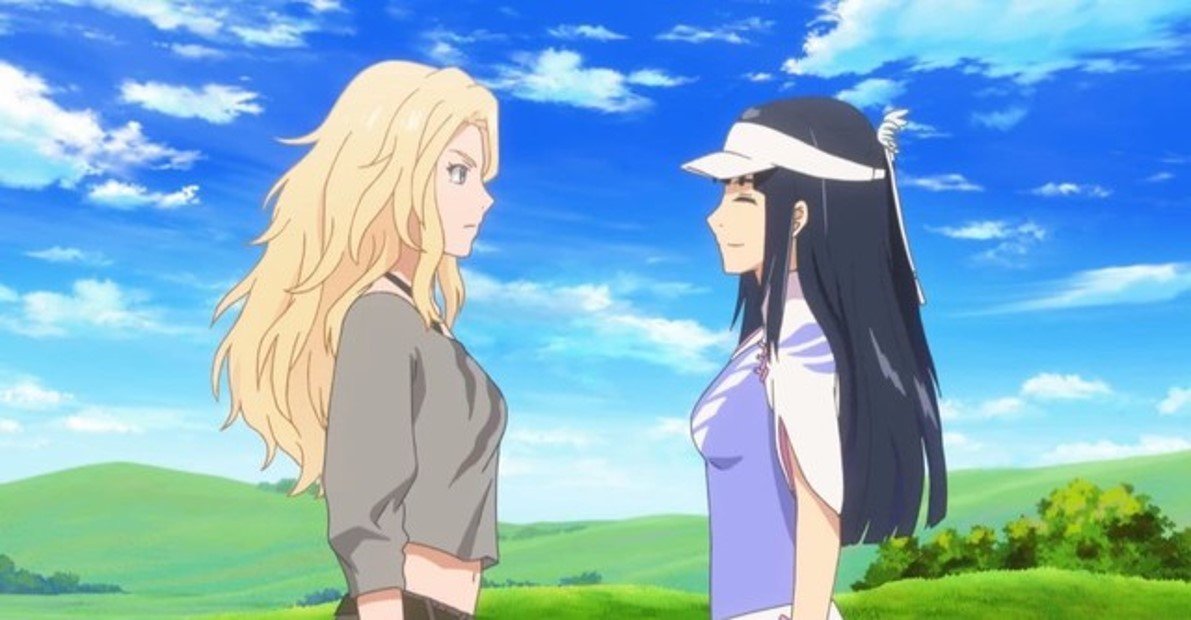 Birdie Wing: Golf Girls’ Story is a Japanese original anime television series, based on golf games. It is produced by Bandai Manco pictures and directed by Takayuki Inagaki. The series premiered on 6 April 2022.

The original anime series was revealed on October 28, 2021. It is produced by Bandai Namco pictures and directed by Takayuki Inagaki and scripted by Yosuke Kuroda, and its music is composed by Kotaro Nakagawa and Hironori Anazawa. The series premiered on TV Tokyo and other networks, on April 6, 2022. The series has two songs, opening and ending, which makes this series more exciting and makes fans watch each episode, the opening theme song is “Venus line” by Kohmi Hirose, whereas the ending theme song is “yodaka” by Tsukuyomi. As the series theme song, composed and written by Kohmi Hirose and arranged by Suketo makusu, with full energy. This has created excitement among fans to watch each episode of the series. Hirose on the show’s official website said that she arranged the song with ‘raw strings” and she sang it with all of her, to give momentum to the show.  It is licensed by Crunchyroll.

As the title of the episode is yet to be announced. But now as the filler outing has come to an end, fans will be able to see what Aoi and Eve are going to create with each other in an upcoming episode. In the upcoming episode Eve, she will share her struggles, hosing problems as well as Vipere to Aoi. Most probably she will tell about her collab with Vipere in order to make ends meet.

But as we already have an idea that Aoi has everything, all the resources and the time which is required to get Eve out of the situation. Thus, she would offer help to Eve. But there would be conditions, she has to play with her, and if she gets successful to earn a reward, the required money would be hers. Birdie wing episode 10 will bring a lot of applaudable golf to the plot.

Read More: Kokushibo Vs Muzan: Who Would Win A Fight?

The title of Birdie Wing episode 9 was “Saotome Ichina Wa Puro Kyadii Wo Mezashiteru” or “Inchina Saotome Wants To Be A Pro Candy”. Episode 9 was released on the 1st of June 2022. In this episode, we got to know more about the life Ichina. how she is determined to become the best caddy. hence this whole episode was based on the life of a single character Ichina.

Besides, Ichina was even more ambitious than both the leads. As episode took a quick visit to the Raiou Girls Academy. Ichina’s ambitions and career choice were pretty strange since she wishes to be a professional caddy, someone that helps and assists golfers with their clubs.

The most exciting aspect of the episode was Ichian’s interaction with Eve. As Ichina was doing well in her life, was unaware of the upcoming mess that was coming with the arrival of Eve in her life. At the end of episode 9, Aoi and Eve met again and decided to comply their promise to each other. Through the ending of episode 9, gave hints to fans about the plot of episode 10.

The main characters of the series are Eve and Aoi Amawashi, as the whole series is based on their game.

Eve (イヴ, Ivo) is one of the central characters of the series, voiced by Akari Kito. In the series, Eve is an untidy teenage girl with optimistic behavior in gameplay, who makes money by using her wonderful skills through an underground golf game, using her “Rainbow Bullet” and other golf styles. She strives to ensure that she, Lily, Klein Clara, Lily’s sister, and Klein’s three adopted children can continue living in their hovel in the slums. Then we have another central character Aoi Amawashi (天鷲葵, Amawashi Aoi), voiced by Asami Seto. Aoi is the daughter of the Tenwa Group’s CEO, she is a skilled golf player at Raiou Girl’s Academy. She plays golf for pleasure rather than for profession, she gets impressed by Eve’s golf derives and challenges her for a match. Then we have Amane Shinjo (新庄雨音, Shinjo Amane), voiced by Ami Koshimizu. She is the caddy of Aoi also her best friend. She has vast knowledge in the field of psychology, statistics, and meteorology, along with detailed information on rivals and courses in which Aoi will be participating, so as give her an upper edge. Then we have Lily Lipman (リリィ・リップマン, Riri Rippuman), voiced by Akira Sekine. She is a friend of Eve, living in the Nafres slums with her sister, name Klein. She is usually the caddy of Eve during her underground golf games. Then we have Ichina Saotome (早乙女イチナ, Saotome Ichina), voiced by Saki Fujita. She is a first-year student on the Raiou golf team and aspires to become a professional caddy. She becomes the caddy of Eve.

Series, you can watch all the episodes of the anime on the official pages of Netflix and the online streaming platform Crunchyroll. The upcoming episode can also be watched on Ani-One Asia’s YouTube channel. All latest episodes of the series are released every Wednesday at 00:00 (JST).

Read More: 25 Anime Like Black Lagoon That Will Be A Binge Watch For You!