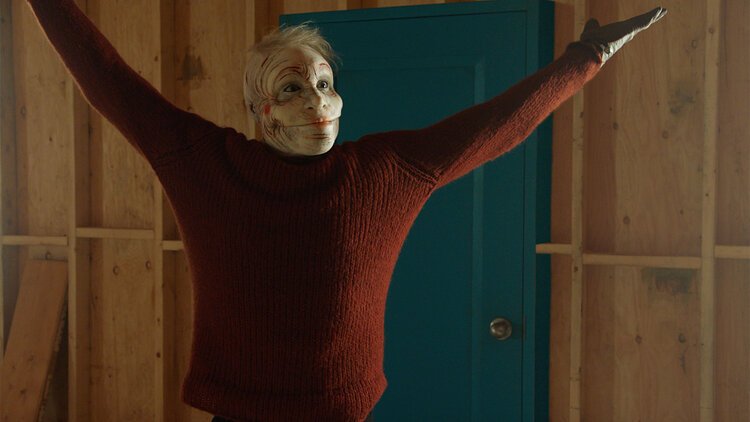 Do you also get stuck on that one channel with a horror movie or show every time you sit to watch something for entertainment? Does the world of unknown supernatural world intrigue your sixth sense too? Well, you must tune into Channel Zero to satisfy your paranormal desires. This is a majorly successful horror television series that has run for four seasons. Nick Antosa created this powerful drama that had various directors throughout all the seasons. Craig William Macneil directed the first series based on the story of Candle Cove. It aired in 2016 from October to November. The second season after that was directed by Steven Piet and based on ‘The No-End House’. It started in September and went on till October 2017. The third season followed right after being inspired by the plot of Butcher’s Block and premiered on 7 February 2018 and ended on March 14, 2018. The crystal clear of all the three series brought back the fourth season for the audience to enjoy which was inspired by The Dream Door and directed by E.L. Katz that ran in the October of the same year as the third season. It has a total list of twenty-four gripping episodes that were launched on the network of Syfy.

The show gathered its potential fame and ran with the help of multiple producers. This dramatic anthology had a new narrative with each of its seasons that impressed its fans with its artistic eeriness. The initial season has said to receive higher viewer ratings but it dropped in the fourth season. This led to the unfortunate discontinuation as it was not possible to keep up with the horror if there are no demand for it. Syfy announced the official cancellation of the show Channel Zero right after the launch of season 4 in 2018.

All the seasons have a creepy twist to send shivers down the viewer’s spine as they watch it. Now even though they are held together under the same umbrella of dramatic supernatural fantasy, they have their independent narratives and individual style. The first season was about a television show of puppets unexpectedly turning into a murderer who would kill people then the second was all about a mansion that initially looked like an ordinary tourist attraction but as the protagonist and her peers experience it turns into a much more mysterious and life-threatening space. The third season was equally gored with a shocking turn of events and dreadful situations that will have you biting nails. The third run of Chanel Zero had a peak viewership with its immensely daring plot inspired by Butcher’s Block which was written by Charlotte Bywater. It mainly focused on two sisters and their chronic mental health- one had schizophrenia while the other had chronic anxiety. Both of them shifted towns in hopes of rebuilding their life but the course of their life started to dismantle again as they found mysteriously creepy things happening in the nearby woods. It hit the emotional nerve of viewers as it showed the trip of guilt consciousness blended with wounded emotions. The fourth received positive criticism but it was not at par with the previous season. It showed two shady individuals with secrets living their new marriage in constant fear and surprise as they discover new truths in the house.

Also Read : When Did The First Spiderman Movie Come Out?

Channel Zero comes with fresh narratives to keep the audience tightly seated and highly interested in each season. The seasons are based on other stories written by other authors so naturally each season and a fresh set of characters for which different cast was recruited each time. The first season Candle Cove was superbly acted out by actors and actresses like Paul Schneider, Fiona Shaw, Natalie Brown, Shaun Benson. In the second season of The No-End House, we got to witness the supreme acting skills of Amy Forsyth, Aisha Dee, Jeff Ward, and several other actors. There were many other actors and actresses in the entire series of Channel Zero.

Where To Watch Channel Zero?

Read: When Did The First Avengers Movie Come Out?