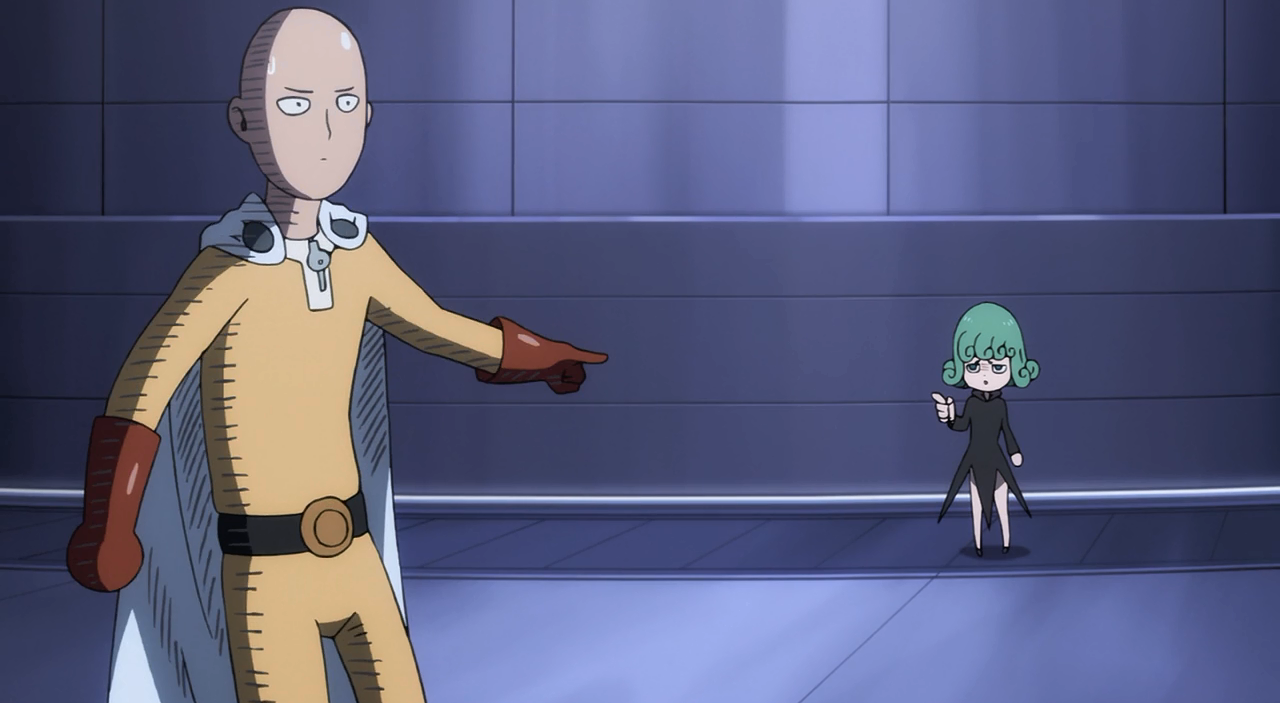 The One Punch Man anime and manga series is beloved by many fans for its comedic adventure hero life of Saitama, the story’s protagonist. Yusuke Murata’s magnificent artworks were used to illustrate the story, which was written by ONE.

The series was inspired by WebComic, in which the story revolves around a powerful protagonist who decides to live a hero’s life for fun and, more importantly, to earn money. Hero rankings in the Hero Association were divided into three categories: Class A, B, C, and especially Class S, which is reserved for extraordinary heroes.

Occasionally, in addition to the main lead characters, some other characters spread their excellence throughout the series or manga, which plays a significant role in that. Tatsumaki is the character’s name in OPM. But does Tatsumaki realize how powerful Saitama is?

Tatsumaki and Saitama had some very interesting chemistry that was very enjoyable. Nobody knows the limit of Saitama’s power, and I don’t think Tatsumaki does either. But because she is a Psychic, she can guess his level of power. Let us investigate the ultimate answer in this article.

Who hasn’t heard of Tatsumaki yet? In OPM, this character served as a tritagonist. In the war zone, she was known as Terrible Tornado. She was a 28-year-old woman with green eyes, green hair, and amazing physical characteristics. Of course, she was no ordinary lady. She also possessed some extraordinary qualities.

When did Tatsumaki and Saitama Met In One Punch Man?

When they first met, Saitama thought of her as an annoying little girl sitting in a mall corner. At first glance, Tatsumaki mistook him for an ordinary man. After that, when they fought each other again after a long time and attempted to meet for the first time, Tatsumaki realized Saitama’s strength.

She finally understood the Hero Saitama’s speed, strength, intelligence, wit, and fighting passion after fighting him. Tatsumaki possessed superhuman throwing ability as well as the supernatural ability to scratch anyone by tossing around. But in Saitama, this power didn’t work at all, which surprised Tatsumaki.

ALSO READ: Tower of God Season 2 Release Date And Everything We Know

Who Will Defeat Whom In One Punch Man?

Obviously, Saitama will triumph over Tatsumaki. Because Saitama’s power was greater than that of any other character in OPM. As a result, it’s almost certain that Saitama could easily destroy Tatsumaki with a single punch.

Tatsumaki quickly realized how powerful Saitama is due to his Physic power resistance capacity. She possessed the ability to destroy the dragon-level monster, but it did not work on Saitama. That’s when she realized his true power. Tatsumaki’s attractive aura could mark her as a notable character for her own qualities. Tatsumaki is the best-designed character ever, making the plot of One Punch Man a different test for readers.

Her relationship with Saitama is also quite intriguing. She fights solely with her psychic energy because she lacks physical strength. This explains why Saitama’s power appears to be overwhelming to her.

Does Tatsumaki Know How Strong Saitama Is?

In One Punch Man, Tatsumaki is a powerful hero in the series and is regarded as the strongest Esper. She is the number two hero and is known as the ‘Tornado of Terror,’ knowing that no one can escape his God-like psychokinesis ability.

Tatsumaki could be considered God Disaster Level if she becomes a villain, given how she lifted the entire city and tonnes of boulders all by herself during the war against Monster Association. Tatsumaki is frequently misidentified as a child due to her childish appearance and childish personality, despite the fact that she is 28 years old. Unlike the other heroes, Tatsumaki knows Blast the best, despite the fact that he is a mysterious hero, because they met 18 years ago, which inspired her to become a hero.

Tatsumaki promised Blast that she would protect her younger sister no matter what happened. Tatsumaki became overprotective as a result, and Fubuki despised him. Tatsumaki, knowing how protective she is, especially when it comes to Fubuki, overdid it in front of Saitama, resulting in him protecting Fubuki. Tatsumaki fought Saitama without hesitation as a result of this.

Despite the fact that the battle is one-sided, Tatsumaki is powerless to harm Saitama in any way, similar to how she tried to lift Saitama with her Psychokinesis but failed miserably. Knowing how arrogant she is, she refused to acknowledge Saitama’s power despite everything, believing that she was simply exhausted as a result of her head injuries, which limit her power.