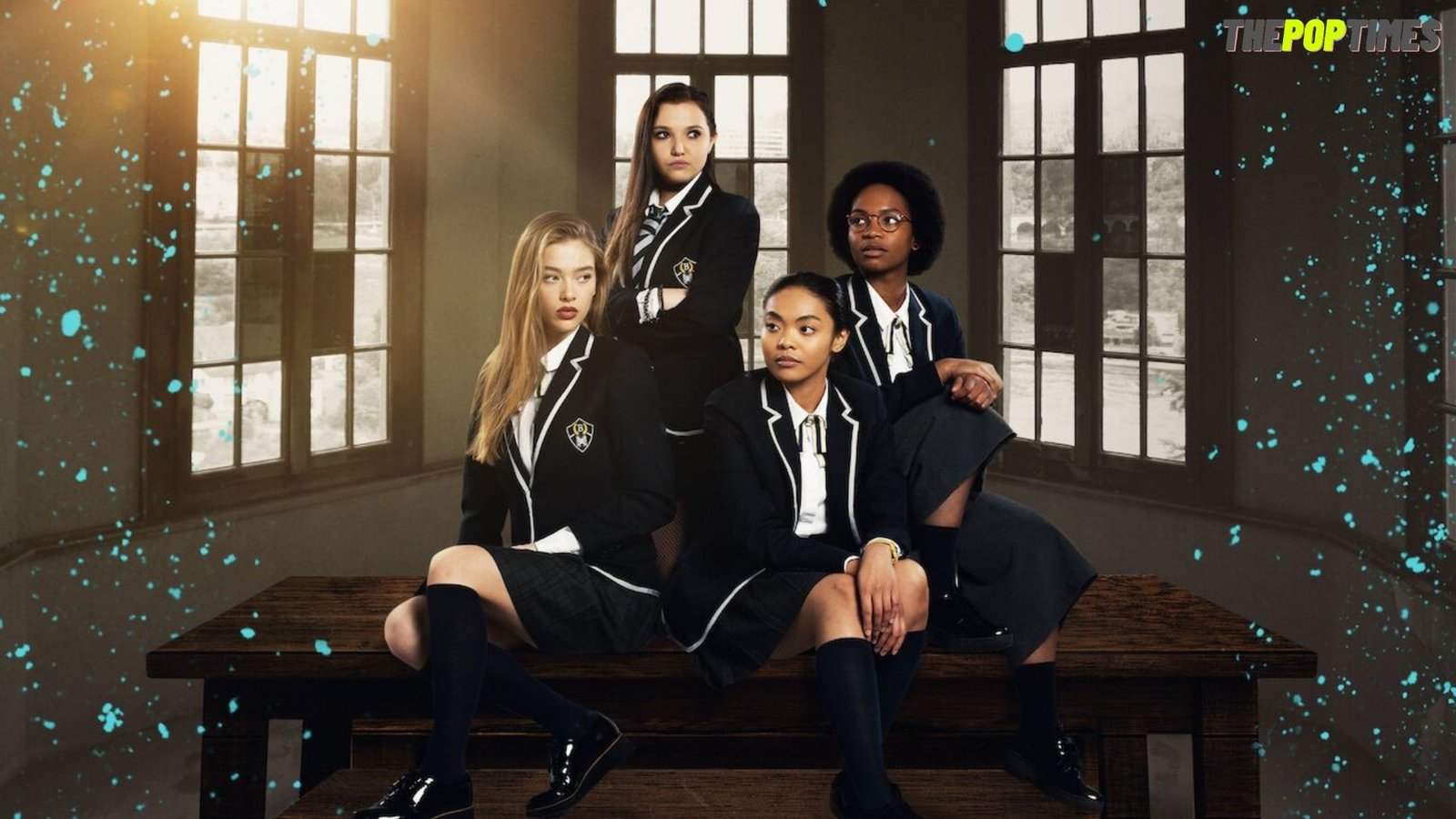 BBC iPlayer and Netflix streamed series Get Even has attracted a lot of audiences lately. The show basically revolves around a group of classmates who call themselves DGM. What the heck is DGM mean? It’s nothing serious it’s just ‘Don’t get mad… get even’. These four girls are popular as they have a noble goal, they expose the bullies and fight cruelty in private High Schools.

But how can a story end like this? The girls get into trouble and find themselves in a huge mess after they are accused of murder. The great turn in the plot will make you binge-watch the first season in a single go. After a great and successful first season, fans are waiting for season two eagerly. Here are all the details compiled about getting even in season 2.

Get Even Season 2 Release Date

Unfortunately, there has been no information regarding the second season. And we are very sad to announce that season 2 has not been renewed by the production house. The first season of Get Even premiered on the 14th of February 2020 on BBC iPlayer. After that Netflix commissioned the show and brought it on its platform on the 31st of July 2020.

Both the streaming giants haven’t revealed any kind of information regarding the show’s renewal. Even the fans who just have watched a single episode of the first season are relentlessly waiting for a second season.

The most important thing for the maker is to analyze whether they have enough source material for continuing the next season and having enough fanbase for the show. Get Even has a great fan base worldwide since it dropped on Netflix. And fans should not worry about the source material of the show as there is plenty of source material left to cover.

For those who don’t know, Get Even is adapted from a book written by Gretchen McNeil. A sequel to that particular book has already been published so we are definitely sure that they have source material left to cover. Maybe this sequel book could be the second season’s plot.

Get Even Season 1 Recap

As I mentioned earlier the show is based on a series of books written by Gretchen McNeil. If I refresh your memory from season 1, the girls finally managed to capture the confession of Logan and expose his story to the World. After doing this, they received some bad news.

Kitty confessed to the girls that the school would not renew her scholarship anymore. They are in a weird situation regarding how they could help Kitty to stay in school. So the girls made it their next mission and promised to help Kitty. Kitty’s future is in danger, and it only depends upon DGM to help her save the scholarship.

But the DGM basically has other problems, too and they might face a more significant threat. The DGM put the powerful people behind bars after they learned about the malpractices of its staff and student. This is what happened at the end of season 1.

Get Even Season 2 Story

Now as I have refreshed your memory from season 1 you might be wondering what could happen in season 2. The plot at the end of the show went thicker, and the audience couldn’t wait but wonder What are the girls going to do next. As I mentioned above McNeil has recently released a sequel to its book, and we searched for the plot for season 2.

Get Even Season 2 Cast

There has been no confirmed release regarding the cast of the show, but there are great chances that the main cast, which is the four girls, will return to reprise their roles and continue their character for the next season. This will include all the DGM members, Mia McKenna-Bruce as Bree Deringer, Kim Adis as Kitty Wei, Jessica Alexander as Olivia Hayes, and Bethany Antonia as Margot Rivers.

Get Even Season 2 Trailer

As the show is yet to be renewed by the original maker, there has been no trailer released yet. If we guess the show might drop in 2022. Till then, you can watch the season 1 trailer while you wait for season 2 to refresh your memory.

Where To Watch Get Even Season 2 Online?

READ MORE: Will There Be Extracurricular Season 2 Release Date Out?