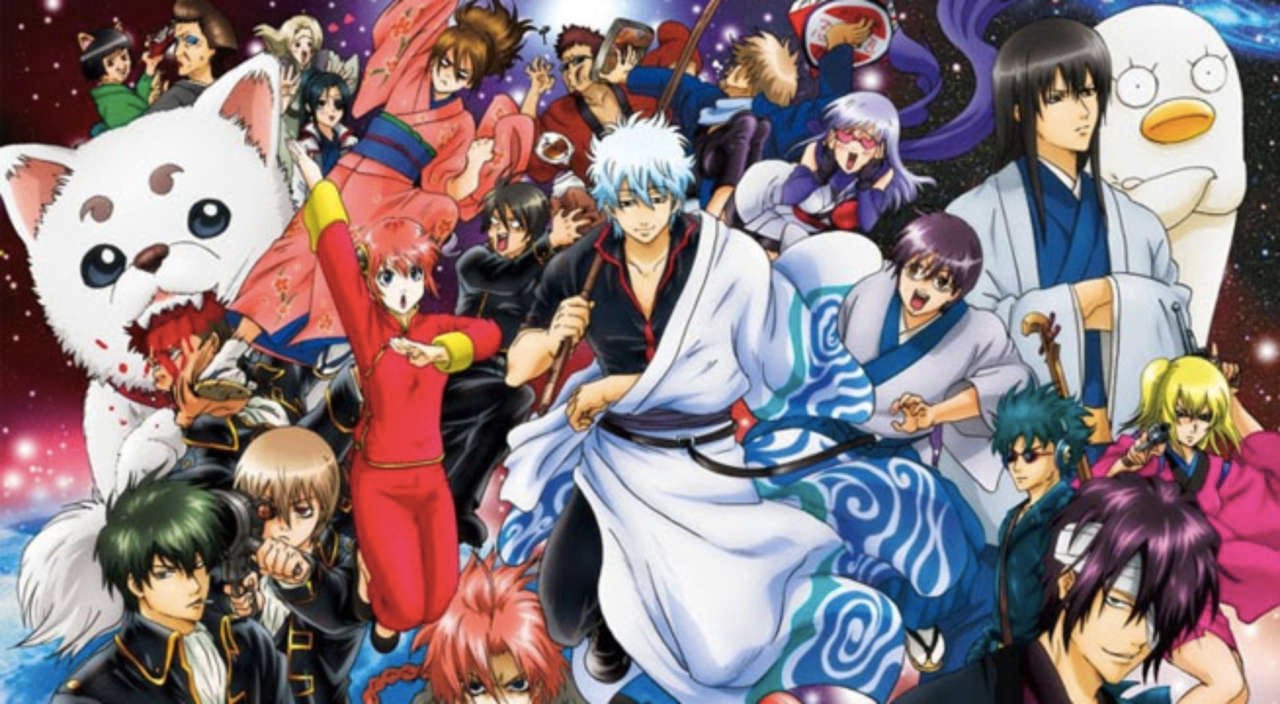 Gintama is a popular adventure and science fiction-based anime series that anime lovers do not miss watching. The series is based on the manga of the same name that is both written and illustrated by Hideaki Sorachi. The manga has been one of the most famous manga because of the amazing storyline and illustration that cannot go unnoticed making the anime famous too. The manga ran from 2003 to 2019 and had 77 volumes. After the completion of the manga, it was adapted into OVA (Original Video Animation) which got featured in Jump Festa and Anime Tour. This was followed by the adaptation to anime series in 2006 that ran till 2018. The storyline was also adapted into three movies. You must be thinking that this might be the end but it is not because the manga was also adapted into light novels, video games, and a live-action movie.

Gintama has been the best-selling manga series in Japan and the most popular series throughout the world. All the adaptation has received accolades from the fans and the critics for all the elements that it has to offer. It is in fact the top viewed and selling anime all over the world among anime viewers together with Naruto.  The series is a full-packaged series that will give you the experience of everything you will want in anime which includes comedy, fantasy, action, adventure, and everything in between with amazing animation of course. The series also comments on various cliché ideas that are present in other series of the same genre which is shonen. The alien attack has a lot of metaphorical meaning making the series not only comedic or fun but also deep and different from other series. Gintama also got nominated in various prestigious award shows and categories like the Society for the Promotion of Japanese Animation Award. Gintama from the beginning has received precious and positive remarks.

After getting to know a little from the introduction you can understand that the series has some importance in the anime world but then there is one problem that we have found several fans have faced and many are facing while watching it now. The problem is the order in which one needs to watch the entire thing. Thus, to make things easy and also for all those who are willing to watch the series but are finding it difficult to understand how and in what order they should watch, we have prepared this special article which will take you through the entire order which you should follow in order to understand the entire storyline and also to get the maximum experience of the amazing series. So, without taking any more time let’s get started with the article so that you can start streaming as soon as possible.

1. Gintama: this is the first season of the series and the whole story starts with episode 3 and lasts till episode 57

2. Gintama: The Movie: Shinyaku Benizakura-hen- it covers episodes from 58 to 61 and the best part is that you will get even better animation making the experience better.

3. Gintama: After watching the movie you can again begin watching the season of the series from episode 62 and continue till 201.

4. Gintama season 2: season 2 of the series where you will watch the episodes further and get to know about the stories more. In this, you will watch episodes 202 to 252 which will be followed by

5. Gintama’ Enchousen: after watching till episode 252 you can watch this from episodes 253 to 265

6. Gintama Movie 2 Kanketsu-hen- Yorozuya yo Eien Nare: this is what is followed by episode 265.

7. Gintama season 4: After watching the movie mentioned above you should switch to the 4th season of the series where you will get to watch from episode 266 to episode 316.

8. Gintama season 5: this is where you will get to watch the following episodes that are from episode 317 which will last till episode 328.

9. Gintama- Slip Arc: this is season 6 of the anime series which takes you through the series from episode 329 to episode 341

10. Gintama Silver Soul Arc: the 7th season of the anime series which contains episodes from 342 to 367

11. Gintama – The Semi-Final: the second last major season where you will follow the story from episode 367 and further till the final one

12. Gintama- The Final: This is the final one on the list that will take you to the end of the series.

Now the big question that you might be thinking of is why we are telling you the order and why actually you should watch the series in the order. The simple reason for it is if you miss the order of the series then you might miss the storyline in between, several characters, and much key information which might be vital for the other episodes but if missed then you might lose track and will find difficulty in understanding.

The order is also very important because there are several movies and special releases in between the chronological order that we have shared above, so, you might miss out or get confused, so, in order to make your experience absolutely fun, you can watch Gintama in the series followed by the other leftover releases that you can watch at your own pace and enjoy without getting confused.

The science fiction adventure series Gintama is based on a story that is based in the late- Edo Period where the human world has been attacked by the Amanto, aliens. The samurai of Japan in the Edo period are fighting to save the world from the aliens. But the aliens are very powerful and seeing that Shogun has put their hands up and has surrendered. The surrender has led to the agreement with the aliens of an unfair contract where the carrying of swords has been banned and the invaders’ entry has been granted into the country. This means that the troubles have increased tremendously.

The Shogun has become a puppet and the samurais have lost their swords. The storyline follows a samurai named Gintoki Sakata. He helps Shinpachi Shimura, a teen to save his sister from aliens. After this Shinpachi after his help starts working for him and learns about him. They together then save and rescue an alien girl and includes her in their business. After this lot of things start happening with a lot of twists and turns which you will not be able to miss once you start watching.

Anime and manga without perfectly designed and characterized characters is absolutely nothing. The storyline definitely has a great role to play with all other things but if the characters in the series are live and not like in the manga who we can imagine, so, if they do not stand out then everything else falls apart. Gintama has not failed to surprise the fans in terms of characters as the long list of characters is perfectly blended with the series making everyone fall in love with every aspect of the series. The main characters of the series include Gintoki Sakata, Shinpachi Shimura, Kagura, and Sadaharu.

Where To Watch Gintama?

Now, since you are all aware of what is the watch order of the anime series and have also come across the story that you will be experiencing in this series which is filled with a lot of things then you might also want to know the final and most important information which is, where you can actually watch the series. So let me guide you through the final step. You can watch the entire adventure series Gintama on Crunchyroll and Hulu. Just follow the watch order to not get confused and enjoy streaming the series.

READ MORE: Never Have I Ever Season 3 Ending Explained: Who Does Devi End Up With?