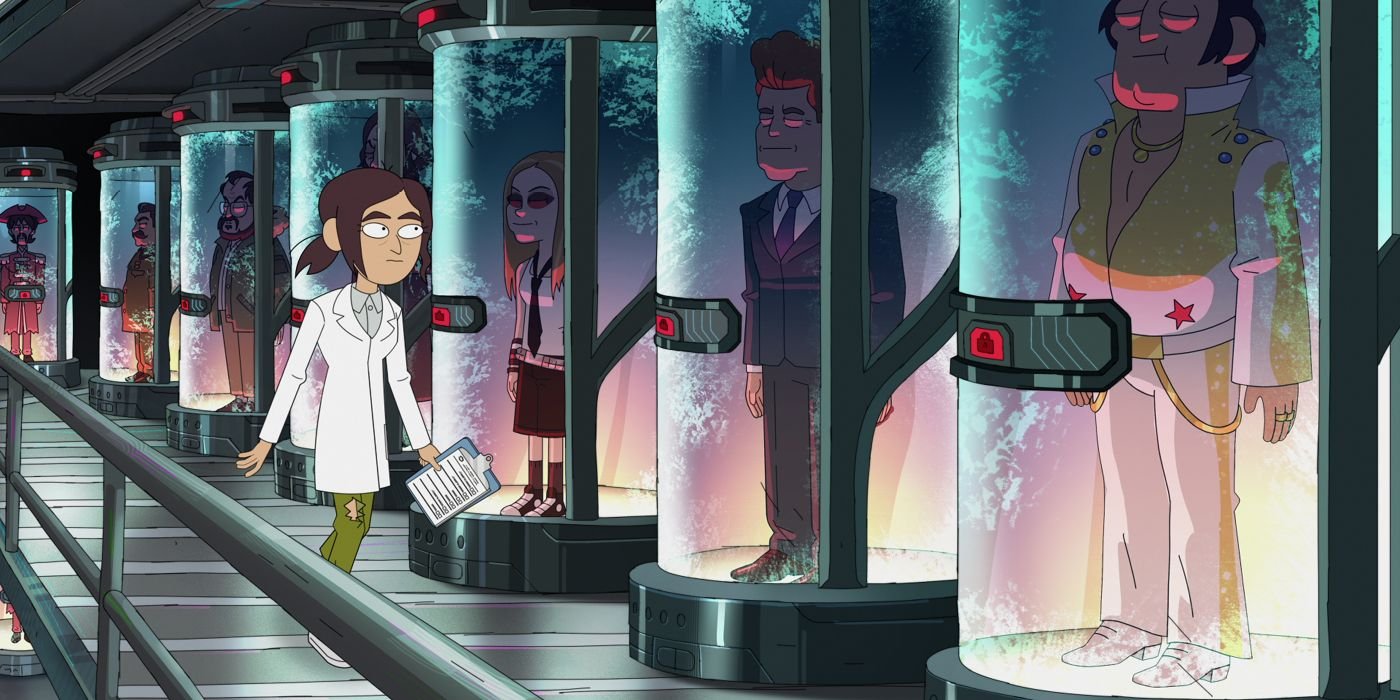 Inside Job is an adult animated streaming television series that originated in the United States. Its genre is workplace comedy and paranoid fiction. The producers of the show are Alex Hirsch and Shion Takeuchi, who is also the creator of the show. The viewers are already waiting for the show to binge-watch. We cannot do anything but the audience needs to be a little patient as there are not many days left. Here we will talk about the Inside Job Season 2 release date and much more.

Takeuchi, in an interview, said that she got the idea of the show in her college days and assured that there is not anything weird in the show. As the character develops in the show, they talk about subject matters which all adults go through and she also added that it feels good to be able to talk about these issues. When asking about her experiences with adult animation, she said that doing an adult animation is little intimidating.

In April 2019, Netflix announced the animated series of 20 episodes. In the June of the next year, 2021 the platform announced the voice artists of the show. The first season is scheduled to premiere on October 22, 2021 on the OTT platform Netflix. However, Netflix has not announced anything about the Inside Job season 2 yet. It is expected that the season 2 of the show will highly depends on the success of the first season. If this upcoming season receives positive reviews, Netflix might decide to go for the next season.

Reagan Ridley is a character who is a tech genius and is portrayed as socially awkward person. She works at Cognito Inc. and tries very hard to manage her co-workers who are very irresponsible. Reagan believes that the world can be improved and wants to make this world a little better. She was voiced by Lizzy Caplan.

Rand Ridley is Reagan’s father and former CEO of Cognito. He was fired from the work place and remained unemployed. Also, Rand lives with his daughter. He is voiced by Christian Slater. Brett Hand is a sensitive and caring person and lives in Washington D.C. and is voiced by Clark Duke. Dr. Andre is a biochemist and usually experiments with narcotics and voiced by Bobby Lee. J.R. Scheimpough is the current CEO of Cognito and is voiced by Andrew Daly. He is a conversationalist who is portrayed as a little cunning.

Created by Shion Takeuchi, the series is set in to the work place of Shadow Government Organization Cognito, Inc. in the United States. There are various conspiracies which are believed to be real and there is a woman who is trying her best to keep her activities out of prying eyes.

The series also revolves around a tech genius and her partner. They try to uncover the secrets of the world. These secrets are believed to be “hidden in the shadows”. Th tech genius works in a place full off shapeshifters and psychic mushrooms.

Since there is no information about the season 2 of the series, there is no trailer or teaser of the second season. However, if you wish to you can watch the trailer of the season 1 by clicking on the link given above. On September 20 2021, Netflix released the trailer- teaser of the show. It received a lot of positive reviews and was described as a mixture of reality with fantasy and making us feel nostalgic. In case you liked the trailer and wish to watch the full show, the show will be available on Netflix on October 22, 2021.