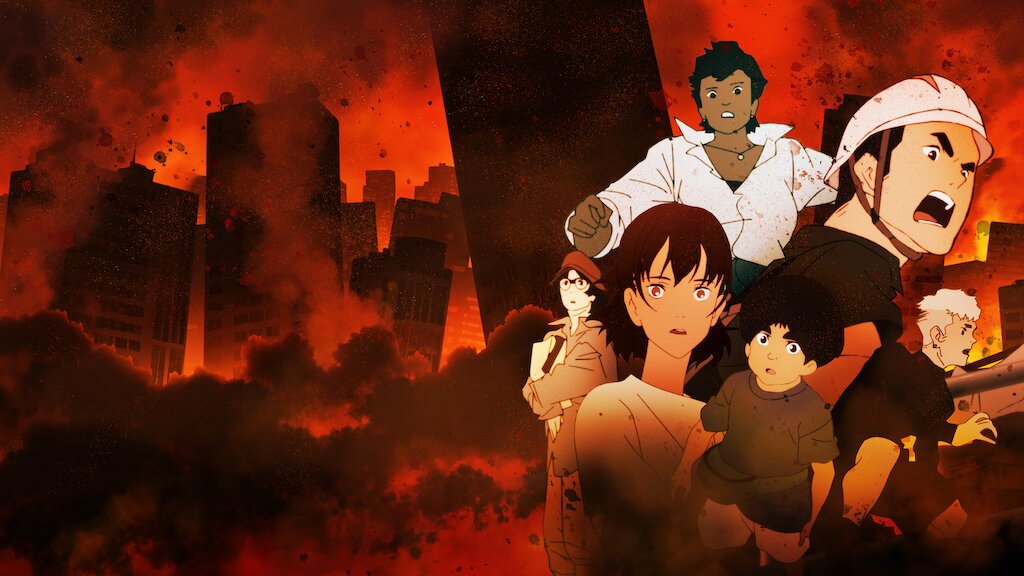 Animated series has always been a part of entertainment for very long. But during the time of the coronavirus pandemic, anime has attracted a great number of viewers across the globe. Lots of viewers are crazy about anime and love to spend their time watching it. So there is another series that premiered during the time of lockdown, Nihon Chinbotsu Ni-zero-ni-zero, a Japanese anime series. I can assure you that you would be unable to refrain from watching the series once you start it.

A Japanese disaster novel Japan Sinks, written by Sakyo Komatsu. Sakyo took around 9 years to complete this disaster novel, and he completed this novel into two volumes which were published at the same time in 1973. Japan Sinks received several awards such as the Mystery Seiun Award and the Writers of Japan Award. However, for all the non-Japanese readers, the novel was translated into English and published in 1975. For all the readers, the novel was adapted into a Netflix original anime by the name Japan Sinks: 2020. This animated series was directed by Pyeon-Gang Ho and Masaaki Yuasa whereas Toshio Yoshitaka has written the series. Japan Sinks: 2020 has been streaming on Netflix since July 9, 2020. The series only has 10 episodes while the running time of each episode is roughly around 25–32 minutes. This was not the first time the novel was adapted into a series, in 1974–75 a television drama was adapted from this novel. If you have already completed season 1, and are waiting for updates about the season 2 premiere. Then we have got something for you, continue reading this article to learn about Japan Sinks season 2!

Netflix has always returned with banging shows and this time it has happened the same way. Science SARU has adapted the Japanese series from the disaster novel Japan Sinks which is streaming on Netflix. Japan Sinks has got great responses from the viewers, despite reviews Rotten Tomatoes rated the series with 72% whereas IMDb rated with 6.4 out of 10. All the episodes of season 1 premiered on the same day with the title of episodes “The Beginning of the End”; “Farewell, Tokyo”; “A New Hope”; “An Open Door”; “Illusion”; “An Oracle”; “The Dawn”; “Mom’s Secret”; “Japan Sinks” and “Resurrection”. It hasn’t been a long time since the first season wrapped up though a lot of audiences are craving for the second season. Netflix has yet to announce when Season 2 of Japan Sinks will arrive, but luckily it is not officially canceled yet.

The storyline of Japan Sinks has attracted many viewers. This amazingly banging show has entertained audiences a lot. The storyline of Japan Sinks starts after the 2020 Tokyo Olympics when Japan is hit by a major earthquake, and amid chaos, Gou along with his elder sibling Ayumu somehow escape the city with their friends and family. Mutou siblings believe in the future and they somehow got the strength to survive in that condition. Nothing is yet known about the storyline of Season 2. We will have to wait till the second season is renewed.

READ MORE: Is The Concept of Shark Tank Real?

As the show is not yet renewed for the second season, no trailer has come yet. Viewers have to wait until the creators of this series give green light to season 2. Japan Sinks is streaming on Netflix. After watching the series, do let us know in the comment section how you liked the series. Till then stay tuned with us for the articles about your favorite shows!