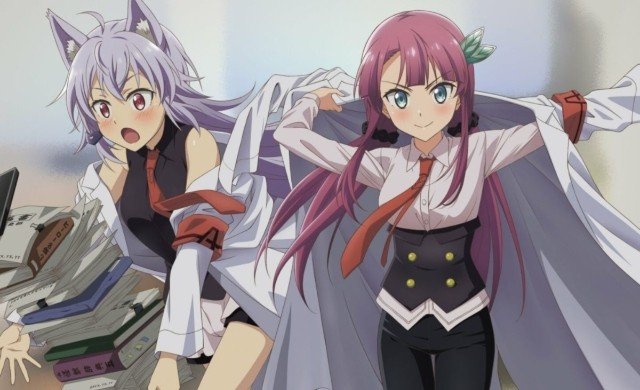 Only a few days are left until the premiere of the Anime series Kaijin Kaihatsubu No Kuroitsu-san. All the fans of Anime are curiously waiting for its premiere date. In July 2021, it was officially announced that the manga series was adapted into an anime series by Flex Comix. Crunchyroll already licensed the series to premiere outside Asia.

There is glad tiding’s news for all Japanese as well as international viewers, that Anime is going to premiere on January 9, 2022, yes! Next year, in January the series is going to premiere. Less than a month is left until the release of episode 1. ABC decided to premiere this anime series at 26:00, next year January 8, but according to JST, it will be 2:00 a.m. on January 9, 2022. It will surely be worthwhile. As no anime series can this point their fandom. What will be the story?

The story of the Anime series is a blend of comedy and a fight for justice. This unique plot has already won the hearts of readers of the Manga series. And it is coming into the adaptation of the Anime series to win the heart of all the fans of the Anime series from all over the sphere. The plot of the Manga series revolves around the assistant researcher from the Monster Development Department of the evil organization Agastia, named Touka Kuroizu. It’s a story about how she fights for justice against none other than her Boss. The whole story is filled with justice as well as evil and how she fights in the shadows for justice. But we have to wait for the plot of the anime series, as it is adapted from the manga series, but creators must add some twist, however, it is just a forecast. Let’s wait until the premiere of the Anime series on ABC and TV Asahi.

READ MORE: When Will Meiji Tokyo Renka Season 2 Release Date Be Out?