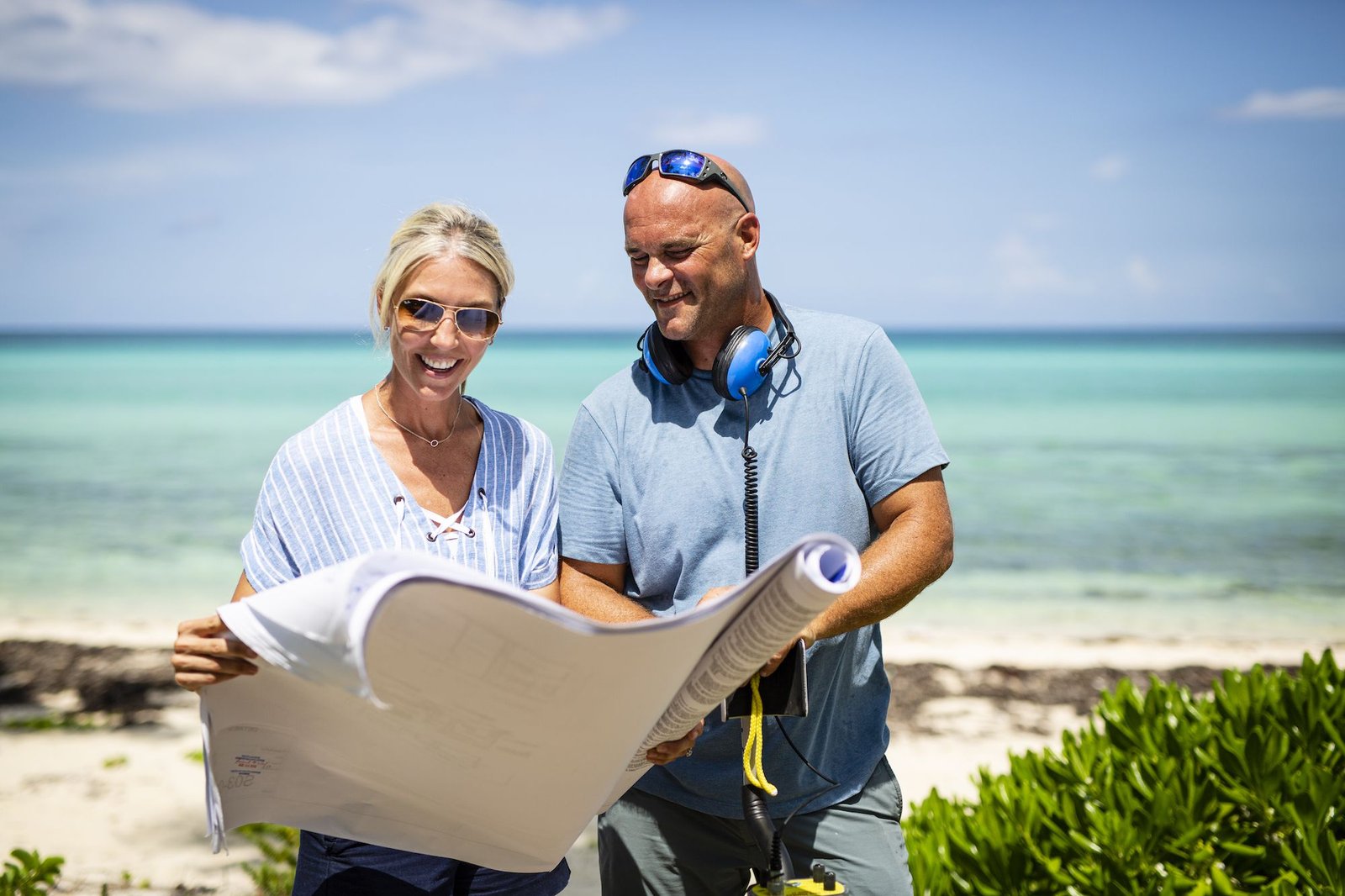 Renovation island also known as Island of Bryan is a reality television series that show the life of Bryan Baeumler and his family on the island South Andros restoring the resort Emerland Palms. It all started in 2017 when the Baeumler family vacationed on South Andros Island and then came across this resort.

The resort has been closed since 2011 that means it has gone over a decade without functioning. It is a resort of 18 rooms, 22 villas, club house and spa and a beach bar on a property covering about 10 acres of land. The resort is at an ideal location, it is one hour drive from Fort Lauderdale and about 30 minutes from Nassau. The couple really liked the resort and saw a possibility of brighter days for the resort hence decided to purchase it putting in all their life savings or their financial safety.

They are putting in all their savings and renovating the resort. They are giving it six months and working really hard. They also have Bryn’s business apprentice Adam with them. Bryan is very well known for his amazing building work and already has two other shows in his resume of work named House of Bryan and Bryan Inc.Here are all the details we know about Renovation Island Season 3 Release Date.

The first season was very well received in Canada and it became the third best television reality show of all time. Also, for the network it is aired on called HGTV it became the show of decade as it gave the highest earnings to them in the past 10 years. In the first season the show did not really have a hard time finding its place with the audience as the previous shows by Bryan and his popularity already was well established.

People loved the show and the hard work from Bryan and Sarah. They felt like they were taking part in the decisions and when the season ended, they really had the urge to let it come back for another season until the resort is finally opened for pubic. The first season had 13 episodes and the series got renewed for another season. The season 2 has 8 episodes and then the show got renewed for another season as well that has 10 episodes. The third season that is still running has ten episodes, 5 of the have aired already. The third season has episodes about an hour long and was filmed majorly during the pandemic.

In July of year 2021 it has been confirmed by Bryan that they have already begun filming for season 4. Thus, showing the faith the network and the creators have in the show. While the third season is still being aired, they already are confident enough of fans love for the show that they have started filming the season 4.

On the show people get to see the building process and how dreams and imaginations are made concrete by working hard but also get to see the amazing partnership between the coupe Bryan and Sarah both as a husband and wife and parents but also as a team of Bryan the builder and Sarah the designer.

The first episode shows the family introducing itself, celebrating Sarah’s 40th birthday and also showing us their new project that is the Emeralds Palm resort. Over the next episode the bad condition of the resort closed from 10 years is shown as there were termites everywhere and almost every block, beach villa and main needed renovation. They introduce with the local up keepers who have taken care of it for past 10 years and also let us into the plan of refurbishment for the main block. When the clean out the storage 20-year-old stuff was found in there.

The family is still on the renovation steps and the refurbishment cost is going a little overboard by the end of season and they push their opening time date. He also brings in workers from Canada to keep up the speed of the renovation.

The workers also enjoy the time at beach away from the winter period in Canada.
The family is now very close to opening sections of the vacation house and by the end of season 2 they were already giving final titivations and preparing for the grand opening. People have shown such excitement that they already had started to make booking.

Through all this Sarah takes a good survey of all the settings. They also have a wedding reception in the resort in season two and welcome the chef family. Everythign goes pretty smoothly. As for the season 3 that is still running and people are enjoying to see Bryan’s dream slowly coming true and the resort looking beautiful and welcoming.