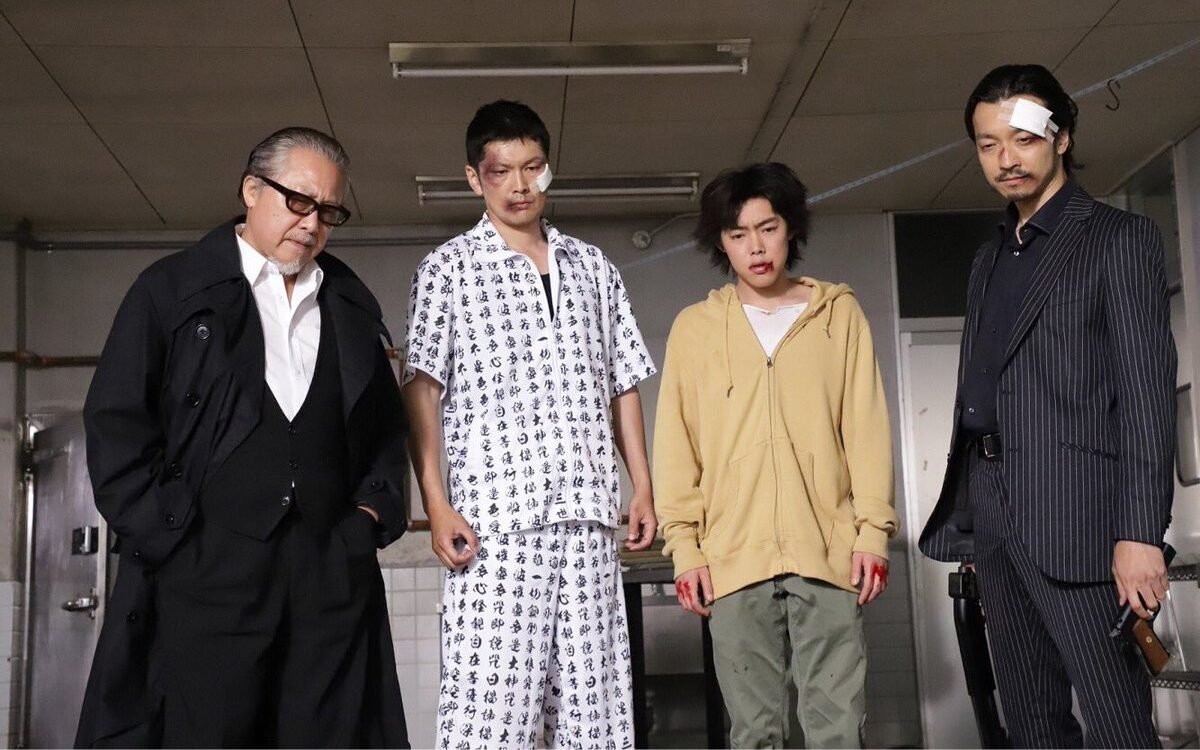 Smoking is a true gem of a show, one of those little-known foreign-language TV shows that Netflix is so good at acquiring with little fuss. So, I’m going to make a big deal out of this one.

It’s almost like a modern Japanese take on the old Saturday morning serial: lots of action, individual stories within a loose arc, great characters, and short snappy episodes. It’s violent without being gory (well, only slightly, once or twice); mature without being nudist; and entertaining without being a comedy. If all of that sounds appealing, give Smoking a shot.

The smoking season one was a banger and was loved by many audiences across Japan and worldwide as well. Despite the popularity and craze for the show, we are sorry to say that the show has ended now and that there are no more seasons left that would be coming out.

Seeking greater justice, a gang of homeless assassins slaughters their human targets and returns the tattooed skins as proof of a completed contract.

The story of Smoking revolves around a small band of vigilantes led by Uncle Sabe (Rin Furukawa), a former underground doctor. Sabe’s work bears their signature, removing the tattoo from a target’s back and delivering it as proof of the job’s success. The jobs are always about restoring some sort of justice or honor, such as dispatching a gang leader who does not pay out the promised rewards. However, smoking targets are not all gang-related: some are personal and bring no reward at all.

Sabe has three very different young men under his wing: Hifumin (Kaito Yoshimura), who doesn’t speak; Haccho (Nobuaki Kaneko), who is a little more sophisticated than the others; and Goro (Tomomi Maruyama), a big guy nicknamed “Gorilla,” who does the majority of the physical fighting. As the series progresses, each character’s backstory is revealed, detailing what brought them to the team and motivating certain scenes of retaliation. They gradually become sympathetic, if not fully developed: these are strong but two-dimensional characters, similar to the great Saturday morning Zorro.

The acting is as good as the script requires. Sometimes hammy humor is required, and other times more nuanced expression is required: the cast of good guys can deliver on both counts. (It’s less important for the villains, who are drawn straight out of a comic book.)

How Was Smoking Made?

This show is the work of two directors (Hajime Gonno and Takashi Motoki) and three writers (Zuimaro Awashima, Yûsuke Moriguchi, and Nonji Nemoto), and the collaboration works well. There is an obvious change in pace and style at times, but this suits the way the focus shifts to a specific character who is lovesick or has a traumatic history. It also works well in another way, in that what appears to be a superficial and cliched crime story at first gradually becomes richer over the course of the dozen episodes, as you see how the threads weave together.

Smoking is a straightforward, low-budget production with a soundtrack worthy of a soap opera. And it’s extremely entertaining: fun at times, emotional at others, and each episode begins with you wondering who will be killed this time and why. Smoking is as addictive as cigarettes: I enjoyed it and hope there will be a season two.

The main cast of Smoking includes the following actor and actresses:

Although the show was a little conflicting, the audience reaction was kind of mixed. Here are some of the reactions of a few audiences:

Anonymous 1- “I had no idea what this would be about; is it based on anime, a novel, or something else? But it’s actually quite entertaining; imagine Yakuza meets the A-Team. There are only twelve episodes, they’re short and fast-paced, and you have to admire Netflix for providing a platform for such interesting content.

Every other episode, you get a little backstory on our foursome, you see the most popular Yakuza art designs, and I still have no idea what they did with their money or why they recycle cans on a daily basis. Very perplexing. It’ll take you less than a day to binge the entire season, and it’ll probably leave you wanting more.”

Anonymous 2- “I liked the characters and their relationships a lot. The storyline was quite gritty and kept a steady pace throughout the show. According to what I’ve read, there will be no second season. Too bad, but it’s definitely worth a look because they neatly wrap everything up.”