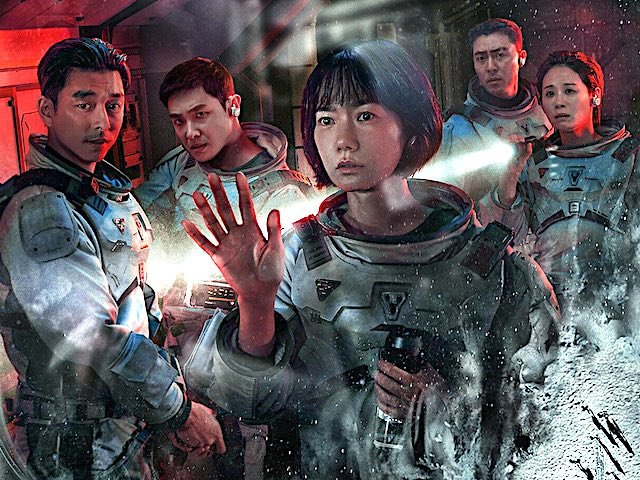 With the latest trailer of the Korean drama “ The Silent Sea,” season 1 is a blast into the science fiction genre for the year-end, a story completely set in the future of the earth with catastrophic changes in the climatic condition, we see our homeland going through a deadly famine, and the future of the earth depends upon a group of special forces who embark on a journey to the moon, with the cliff-hanging ending to the trailer, the audience can surely wait for the next season to drop soon. The series also seems to be an adaption from the 2014 short film “the sea of tranquility,” and Choi Hang-Young directs both the series and the short film. The series will be available on Netflix.

For the first season, the audience received the date of 24th December 2021, Christmas eve as the last mark for all the wait and anticipation, it was announced by Netflix on the Netflix geeked Twitter feed. We also have seen the drop of two trailers before the actual release one being the teaser which has already reached the 1.1 million mark and the second one the official trailer released on 10th December, already crossed the 3.3 million views mark.

Though we haven’t received any update on the release of season 2 but with the plot being a cliffhanger, we have got nothing to do but sit still while clinging to our seats. Another highlighting fact regarding the series is that it will be an 8-episode series which indicates 8 episodes full of trifling suspense. Though the episode duration isn’t confirmed, we can expect a time duration of 45 minutes per episode. We can expect the next season maybe in 2023.

Will There Ever Be The Silent Sea Season 2?

It has been almost one year since season one of the show was released and the fans of the show are anxiously waiting for season 2. But as we have mentioned above that there is no official information regarding the release date of the second season available on the Internet, and till now we have no updates from the sites of the makers or the distributor. However, there are chances for season 2 as the production team has enough storyline to cover. In the second season of this science fiction show, we may see the whole focus shift to Luna. Now for further information, We need to wait for the official announcement about the show’s renewal.

With the start of season 1, we see our Earth but not in the present time it’s the future Earth, 2075, and that already fills us with a lot to take in, we see drastic changes in the world such as a catastrophic change in the climatic condition which has led to a worldwide deadly famine, the earth is predicted to become soon inhabitable, and the future of the Earth lies in the hands of few. The only solution left with this team is to embark on a mission to an abandoned research station called the Balhae Base situated on the surface of the moon to retrieve a mysterious sample that may help them to save the future of the Earth.

The plot twist comes after reaching the moon’s surface, where they have a near-to-death landing and making their way into the station is followed by a dungeon of dead bodies scattered around inside the base, but the team still decides to carry out their mission. However, the trailer still keeps us in suspense about what unknown circumstances they are being followed by, at the end we see them escaping from the Balhae station, but we are left without an answer. WERE THEY SUCCESSFUL? WHAT WAS THE UNKNOWN FOLLOWING THEM? WILL THEY RECEIVE ANY HELP FROM EARTH? And the biggest being, IS THE FUTURE OF THE EARTH DOOMED?
For all those answers we have to go through these eight episodes of adventure.

The official cast of the series includes some of the most common faces from the Korean cinematic world, we recognize Goon Yoo from the recently released squid game as one of the leads along with bae doona from kingdoms. The following is a brief on the cast

We can probably have the same cast along with a few more new faces added to the cast for season 2, but for season 1, this is the cast of the show.

After the general cover-up about the entire series, here we are waiting for the drop of season 1 on Netflix, but if you guys haven’t checked out the trailer yet, you will find both the links for the teaser and the trailer above.

Where To Watch The Silent Sea Season 2 Online?

The Silent Sea Season 1 is available on Netflix, you can watch it there.