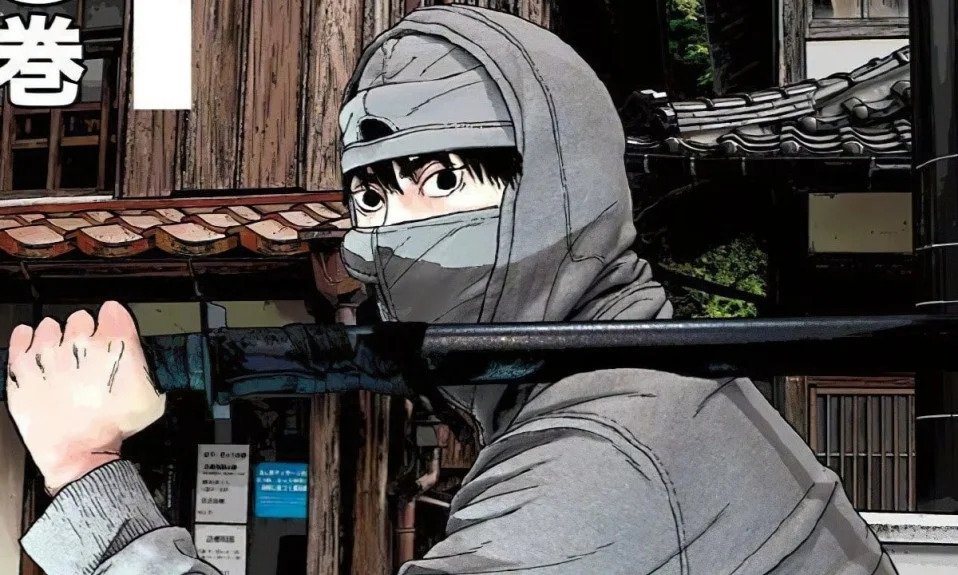 Dear otakus, what can be more lovely than a manga getting adapted into its anime form? This itself is superbly satisfying, right? Well, we have some amazing news for you guys then. 2023 is going to see a brand-new adaptation of Under Ninja as an anime! if you are still worried about what to watch next, worry not, for this anime is said to be dropped soon. The anime adaptation will be made available to us pretty soon. We just need to have a little bit of patience before we are ready to have the anime with us.

Before the anime is made available to us, it is very obvious that you want to know more about what the anime is going to contain. There is a problem regarding this? Again, there is no need to worry. This article will strive to disseminate all the information about the upcoming anime that you would want to know. All you have to do is read further to have some insight into the plot, cast, and the platform of its release.

On 6th September 2021, it was announced that the manga would receive its anime adaptation, but nothing has been revealed about the date of its release. The anime is probably in its final stages before it gets released. It was speculated that the anime would be released this year, 2023. However, as of now, we do not have any concrete information about the release date of the anime.

We will have to wait before we get any official announcement/news from the creators. Before that happens, if you have no idea about the plot of the anime, you will have to read further to know some basic ideas about the manga. Having a premise before watching any anime is very helpful. Essentially, it helps you from feeling lost when you are watching the anime.

How did Under Ninja come into being?

Kengo Hanazawa is behind the creation and illustration of the Japanese manga Under Ninja. Since July 2018 the manga has been serialized in Kodansha’s Weekly Young Magazine. The manga was first launched in this magazine on July 23, 2018. The chapters were collated into tankobon volumes later. On February 6th, 2019, the first volume of the manga was released.

All you need to know about the plot of Under Ninja

Did you use to watch Ninja Hattori? If you did watch the cartoon, you cannot deny that you were fascinated by Ninjas. Even Nobita from Doraemon was obsessed with Ninjas. He even wanted to become one, hilarious job indeed. What if we get to revitalize our childhood fascination with Ninjas now? That would be interesting without a doubt.

You might have guessed why I introduced the topic of Ninja Hattori. Yes! This anime is about Ninjas! The brave and charismatic Ninjas. This organization of Ninjas in Japan once became extremely popular and flourished. Unfortunately, this organization was toppled by the GHQ after the Pacific War. The Ninja organization disappeared after that.

Nevertheless, this is not the end of the story. The Ninjas are said to exist in secret. It is said that approximately 200,000 Ninjas are still living in hidings in Japan today. Some of them are working in the dark, in public and private sectors, and in different organizations. There are some elite Ninjas who work undercover in national-level conflicts, some Ninjas do not get any work at all. Kuro Kumogakure is one of them. He is living the life of a NEET- “Not in Education, Employment or Training”. The story begins when he gets a serious “Ninja assignment”, which is an order from his seniors to infiltrate a high school with brand-new equipment.

Is there any trailer for Under Ninja?

A teaser has been released which has given us some cuts from the original work, but the proper official trailer for the anime is yet to be released. If you have not watched the teaser, you will have to click on the link given above the article to watch it.

Where can you watch Under Ninja?

As of now, we have no news as to where the anime will be officially released and also the cast (voice actors) of the anime. We will get an official confirmation about the platform on which it will be released after the creators drop any news or announcement.

FAQs about Under Ninja

How many episodes of Under Ninja are there?

The number of episodes has not been revealed yet.

Who is the protagonist of Under Ninja?

Kuro Kumogakure is the protagonist of Under Ninja.

When will Under Ninja be released?

It will be sometime in 2023, the exact date has not been revealed yet.

What Under Ninja is about?

It is about Ninjas who are said to be living secretly in Japan after they disappeared.

Is Under Ninja having an English manga?

Yes, Denpa took the responsibility of releasing the English version of the Japanese manga.

Who are the voice actors of Under Ninja?