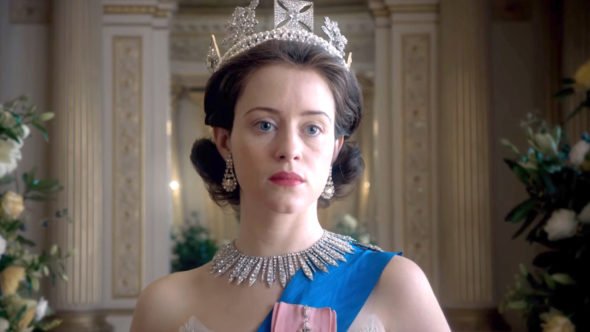 A historical drama streaming television series Crown, written and created by Peter Morgan. Under the production companies Left Bank Pictures and Sony Pictures Television, the Crown has been streaming on Netflix since 4 November 2016. The Crown has a total of 4 seasons which compromise 40-60 episodes and the running time of each episode is around 40 minutes. If you have watched the Crown streaming series then we have gathered 12 shows for you that you would love to watch if you like watching Crown. Continue reading this article to know about 12 shows!

A British historical drama television series The White Queen is adapted from the novel series The White Queen, The Red Queen, and The Kingmaker’s Daughter by Philippa Gregory. The White Queen series is written by Emma Frost, Nicole Taylor, Malcolm Campbell, and Lisa McGee, whereas directed by Colin Teague, James Kent, and Jamie Payne. The series starts with Rebecca Ferguson, Faye Marsay, and Amanda Hale. The storyline of the white Queen starts in the middle of War of the Roses, with the conflict between two royal houses that is the House of York and the House of Lancaster, and of course, an amazing story of betrayal, murder, love, and lust is worth watching. However, you can watch this wonderful story The White Queen on Amazon Prime Video.

The Wolf Hall series is based on the novels named Wolf Hall and Bring Up the Bodies by Hilary Mantel. Peter Kosminsky has directed the series whereas the series is written by Peter Straughan. This historical series starts with Mark Rylance, Bernard Hill, Mark Gatiss, Damian Lewis, Anton Lesser, and Claire Foy. This stunning series revolves around the 1520s in England, where if any king dies without any male heir, then the whole country will suffer from the Civil War. Henry VIII wants to marry Anne Boleyn and dissolve his marriage of twenty years, but Europe opposes him. To know the whole story of Wolf hall you should watch it on Netflix.

READ MORE | 14 Shows Like Shameless That You Must Watch

BBC One is back with another historical drama television series Poldark, which is adapted from a novel of the same name by Winston Graham. Poldark is created and written by Debbie Horsfield. The series starts with Aidan Turner, Beatie Edney, Phil Davis, Caroline Blakiston, Ruby Bentall, Eleanor Tomlinson, Gabriella Wilde, Pip Torrens, Jack Farthing, Warren Clarke, Heida Reed, Luke Norris, and Kyle Soller. The series starts when Ross Poldark returns to England after the revolutionary war. The family of Ross Poldark though he is no more, and his betrothed is now already engaged to his cousin. Poldark is a family drama but it somehow deals with the conflict between rich and poor. You can watch this historical drama on Amazon Prime Video.

ALSO READ: Is The Office Better Than Friends?

The Spanish Princess is adapted from the novel The Constant Princess & The King’s Curse, written by Philippa Gregory. The Spanish Princess was developed by  Emma Frost and Matthew Graham and the series stars Sai Bennett, Elliot Cowan, Aaron Cobham, Laura Carmichael, Antonio de la Torre, Daniel Cerqueira, Peter Egan, Andrew Buchan, Philip Cumbus, and Alicia Borrachero. The series is about a Spanish princess Catherine of Aragon, with her eyes on the throne, she navigates the royal lineage of England. If you haven’t watched the Spanish Princess, then it is available on Amazon Prime Video.

A British American miniseries Catherine the Great, written by Nigel Williams whereas Philip Martin has directed the series. The amazing cast list of the series is Helen Mirren, Gina McKee, Richard Roxburgh, Jason Clarke, Joseph Quinn, Rory Kinnear, and Kevin R. McNally. The series starts when a devoted relationship develops between Grigory Potemkin and Russian Czarina Catherine the Great. You can watch this miniseries on Amazon Prime Video.

10. The Royal House of Windsor

A British comedy television series The Royal House of Windsor, directed by Graeme Harper. The Royal House of Windsor starts with the cast Leslie Phillips, Neil Stacy, Warren Clarke, and Serena Gordon. This amazing British series tells a story of a family who currently occupies the throne, in this miniseries, we could see the dynasty from the establishment to now. If we haven’t watched this comedy series, then what are you waiting for? The Royal House on Windsor is streaming on Netflix.

A British documentary film Elizabeth at 90: A Family Tribute, directed by John Bridcut while Charles, Prince of Wales narrated the film. Elizabeth at 90: A Family Tribute is a personal film about Elizabeth which you have never watched, to honor the 90th birthday of Elizabeth this film was made, and this movie also includes the personal videos collection of the royal family which has never been revealed in public along with commentary from Princess Anne, Prince Harry, and Prince William. The series is streaming on Amazon Prime Video.

A television documentary film Diana: In Her Own Words, broadcasted on Channel 4, on 6 August 2017. Kaboom Film and Television of the United Kingdom produced this film. This documentary film is based on a biography by Andrew Morton. This story follows the life of the late Diana, which shows footage of her personal life along with her marriage with Prince Charles in her own words, this conversation was already recorded in 1992 and 1993. You can watch Diana: In Her Own Word on Disney+ via subscription.