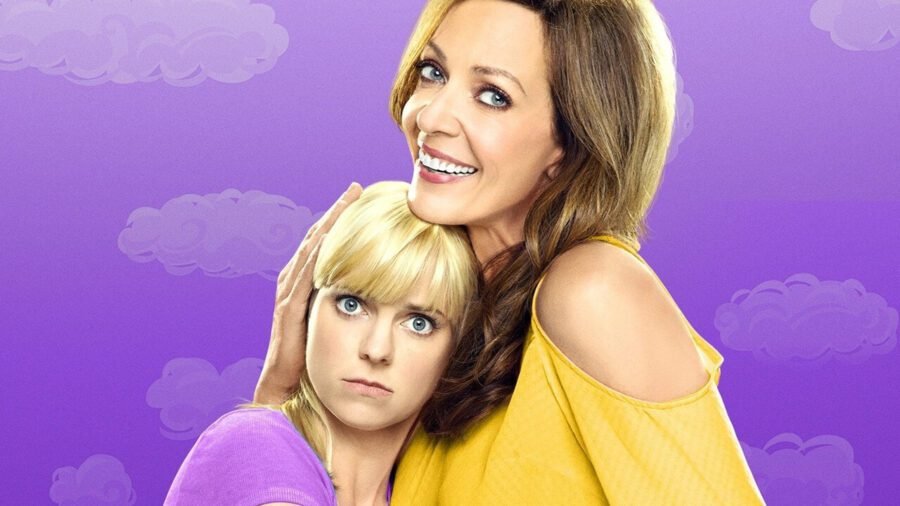 The network of CBS launched a very refreshing and engaging sitcom of mother-daughter in 2013 called “Mom”. The show, about a newly divorced daughter having to parent her estranged mother, created by creators Creator Chuck Lorre, Eddie Gorodetsky, and Gemma Baker was bound to be an entertaining favorite. It has eight successful runs of seasons and is currently up on ‘Prime videos’ to watch. The incredible cast members like Allison Janney and Anna Feris portrayed the characters magnificently enough to touch the audience’s hearts through the screen. Are you looking for more shows that feel as familiar, cozy, and emotionally embracing as Mom? Well then, here’s a list of such shows made to fit your desired taste of visual watch!

‘Modern Family’ is the ultimate family drama of three families mostly where the wonders of togetherness have been embraced by several hilarious and emotional threads. This American family sitcom show, directed by Christopher Lloyd and Steven Levitan will bring tears to your eyes from joyous laughter and also relatable family emotions. The show was originally planned for ten seasons but then due to insane demand from the audience, it was renewed for an eleventh season and a special episode. The beauty of the show is it displays all types of versatile characters that typically exist in a family and the different types of family. It glorifies the love they have for each other where they always support each other without giving up and grow together as an individual and as a whole.

Gilmore Girls is a perfect fit when it comes to enveloping the emotions of a mother and a daughter in the most heartwarming way. It has been a classic among the audience. Created by Amy Sherman-Palladino, it ran on the channel of The WB followed by The CW. The lead cast had Lauren Graham as Lorelai Gilmore and Alexis Bledel as Rory Gilmore where both of them leave an impactful visual journey about the uplifting bond between a mother and a daughter through the mother in this case has a rather drained bond with her own mother. Hence, two types of mother-daughter bonds can be found here! It has 7 seasons and 153 episodes. There is again an immense send of relatability in this show just like the show of ‘Mom’!

Wendell & Vinnie originated in the United States and streamed on the teenage network called ‘Nickelodeon’. The show created by Jay Kogen has one season and twenty episodes. The interesting element of the show is that the two main characters have maturity that is inversely proportionate to their age hence the younger nephew is matured more than his age while the grown-up uncle is ignorant and childish. This can be parallelly compared to the characteristics of the two main characters and the relationship between them in the show of ‘Mom’. Actions taken in incidentally funny situations stay at par with heartfelt vulnerable sentiments.

Parenthood is another infectiously humorous American family drama television series created by Jason Katims. It was produced by Imagine Television and Universal Television for NBC and is currently available on prime video. This shows highlights the conflicts of an extended family and the disputes that happen among them. It again comes back to the strength of the family that defeats all negative emotions and stands as on. This show was awarded the Critics’ Choice Television Award for Best Supporting Actress in a Drama Series. It has six seasons and a run of 103 episodes.

The bittersweet struggle of family bonds as shown in the ‘Mom’ is also shown in the family circus and drama of ‘The Middle’.The Middle is another amazing watch that will leave the audience with tickles of laughter as it indulges in the mishap of the nuclear family with three kids. It is a semi-dysfunctional family that is trying their best to keep in the city of Orson, Indiana. It is an American sitcom created by Eileen Heisler and DeAnn Heline. The outline of the humor in the show is drawn along the problems usually faced by middle-class families like budget problems, misunderstandings due to lack of communication, balancing family life along with the work of the outside world, etc. The comedy lining in the parental behavior as they struggle to manage multiple kids is very interesting and amusing to watch.

A high rating of 8.1/10 by IMDb was given to this show called “Family Guy” which has been gaining popularity. Just like Mom, this American adult sitcom also shows the complications of human emotions in a complicated way.  Created by Seth MacFarlane and broadcasted by the Fox Broadcasting Company the show premiered on January 31, 1999. It has 20 seasons and 380 episodes in the form of satire. The quirky scenes are layered in matured emotions if one looks through the superficial jokes. It not only enlightens the visuals that kids love but also provides sentiments that offer a sense of familiarity to the adult viewers.

Web therapy is an American show that has a very fresh approach to similar psychological and emotional problems as shown in ‘Mom’. It was created by Lisa Kudrow, the lead actress herself, and directed by Don Roos. It debuted in the year 2008 on LStudio.com and has four seasons containing 113 episodes in total. It has a clever approach to humor as the main lead poses as a narcissistic therapist who treats her patient in a span of three minutes.

Read: When Did The First Spiderman Movie Come Out?

‘2 Broke Girls’ was nominated for 12 Emmy Awards during its run and shown on CBS.also portray the fun ramble between two confused females trying to figure out life together as they share a supportive bind of love, warmth, and independence combined just like the show of ‘Mom’. It shows the young lives of two strong opinionated women who work as waitresses. It was created by Michael Patrick King and Whitney Cummings created the six seasons with 138 episodes.

This is one of the highest-rated shows that was given 95% even by Rotten Tomatoes is one of the most well-known sitcoms that offers a warming bonding of individuals who went from being friends to family. It has a high humorous quotient with many funny elements. It was made by Elizabeth Meriwether and launched between 2011 and 2018 by the Fox Broadcasting studio. The plot and drama revolve around one woman and her three male roommates. All are shown to have very distinct personalities that appeal to the viewers. The growth of friendship and unity among them is extremely beautiful and exhilarating to watch. Everyone gets addicted to the joy this show provides once they start watching it! The characters have been very well acted out as the basic human hardships like career, highs, and lows of emotional affairs are all showcased with a smooth comic blend.

The humorous sitcom made by Chuck Lorre and Steven Molaro is called ‘Young Sheldon’ and is a spin-off of the mega-hit comedy show called ‘The Big Bang Theory. It talks of an extremely brainy kid who is way more advanced than the grown-ups surrounding him. He was promoted to high school at an early age. The show covers many funny threads that link together the struggles of being a smart American and the love and warmth of family nourishing him to be better. He is often seen parenting the elder because of his more intelligent methods but the appealing twist is the way the creators have highlighted that no matter how smart he actually has the heart of a kid and needs the guidance of his elders in life.

Read: We Need To Wait For Twenties Season 3 Release Date!

Starring the comedy king Robin Williams, The Crazy one is a sitcom made in America by David E. Kelly.  Robin Williams plays the role of an aberrant and individualistic advertising agency who was shown to team up with his daughter at work. Hence, it portrayed the divergent bond between a father and daughter as they discovered various sectors of life. It only has one season of twenty-two episodes hence it can be a quick watch for laugh and relief. It was launched on CBS from September 26, 2013, to April 17, 2014.

‘See Dad Run’ is about seeing the swedges of a stay-at-home dad. Sounds funny already doesn’t it? Well, it surely is as it breaks out the stereotypical norm of mothers having a hard time raising their kids and brings in a new perspective as the husband does so while his wife works. Not only does it normalize men raising kids but also fits the comedy package for a fun watch after a tiring day. This sitcom was launched on Nick at Nite on March 17, 2014, after being made by Tina Albanese and Patrick Labyorteaux.