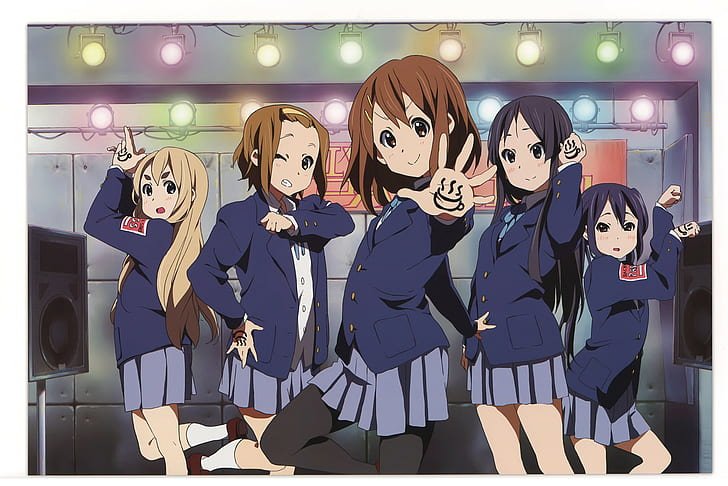 Over the last decade, Japanese animation has made its way into streaming platforms like Netflix, providing fans with some of the best anime to watch with friends on a weekend night. Because Japanese artwork and narrative have become an international phenomenon, more animated works from Japan are being translated or dubbed into many languages around the world (in most cases English).

When you browse Netflix’s Anime section, you’ll notice that there are numerous anime subgenres to choose from. There’s everything from sports anime to romance comedies to food competitions and bloody adventures with huge character development and combat sequences. If you’re new to anime, don’t be overwhelmed by the variety of options. There’s an anime for everyone looking for a show that suits their tastes. We’ve put up a list of our favorite anime shows to watch with friends.

My Hero Academia is currently one of the most popular television series. It follows the narrative of Midoriya, a little kid who idolizes All Might, the world’s greatest hero. He later enrolls in All Might’s academy, where he learns how to become a hero himself. This one is really popular and unexpectedly delicious. Naruto for this generation, according to some. Because of its popularity and ongoing manga, this one should last a long time, and there are plenty of seasons to binge so you can keep up.

Naruto is another popular and enjoyable anime series. Between Naruto (220 episodes) and Naruto: Shippuden, the show has a total of 700 episodes (500 episodes). Every episode is available on Crunchyroll. The first may be found at the button, while the second can be found here.

Naruto and his buddies Sasuke and Sakura, particularly Naruto and Sasuke, contend with enemy groups, corrupt family members, and other issues in the anime. The show is known for its filler episodes, however, if you don’t want to wait through 700+ episodes, you can locate watch lists without them. This is without a doubt one of Crunchyroll’s top super-series anime. Those who want to keep watching after they’ve finished can do so with Boruto: Naruto Next Generations, which currently has 150 episodes.

The Fate series is an ongoing action-adventure series about a Holy Grail conflict. The show’s characters summon old heroes and employ them as avatars to fight on their behalf. We’d classify this as a super-series, but newcomers to the series rarely follow in the footsteps of those who came before them. We recommend Fate/Zero before Fate/Stay Night, for example (linked at the button). After then, you can watch the subsequent shows in almost any order you like because they don’t follow a strict timeline.Fate/Grand Order is the most recent installment in the series. The series’ only flaw is its confusing names and a large number of individual shows. You might have to search a little to locate everything.

Hulu’s finest anime is Attack on Titan. Attack on Titan is an action-adventure thriller that has become one of North America’s most popular anime series. It centers on humanity’s last bastion and its fight against the titans. It plays fast and loose with many of its characters’ lives, and the ongoing conflict and tension make it a solid movie. Later seasons have a greater emphasis on story rather than action, but the show never loses its edge. As long as you can stomach it, it’s a true classic.

Studio Trigger’s Little Witch Academia is a coming-of-age story. It follows Atsuko (Akko) as she pursues her dream of becoming a witch at Nova Magical Academy. She lives in a world that has lost interest in magic and seeks to reclaim its reputation. It contains adventure themes and has more action than other slice-of-life plays. Despite some controversy over Netflix not releasing the entire series at once, the show is fantastic.

Black Clover is a shonen fantasy adventure. Although it is still airing, there are still dozens of episodes available as of this writing. The plot follows two young guys, one with amazing magical abilities and the other with none. They both join The Magic Knights in the hopes of one day becoming the Wizard King. Many people compare it to Fairy Tail Jr because of the similar setting with magic users and guilds, although the two are vastly different. Hulu offers both subtitled and dubbed versions, so you may choose which you prefer. The anime is available on Netflix.

Studio Gainax’s Gurren Lagann is a fantastic action-adventure game. Many of the people who worked on this one went on to work for Studio Trigger. Simon, a digger, assists humanity in reaching the Earth’s surface after many years underground in this show. The story begins there. The show features a lot of anime stereotypes, yet it keeps a fast pace and has a good soundtrack.

The Netflix Original series Seven Deadly Sins are presently on its third season. It’s a traditional Shonen fantasy with elements of action and adventure. It follows a gang of warriors with shady backgrounds who try to do good in the world. The first and second seasons of the show, as well as a filler season, are available on Netflix. Season three is currently under production and should be available soon. It isn’t for everyone, but it is without a doubt one of the best fantasy anime available on the market.

Soul Eater is a well-known anime series. It’s about a group of kids who can transform into weapons and the youngsters who can use them. They must assassinate individuals, devour souls, and gain strength. It contains a lot of slapstick comedy, action sequences, and other bizarre features that help you enjoy anime for what it is. With 51 episodes, the show will take some time to watch.

One of the most influential anime series is Fullmetal Alchemist: Brotherhood. It’s incredibly popular, with a compelling tale and, for its age, surprisingly good art and animation. Fullmetal Alchemist: Brotherhood is the second season of the anime series. This one is based on the manga and follows Alphonse and Edward Elric’s quest for the Philosopher’s Stone. Netflix presently has the original version of the show (with an entirely different finish).

Magi Puella At first, Madoka Magica does not appear to be a thriller. However, after the first few episodes, it makes its aims clear. The plot revolves around a group of magical females who exchange a lifetime of service for a single desire. This raises a slew of obvious issues, all of which vex the eponymous character Madoka. The series is quite old, but it still holds up well by today’s standards. Magia Record, the second season of the show, premiered in 2020, along with a mobile game of the same name. This is one of Crunchyroll’s classic anime. It’s one of the platform’s must-see shows.

The Perfect Insider is an anime mystery. The visual novel was released in 1996, thus it isn’t the most recent property, but the anime was released in 2015. The plot centers on two persons who travel to an island to investigate murders. The program begins off slowly, but by the end of the run, it has picked up tremendously. The show is only 11 episodes long, making it a relatively quick watch. There aren’t many good anime mysteries out there, but this is one of them.

Toradora! (yes, with the exclamation point) is a romantic comedy about two high school students who live across the street from each other. They both have crushes on one other’s pals, so they set each other up. The program features 25 episodes, which is longer than most Crunchyroll visual novels turned anime, and it has plenty of fantastic love and comedic moments.

Another rom-com manga-turned-anime is Ore Monogatari (which translates to My Love Story!! in English). It’s about a bigger-than-average guy who protects a girl on the train from a groper. The show is largely on the ensuing romance. The manga was quite popular among female readers in Japan, and the anime version is rather good. The show includes 24 episodes in all, all of which are available on Crunchyroll, as well as a live-action film (not available on Crunchyroll).

I hope you were able to find and enjoy several animes with your buddies.