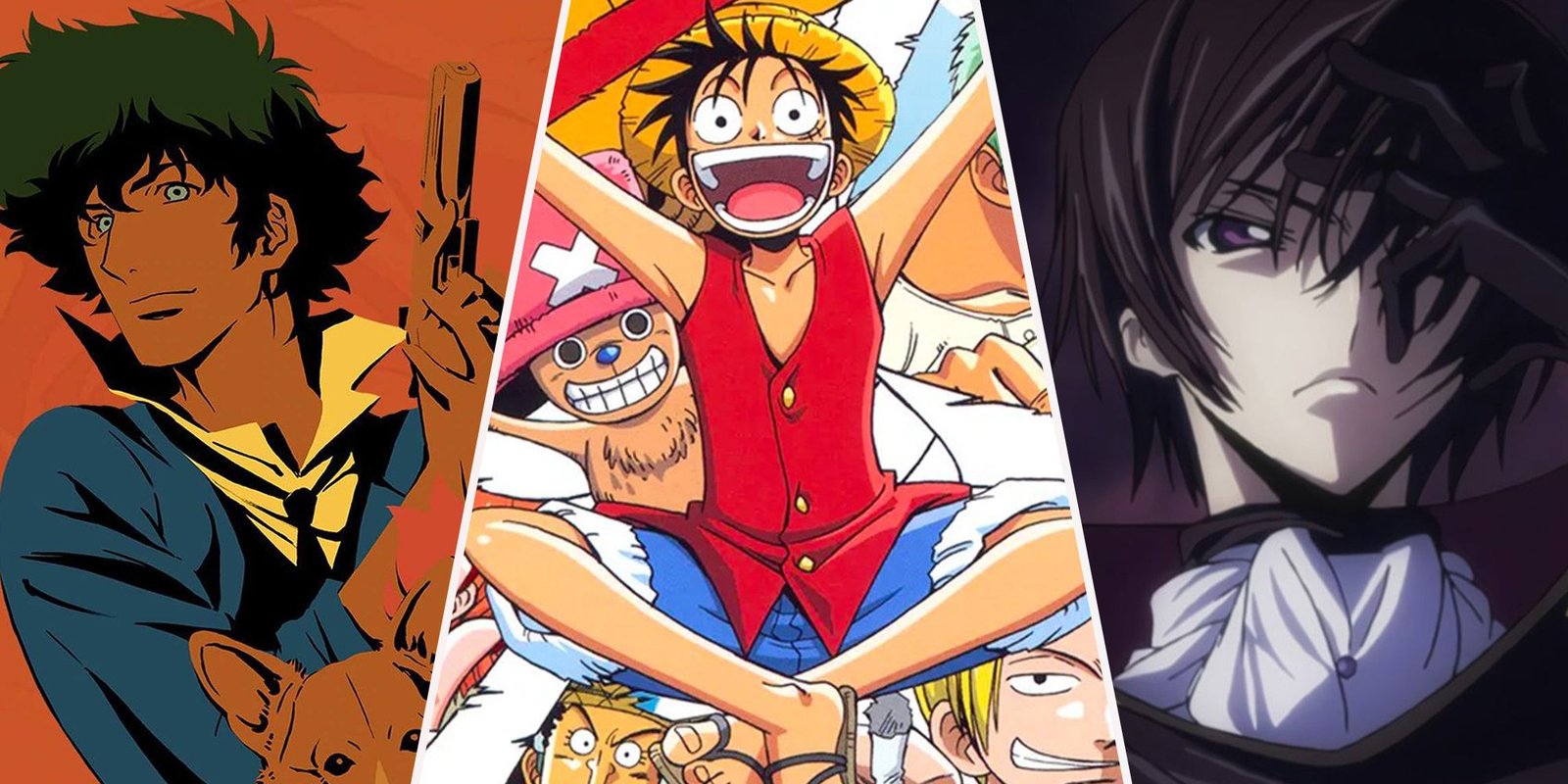 How have you been anime lovers? Have fun, right? I’ve already recommended some of the best anime before, and this time I’m also back with some best banging anime of all time which you must not have watched before. Continue reading to learn about astonishing anime series. Watching anime series is always fun, you get thousands of anime with different storylines, characters, and of course genres. Some anime series teach us a big life lesson whereas some anime series will make you laugh until your eyes become teary.

Anime series has been a source of entertainment for a very long time and it was widely wholeheartedly appreciated by its audiences. Once you start watching anime, you will become addicted to the series and glued to the screen. However, if any non-anime lover is reading this article, and if you want to know a list of banging anime, then here you are. In this article, I’m going to recommend to you a number of the greatest anime of all time.

Have a great time while reading this article all the anime lovers as well as newbies in this biggest fandom. Let’s start then without wasting your precious time. Keep scrolling folks!

Let’s start this list with the first anime named DRAGON BALL Z, which is one of the greatest anime of all time. A Japanese anime television series was written by Takao Koyama whereas Daisuke Nishio (#1–199) and Shigeyasu Yamauchi (#200–291) have directed the series. Kenji Shimizu (#1–199) and Kōji Kaneda (#108–291) are the producers of the Dragon Ball Z. Anime series debuted on April 26, 1989, on the network Fuji TV along with 291 episodes and ran till January 31, 1996. Along with the great response from the audience, the series got a rating of 8.7 out of 10 by IMDb. The storyline is about an adventure in the adult life of a boy named Son Goku.

Watch the anime on Hulu, Crunchyroll, and Funimation.

A Japanese anime series Monster Rancher is well known by the name Monster Farm, was written by Shōji Yonemura whereas Hiroyuki Yano has directed the series. The anime series premiered under the studio TMS Entertainment on April 17, 1999, on the network TBS, along with two seasons which comprise 73 episodes the Anime series concluded on September 30, 2000. IMDb rated series with 7.1 out of 10. The storyline of Monster follows the life of a boy named Genki Sakura. He is also a key member of Monster Rancher video games. He participated in a tournament, where he won a CD. However, after using a CD he was transported to the world of monsters.

READ: Is The Concept of Shark Tank Real?

A Japanese mecha anime television series Neon Genesis Evangelion, Hideaki Anno, et al whereas Hideaki Anno, Masayuki (assistant), and Kazuya Tsurumaki (assistant) have directed the series. By the studios, Gainax and Tatsunoko, the anime series Neon Genesis Evangelion premiered on October 4, 1995. The series has only one season which comprises 26 episodes broadcasted on TV Tokyo and wrapped up on March 27, 1996. The anime series got 8.5 out of 10 by IMDb while MyAnimeList rated the series with 8.3 out of 10. The storyline of Neon Genesis Evangelion follows the life of a boy named Shinji Ikari. He finds that his father recruited him as a member of an elite team of pilots.

An anime series adaptation of the manga series of the same name, written by Hiroyasu Yamaura, Keisuke Fujikawa, and Yoshiaki Yoshida while the series is directed by Nobutaka Nishizawa. Under the studio, Toei Animation, along with 114 episodes the anime series Galaxy Express 999 premiered on September 14, 1978, and ran till March 28, 1981, on the network Fuji TV. IMDb rated the series with 7.9 out of 10. The storyline of Galaxy Express 999 shows the adventurous life of a young boy on board a space train. As the space train travels to a myriad of incredible worlds.

A Japanese anime series adaptation of a manga series of the same name, written by Yōji Enokido whereas Kunihiko Ikuhara, Shingo Kaneko (assistant), and Tōru Takahashi (assistant) have directed the series. The anime series was adapted by J.C.Staff, which premiered on April 2, 1997, broadcasted on the network TV Tokyo and after running for 39 episodes, the series wound up in the same year on December 2. IMDB rated a series with 8.1 out of 10. The storyline of Revolutionary Girl Utena is about an orphaned teenage girl named Utena Tenjou. Her childhood desire is to become Prince because of her strong personality and tomboyish dressing.

ALSO READ: 10 Anime Like No Game No Life You Should Watch!

A Japanese anime television series Michiko and Hatchin was created by Manglobe while Takashi Ujita has written the series. Michiko and Hatchin are directed by Sayo Yamamoto whereas producers are Shinichirō Kobayashi, Takashi Kouchiyama, Yoshinori Takeeda (Fuji TV), Shinsaku Tanaka, and Kōji Yamamoto (Fuji TV). IMDB rated the series with 7.6 out of 10 whereas MyAnimeList rated the series 7.8 out of 10. On 15 October 2008, the series was premiered by studio Manglobe. The anime series was broadcasted on the network Fuji TV (Noise), after running for 22 episodes, wrapped up in the next year on 18 March. The storyline of Michiko and Hatchin is set up in South America, where a criminal named Michiko Malandro, escapes from prison and kidnaps the daughter of his lover.

Genres: Girls with guns and Adventure

Watch the series Michiko and Hatchin on Funimation.

A Japanese anime series adapted from a manga series Fullmetal Alchemist by Hiromu Arakawa. Hiroshi Ōnogi has written the series whereas it is directed by Yasuhiro Irie. Hiroo Maruyama, Ryo Ōyama, Noritomo Yonai, and Nobuyuki Kurashige are producers of Fullmetal Alchemist: Brotherhood. This anime series was adapted by Studio Bones on April 5, 2009, which broadcasted on the network JNN (MBS, TBS). After running for 64 episodes, the Fullmetal Alchemist: Brotherhood series concluded on July 4, 2010. It got 100% on Rotten Tomatoes. IMDb rated the series with 9.1 out of 10 whereas MyAnimeList rated it with 9.2 out of 10. The series is about two brothers named Alphonse Elric and Edward. They are raised by their mother after their father abandoned his family while the brothers were young.

Last but not the least, I’m ending this article with an amazing anime series. A Japanese anime Sailor Moon, well known by the name Pretty Soldier Sailor Moon and later called Pretty Guardian Sailor Moon. Junichi Sato (season 1), Kunihiko Ikuhara (R–SuperS), and Takuya Igarashi (Sailor Stars) are the directed the series whereas Sukehiro Tomita (season 1–S), Yōji Enokido (SuperS), Ryōta Yamaguchi (Sailor Stars) have written the series. Iriya Azuma (season 1–SuperS), Kōichi Yada (SuperS–Sailor Stars), Kenji Ōta, and Toshihiko Arisako (SuperS–Sailor Stars) are the producers. IMDb rated the series with 7.8 out of 10. By the studio Toei Animation, the series was premiered on March 7, 1992, which broadcasted on the network TV Asahi. After running for 200 episodes + 3 TV Specials, the series wrapped up on February 8, 1997. The storyline of the series is about a middle school girl named Usagi Tsukino. She has been given the power to become the Pretty Soldier.

I hope you must have added all these best masterpiece anime series of all time to your watchlist. Not yet? Then what are you actually waiting for? Add all the recommended series to your watchlist. All these above-mentioned will surely give you thrill and goosebumps. If you haven’t watched any anime until now, then don’t worry, you can start watching anime with this list. Do watch and let us know your reviews about all the above-mentioned anime in the comment section. Stay healthy and connected with ThePoptimes for more such articles about your favorite shows and movies.