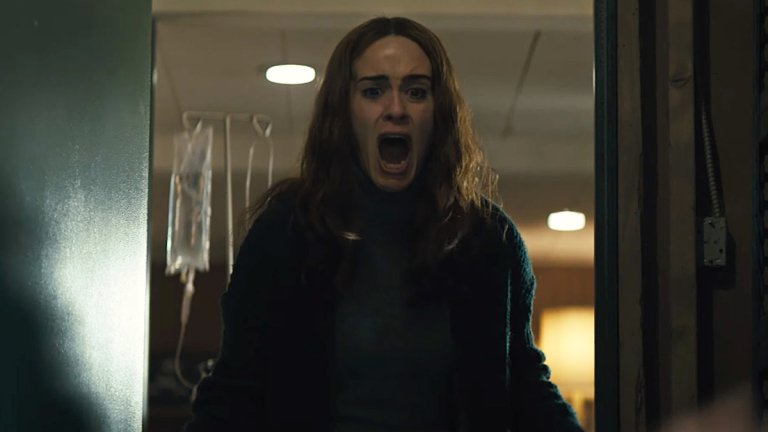 Sarah Paulson’s teenage thriller drama has recently premiered on Netflix. The movie is an intense thriller that is a must-watch for you. You will see twists at every moment in the film which makes it more and more interesting. So let’s not waste a single minute and get straight into the Run Ending Explained part as the movie left many questions unanswered.

The story revolves around a mother, Diane, and her daughter, Chloe where Diane is a very mysterious character. Chloe is a special child and has multiple diseases and is disabled. Now Chloe is 17 and it’s time for her to go to college but Diane is not at all sad about this coming situation. Chloe is not getting any letters from any university.

The life of Chloe is very isolated. She stays at home and reads. Chloe has to take a lot of medicines for her diseases but the events took a turn when she was finding some chocolates in a grocery bag though she had diabetes and she found tablets that were prescribed to her mother. She even got more curious when she got to know that her mother is giving her the same medicine. She at first asks Diane what medicine it is but Diane didn’t respond with a suitable answer.

She discovered the name of the medicine is Trigoxin and it has been refilled four times before. Chloe then tries to find out what that medicine actually is. She didn’t find an internet connection in her house and she couldn’t find anything. The time she was surfing on the computer, Diane was watching her from the kitchen. That point definitely described she is hiding something.  She then calls a stranger from her mother’s phone and finally she knew that the medicine was to treat severe heart disease. But everything seemed destroyed when the stranger told them that this medicine is red in color but Diane was giving her a green and white color medicine.

Why Diane is giving her that medicine? What does that medicine do? This question is answered when Diane and Chloe went to watch a film and by lying Diane during the movie that she wants to go to the washroom she goes to a pharmacy nearby. She saved all those medicines in her piggy bank. As She reaches there and after arguments with the pharmacist she tells her that Diane takes this medicine for her dogs and the name of the medicine is Ridocaine which is given to dogs to relieve their leg joint pains. So why did Diane gave her daughter a medicine that is basically used for dogs? When Chloe asked the pharmacist what if that’s given to a human she replied that this could make their legs go numb. Diane reached that spot and gave her an injection for neurotoxin.

MUST-READ| Who Killed Sara Ending Explained: Will There Be A Season 3

The situation for Chloe became clearer when Diane locked her when she woke up the next day. She couldn’t find a way to get out of the room and the. she decided to go out through her windows to her mother’s room windows. Diane’s character is now getting more clear as she removed all the wires of her wheelchair and phone. Finally, Chloe made her way out and she found Tom, the mailman in between the roads. She asked him for help but Diane reaches the same spot. She begs Tom to give Chloe to her but Tom declines and while he was taking Chloe to the hospital, Diane is seen taking some injections from the car. What are those injections for? We’d think that they were for Chloe but she stabs Tom from behind and he goes numb.

The next day, Chloe woke up in a room where her wheelchair was attached to a chain and she couldn’t move. She saw a paste-like substance over the induction, What’s that paste is the question that hit everybody, Diane was making household neurotoxins to make Chloe numb every time she creates chaos as she couldn’t get those from medical. Then glimpses of the dead body were seen in the film. Whose dead body was that and who killed whom? It was Tom’s dead body and Diane killed her as she was afraid he could be a problem in the future.

Chloe manages to reach a box on which Diana was written, her world got destroyed when she saw a picture of her birthday where she wasn’t in the wheelchair and she could walk. She also saw a death certificate of herself realizing that Diane is not her mother. She saw a paper cut where news of A hospital from where a baby was snatched given. She realized that Diane’s daughter was suffering from multiple diseases and she died soon after she was born and Diane took another baby from the hospital which is now Chloe. Chloe wasn’t disabled in starting, Diane made her. She gave her drugs to make her disabled. After she got to know all of this Diane tried to inject her but she drank organophosphate and almost died.

She is now in the hospital and she knew everything about Diane. Doctors tell Diane that this suicide attempt is serious and she has to meet a psychiatrist. While on the other hand, Chloe is trying to write something to the nurse as she couldn’t speak. Chaos is made in the emergency room and all the doctors and nurses reach there. During this time Diane tries to take Chloe out of the hospital when she is shot by a security guard. Chloe is saved and she can feel her legs.

MUST-READ| Fatma Ending Explained: What Happens At The End?

Why Diane did this to Chloe?

That’s because she lost her child soon after she was born which hit her so hard. She was mentally ill and she wanted her daughter at any cost. She snatched a baby from the hospital and gave her the same name. She gave her medicines so that she could be dependent on her and could not leave her at any cost. She kept saying they both need each other but in fact, Diane was so mentally disturbed by her daughter’s death made her mad and she could do anything to have Chloe.

Why at the same time chaos was made in the hospital and Chloe took out?

That’s definitely because Diane was the one that did this. She made chaos in the emergency room. While everyone was at the emergency room she took a chance to take Chloe. While Diane was taking Chloe out of the hospital the nurse came into Chloe’s room after emergency and saw ‘MOM’ written on the paper and that’s how she was saved.

At the end of the film, seven years later, Chloe is in Belfair’s connections center of women, and a synopsis of her meeting her real mother is shown. But in the end, she takes out the same medicine from her mouth and her mother is frightened what does that mean?

According to the plot of the story, it can be said Chloe is mentally disturbed too and she also needs her mother badly. That’s why she is doing the same thing Diane did to her. She doesn’t want her mother to go away from her again. As she came to the Corrections center of women, it seems that her real mother also has some problems.

All these questions will be definitely answered when the second part of the movie will come.