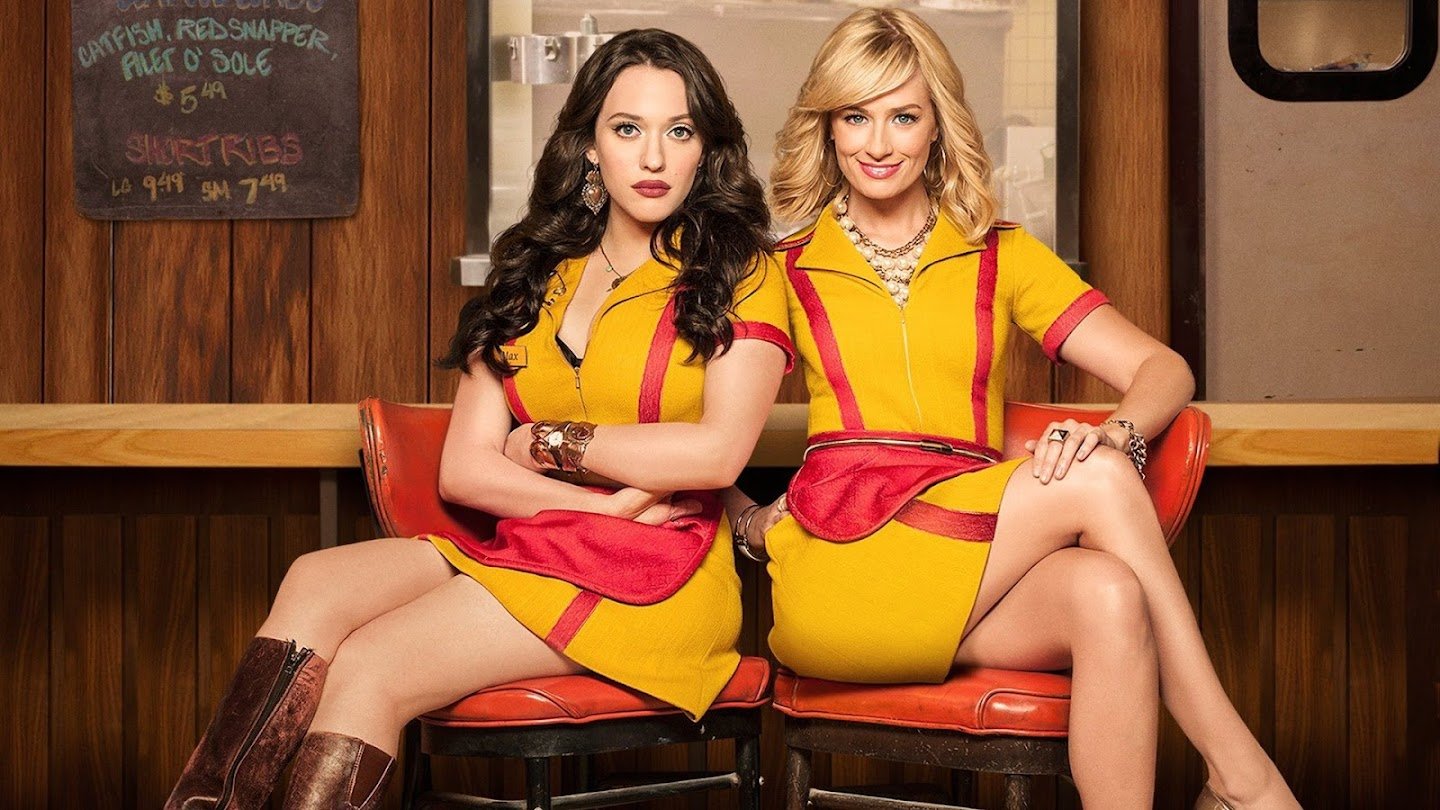 There is hardly anyone in today’s time who does not like watching TV series. The way TV series are made and shown has also changed over time.

Among the many types of TV series that are available nowadays, sitcoms have gained a lot of popularity. Not only are they very entertaining to watch, but the duration of their episodes is also very small which makes it easier to watch for people who cannot dedicate a lot of time to watching TV series. There are a plethora of sitcoms available to watch on various platforms.

One of them is 2 Broke Girls, which premiered in 2011 and has six seasons. Created by Michael Patrick King and Whitney Cummings, the first season of the show aired on September 19, 2011, followed by a second season which aired on September 24, 2012. The third season aired on September 23, 2013, and the fourth season aired on October 27, 2014, followed by the fifth and sixth seasons which were released on November 12, 2015, and October 10, 2016. The first three seasons had 24 episodes each and the next three seasons had 22 episodes each. The average running time of all the episodes was 21-22 minutes. The series has a total of 138 episodes.

Since the time it was released, the series has received a very mixed response from critics and viewers. What the viewers loved the most was the on-screen chemistry between the two lead characters. Apart from tons of appreciation that this show has received, it also received some criticism on the grounds of sexualized, racial humor and supporting stereotypes. The series has been nominated for 12 Emmy Awards and won in 2012 for its art direction.

The series showcases the lives of two waitresses Max Black and Caroline Channing, who are in their mid-twenties. Max is the daughter of a poor-working-class mother and has no clue where her father is. Caroline on the other hand was born rich but has now lost everything because her father was caught operating a Ponzi scheme. From just being colleagues, they soon become roommates and then friends. While trying to get a hold of their lives, they both share the dream of opening a cupcake shop one day.

One thing that made this show very different from the other series is that at the end of every episode, the tally shows how much they have earned and how forward have they come towards their goal of $2,50,000. Sophie, who is their neighbor and also their part-time boss lends them $20,000 which significantly helps them and is sufficient to get the business started. They start their business with the money Sophie gave but unfortunately, it fails and they are forced to give up the lease of their shop. All they are left with is sufficient money to repay Sophie’s loan and after paying the loan, they are left with only $1 which meant that they had to start all over again from scratch.

The shop which was opposite theirs was a candy shop named Candy Andy and belonged to a man named Andrew, who was Caroline’s first major love interest but both of them could not take their relationship forward because they wanted different things. Andrew wanted more from their relationship while Caroline’s priority was opening the cupcake shop.

The two of them again start their cupcake shop in the back room of the diner. They both start going to the Manhattan School of Pastry where Max enrolls and Caroline starts working. At the Manhattan School of Pastry, Max falls in love with Deke, and Caroline also has a brief affair with the Pastry School Head Chef Nicholas. Having an affair leads Nicholas to shut down the school and move to France with his wife.

Both women then start their business once again which goes into success for a short period but fails again. To make more money so that they can repay their loan, both of them then end up working in an elite-class pastry shop called “The High”. They, later on, realize that they have their dream of a cupcake shop to fulfill and quit their job in The High.

Caroline sells her life story to a film producer for $250,000 and uses that money to expand the business. Max, on the other hand, finds her second love interest which is a lawyer named Randy who wants her to move to California with him but Max refuses to say that she has a beautiful bond with Caroline and cannot leave her alone. Both of them break up then. Caroline then meets Bobby, a contractor, and the two fall in love. The movie about Caroline’s life releases but she ruins a $10,000 dress at the premiere which she had rented. This drains all their savings and they are back to the ‘broke’ status. Randy returns to New York permanently and proposes to Max, to which she says yes.

All this happened till season 6 and the viewers who had been diligently watching the series were desperate to know when season 7 is releasing. But to their disappointment, it was announced that the show has been canceled and season 7 is not releasing. Why did this happen? Let’s read about it.

2 Broke Girls Season 7: Why Was The Show Cancelled?

The show was canceled long back in 2017 and it shattered the hearts of all the fans who had been waiting for another season. Fans expressed their disappointment and outrage on social media. The surprising fact is that the fans were not the only ones who were left shocked by the show’s cancellation. The cast and the crew of the show had also not expected the show to end abruptly. So what was the reason behind the show’s demise? According to CBS, the show had run its course and there were other, better shows and we’re waiting. From the creative aspect, CBS said that it was high time they started focusing on creating other new series which had potential.

Apart from this, there a various other reasons why the show was canceled. First of all, the show was criticized by many critics, some of whom even went to the extent of saying that it was one of the most disappointing sitcoms they had ever seen. Some said that the show had potential but it was based on very cheap and pathetic jokes which were not even funny. The show was also called racist, offensive, and mean which strongly supported stereotypes. The crude and filthy jokes of the show were a big problem for some of the critics. They had also made headlines for triggering the anger of viewers, prompting a lot of them to issue informal complaints. Among the many complaints registered, one accused the entire show of being based on profanity and full of abusive, sexual, and explicit language.

Moreover, another major reason why the show was discontinued abruptly was that the dropping ratings of the show were a very discouraging factor which proved that there was no point in dragging on the series unnecessarily. The viewership of the show was also declining which further encouraged the makers to drop the show.

READ MORE: Will American Horror Story 13 be the Last Season?

The show was also highly criticized for some of the racial remarks that were made. The mean, racial comments sparked anger among a lot of people one of them being Australia’s former prime minister. A racist joke was made which offended people from Australia a lot. Some of them said the comment was just racist while some called it a very pathetic attempt at racist humor. Others called it a joke which was not at all funny and was purely racist. Some even wanted the makers to apologize for the mean remarks they had made in the series.

The cast was just as surprised and disappointed as the fans. No one had expected that the show would just end with the sixth season. The cast of the show wanted the viewers to watch a proper ending which included both the girls successfully getting on with their business, getting married, and settling. The cast regrets that the viewers will not be able to see that now. The actors of the show believe that the viewers who had been diligently watching the show for so many years deserve to watch a happy ending and not all deserved to be left disappointed with the show ending abruptly.

MUST READ: Is Vatican Girl: The Disappearance of Emanuela Orlandi Based On A True Story?