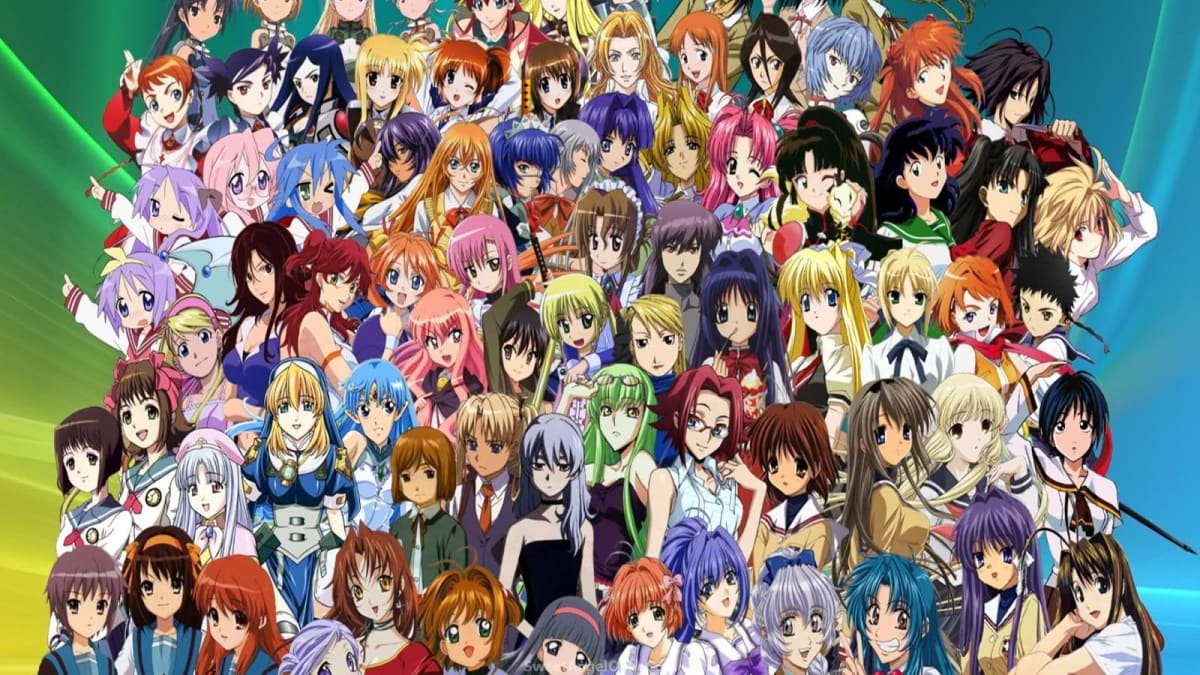 Women in anime are frequently reduced to ditzy eye candy and are cast aside as minor characters. However, some anime shows have defied this stereotype by introducing a female protagonist or side character who is more than just a pretty face.

When an anime director creates an authentic portrayal of women, their female characters not only have physical strength but can also outwit other characters. Here are some of anime’s most powerful female characters who outshine their male counterparts.

Throughout the Dragon Ball series, Bulma comes across as a jerk, which does not do her inventive abilities justice. She is a genius, but this fact is often overlooked due to the frequent cut-ins that show Bulma complaining or the cringe-worthy moments when Master Roshi hits on her.

Bulma learned her handyman skills from her scientist father, who taught her how to tinker with gadgets and invent new ones. Bulma’s resourcefulness is crucial in assisting Goku and his friends in winning battles and locating Dragon Balls. The Dragon Radar is one of Bulma’s most important inventions. This handheld device detects Dragon Balls in the vicinity.

Bulma is the series’ most important female character. Aside from Goku, Bulma is the longest-running character in the entire meta-series, having been introduced in the first Dragon Ball chapter and episode and continuing to play an important role until the end.

Mikasa’s natural dexterity and calm demeanor make her an invaluable member of the Survey Corps. Human traffickers murdered her parents and attempted to kidnap her as a child. Fortunately, Eren Yaeger came to the rescue, and she has since become a member of his family.

This traumatic event shaped her entire outlook, transforming her into a level-headed soldier with a killer instinct. Her desire to protect her friends drives her to eliminate several titans on her own. Who needs a whole army when you have Mikasa?

Mikasa is a tall and well-toned lady. She has pale skin, grey eyes, and shaggy black hair that was long until she cut it to chin length. Her hair is shorter and cut up to the back of her neck by the year 854, but she wears noticeably longer bangs. On the outside of her right wrist, she has a tattoo of the Azumabito family crest. A small scar below her right eye is the result of an injury caused by Eren’s Titan during the Battle of Trost District. Mikasa’s hair had grown noticeably long by 857 and was tied in a ponytail.

ALSO READ: 14 Shows Like Shameless That You Must Watch

Claymore is an anime filled with gore and brutality. Clare, the protagonist, drank the blood of a Claymore warrior in order to become one herself. Claymores are half-human, half-Yoma soldiers with superhuman speed and the ability to regrow missing body parts.

Clare, unlike other Claymores, is only one-quarter Yoma. As a result, other Claymores look down on her and regard her as weak. Clare grows into one of the most fearsome sword-wielding warriors in all of anime.

Clare appears thin and frail as a child. She has green eyes and straight, light brown hair in a long “hime” (princess) style similar to Galateas. Her scarred body bears witness to abuse at the hands of the Yoma, who used her as a cover and a toy.

Tatsumaki appears to be a middle school girl at first glance, but her small frame conceals her true power. She may not have an advantage in height, but she doesn’t need it. Tatsumaki, also known as the Tornado of Terror, has the ability to unleash devastating psychic attacks on her opponents.

Saitama is fortunate to have Tatsumaki on his side; otherwise, he would be bombarded with attacks that even the world’s strongest puncher might not be able to withstand. Her psychokinetic abilities enable her to lift extremely heavy objects, such as massive missiles and boulders. Tatsumaki can also use a psychic barrier to deflect incoming attacks.

It is uncommon to come across an opponent who a Saiyan cannot defeat. When Android 18 enters the ring, everyone is taken aback by her superhuman strength. It stands to reason that she is stronger than a human (after all, she is a robot), but what makes her even more incredible is that her strength can overpower a Super Saiyan.

Android 18 easily defeats Super Saiyan Vegeta and Super Saiyan Trunks. Even Tenshinhan and Piccolo are powerless against her. When she decides to stop beating up the good guys, she becomes an indispensable member of the Z Fighters.

Shido Itsuko’s quest to stop the devastating spirit-caused spacequakes is the focus of Date A Live. Kurumi, unfortunately for Shido, is obsessed with him and wishes to absorb the power he has gathered from other spirits.

Kurumi, also known as the Worst Spirit, has the ability to rewind time. 10,000 people have died at her hands; she draws them into her shadows and devours them in order to extend her own life. She can create a clone of herself who shares her powers and memories using her unique combination of shadow and time abilities.

Shido Itsuka describes Kurumi as “a girl with astonishing beauty.” She appears to be elegant and well-mannered. Her skin is pearly, and her long, black hair is usually tied in long twin tails. Her right eye is red, while her left eye is a golden, inorganic clock face that is hidden behind her bangs and only visible when she transforms into her Spirit form. When the hands of the clock eye are not in motion, they usually rest at 3 o’clock.

Kill la Kill is the only anime I’m aware of where a character’s nakedness makes them more powerful. During battles, Ryuko wears very little clothing, but it’s for a reason. When she’s in a fight, her typical sailor-style school uniform shrinks—the uniform, called Senketsu, is a living being powered by Ryuko’s blood. Ryuko grows in power alongside Senketsu. A mutually beneficial relationship.

Ryuko finds herself at Honnouji Academy as she searches for the identity of her father’s murderer. Students at this one-of-a-kind school wear Goku uniforms, which bestow special abilities on them. Ryuko fights her way to the top of the class, destroying her opponents’ uniforms with the Scissor Blade.

Ryko is a seventeen-year-old girl with medium height and mid-length dark-blue tinted hair that is left-swept with a single red highlight on her bangs. Her blue eyes have odd gear-like pupils with eight grooves around the rim. At the beginning of the series, she wears a simple white shirt with a red ribbon tie, a black miniskirt, white sneakers, and a black and white jacket with rolled-up sleeves. She used to dress in a red collared shirt, a white skirt, and white shoes as a child.

Shiro has the demeanor of a child. Despite the fact that she only eats sweets and has a naive outlook, she is the best bodyguard anyone could ever ask for. She develops a strong attachment to the main protagonist, Ganta, and risks her own life to protect him.

Shiro was used as a scientific guinea pig by the director of Deadman Wonderland. As a result, Shiro gained the ability to regenerate limbs and whip herself with her own blood. Things can get even more dangerous when Shiro transforms into her alter-ego, the Wretched Egg.

Shiro is an albino adolescent. Her hair is snow-white, her skin is pale, and her eyes are red; even her brows and eyelashes are white. Her hair is very long, reaching all the way down to her knees. She wears a peach skintight bodysuit (white in the anime) with red circles and stripes and her toes and wheels protruding. She also wears large brown mittens and a white neck warmer but has also been seen wearing black mittens, a black neck warmer, and black winter boots. Ganta has stated that she resembles Mimi.

If you tried to watch Naruto without fillers, I hope you didn’t skip any episodes starring Konan. Konan’s powerful paper ninjutsu allows her to slice through enemies like a loaf of bread, making death by 1,000 papercuts a reality.

She can transform her entire body into thousands of sheets of paper using her Dance of the Shikigami Technique (and you can’t crumple her up). Konan can whip paper shuriken, arrows, and spears with the strength of steel, so paper only makes her stronger. If that doesn’t work, she can suffocate and restrain her opponent by covering them on paper.

Konan can transform her body into airborne paper butterflies and planes when she is ready to move on to her next fight.

Because of her quick thinking and witty personality, Faye is one of anime’s most beloved women. Doctors chose cryogenically to freeze her after she suffered severe injuries in a spaceship accident that killed her parents.

Faye wakes up 54 years later, having forgotten everything—needless to say, she has been through a lot. To make matters worse, she soon discovers that she is drowning in debt. What better way to supplement your income than through crime?

She may not have supernatural abilities or a blood-sucking school uniform, but she earns the respect of all viewers with her wise words and devious schemes.

Watch the anime of these female characters on Crunchyroll.